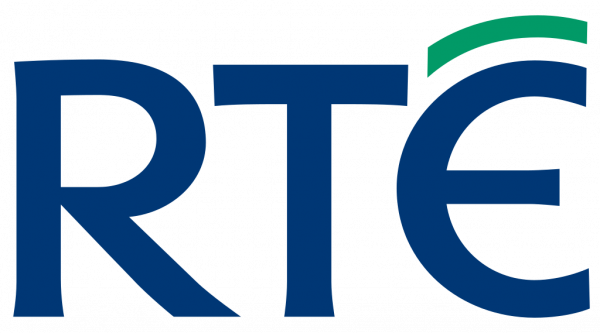 Dublin, Ireland, Jan 11, 2021 / 10:54 am (CNA).- After receiving thousands of complaints from citizens and vocal criticism from religious leaders, Ireland’s state broadcaster has apologized after a sketch on its New Year’s Eve programming joked about sexual assault, God, and the Virgin Mary.

“We accept the findings of the Editorial Standards Board that this sketch was not compliant with our own guidelines or with our obligations under the relevant codes,” RTÉ Director General Dee Forbes said Jan. 7. “On behalf of RTÉ, I fully apologize for that.”

The broadcaster’s internal review found that it had violated the Broadcasting Act 2009 and program standards that both bar material that causes “undue offense” and that require “due respect” for religious beliefs.

While satire is “an important part of the offering to our audience,” satire too must adhere to RTE standards and in governing legislation and codes of conduct, the broadcaster said.

On the RTÉ New Years Eve Countdown Show, former RTÉ News presenter Aengus MacGrianna appeared in a mock news segment from the satire site Waterford Whispers. The sketch described God as “the latest figure to be implicated in ongoing sexual harassment scandals.” It showed an elderly actor with a white beard and white clothes being led away by police, claiming he had sexually harassed and impregnated a young Middle Eastern immigrant.

MacGrianna later apologized for taking part in the sketch, saying on Twitter, “Truly I am deeply sorry for the offense, distress and hurt caused. It was wrong for me. It was wrong of me.”

The state broadcaster received thousands of complaints. It initially apologized, but left the video on its internet player for several days. It said that it would attach a warning that the material could cause offense. It later announced it would take down the program from its internet player as well.

Archbishop Eamon Martin of Armagh said Jan. 1 he was shocked the program’s staff didn’t realize how “deeply offensive” it was for a mock news report to accuse God of rape and report his imprisonment. It was “insulting to all Catholics and Christians” to broadcast “such a deeply offensive and blasphemous clip” during the Christmas season on the eve of the Solemnity of Mary, Mother of God.

Archbishop Dermot Farrell of Dublin said he was “deeply disturbed” by the segment and said he thought it failed to respect victims of rape, “this most degrading of crimes.”

Other critics of the sketch, such as the Life Institute circulated letters of protest.

“I consider it objectionable that Ireland’s principal public broadcasting station should stoop to insulting the religious beliefs of very many Irish citizens. To Catholics, the blasphemous sketch was gravely sinful in its offense to God and the Virgin Mary, broadcast within days of the worldwide celebration of Christ’s birth as Our Savior and on the eve of New Year’s Day, the Feast of Mary, Mother of God,” said one letter circulated by the Life Institute.

“Nor can one help but wonder whether RTE policy allows discrimination solely against Catholic beliefs. I have no recollection of any RTE program making so-called ‘jokes’, for example, against Islamic beliefs or the prophet Mohamed. One can only imagine the likely reaction,” the letter continued.

Some political leaders also objected, noting the burdens on daily life and religious practice under coronavirus.

“This should never have happened and I hope the solidarity and pressure brought to bear these past few days will deter its reoccurrence,” said Becky Kealy, a representative of the political party Aontú, said Jan. 7.
“For people of faith, who have seen their rights and freedoms circumscribed for months on end, it was galling to see their taxpayer monies and license fees put towards a skit that insulted Christians and demeaned victims of sexual violence.”

“On New Year’s Eve, after a tough 2020, as millions of Irish people gathered to usher in a new and hopefully better year, RTE using their taxpayer funding decided this was the exact moment to insult millions of Christians with a grossly offensive sketch caricaturing God as a rapist,” Kealy said. “We demanded better and are holding RTE accountable for their disgraceful decision.”

Róisín Shortall, co-leader of the Social Democrats, welcomed the broadcaster’s apology. She said that although she favors free speech, she did not believe it was ever acceptable to joke about rape, RTE News reports.

A Castle, a Telescope and the Real...