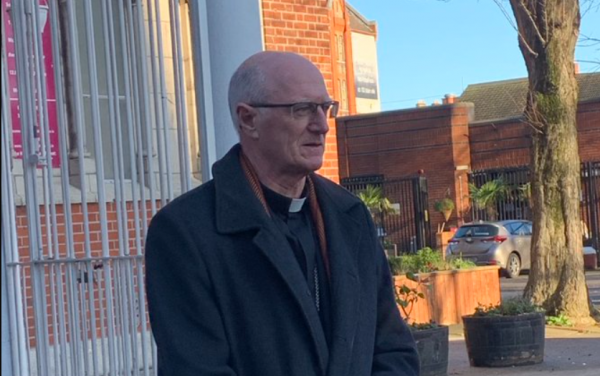 Dublin, Ireland, Jan 3, 2021 / 08:29 am (CNA).- In an interview with the Irish Times published on Saturday, January 2nd, the Archbishop-elect of Dublin, Dermot Farrell announced that he is looking into major administrative changes in the Archdiocese. Farrell addressed other issues such as priestly celibacy and women priests, but the newspaper’s quotes are too short and confusing.

Currently, half of Dublin’s priests are over 70, many of them retiring in the next few years, while congregations are aging and declining. Also, because of COVID 19, income is down by close to 80 percent, and priests’ income cut by 25 percent.

“I come as a pastor. “ “and I am up for the challenge” Archbishop elect Dermot Farrell pic.twitter.com/lQdlnUQb30

According to the Irish Times, the newspaper held a “lengthy interview by telephone” with Farrell, which turned into two stories published on Saturday, but both were heavily edited and therefore unclear about the true thinking of the Archbishop-elect.

According to the paper, Farrell believes that in a world “where there are fewer priests”, every parish in the archdiocese will have to change and some will amalgamate, but this will be done in consultation with priests and parishioners, not over their heads.

Also according to the Irish Times, the future Archbishop of Ireland’s capital city supports women deacons, “shows some flexibility” about priestly celibacy, and opposes women priests. But the quotes provided by the newspaper hardly include more than a few words and rarely a full paragraph. CNA has reached out to the author of the interview for the full version.

Pope Francis appointed Dermot Farrell (66) of Ossory, Ireland, as the next archbishop of Dublin. The Archbishop-elect is the Finance secretary to the Irish Bishops’ Conference, a position he was appointed to in March 2019.