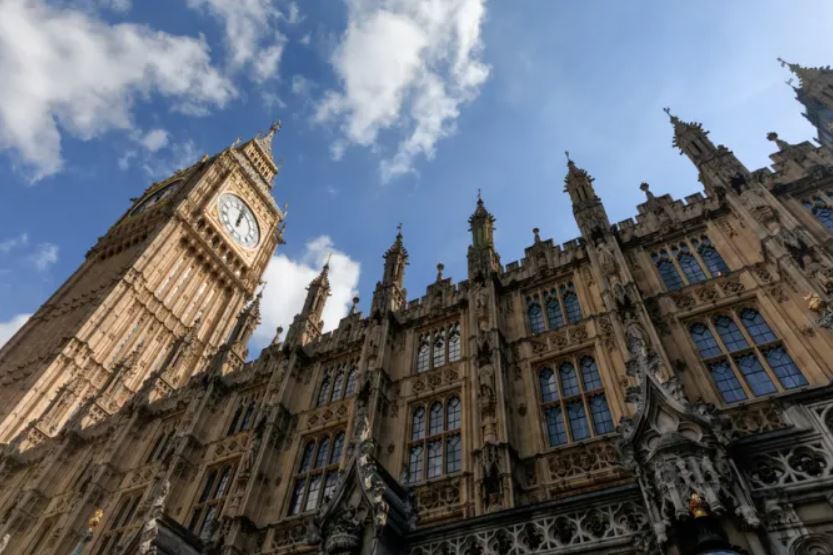 A peer in the House of Lords has put forward a proposal to revisit the legalization of assisted suicide in the United Kingdom, drawing criticism from one Welsh doctor who is an independent crossbench member of the House of Lords.

Baroness Finlay of Llandaff, who is a professor of palliative care and crossbench life peer in the House of Lords, wrote in a May 20 essay for The House magazine that a proposal to revisit what backers often term “aid in dying” is not medical assistance, but rather is unlawful assisted suicide.

“Contrary to what the words might suggest, what’s being suggested isn’t that people should be given assistance as they die.  That’s what doctors, and especially those of us who specialize in end-of-life care, do,” Baroness Finlay stated.

“What’s being proposed is something radically different – that doctors should be licensed by law to supply lethal drugs to terminally ill people who appear to them to meet certain broadly-worded conditions.  In law that’s assisting suicide and it’s unlawful,” she said.

Baroness Meacher, another independent member of the House of Lords, has tabled a private member’s bill to legalize assisted suicide, which backers often term “aid in dying.” She is the chair of the assisted suicide advocacy group Dignity and Dying. The move to table will bring the legislation up for debate.

“Fundamental to this debate is the concept of personal choice and autonomy,” she said in her own May 20 essay for The House. She contended that assisted suicide has received more public support since Parliament last considered a move to legalize the pracitce. Meacher’s bill will have its first reading May 26.

In 2015, the U.K. parliament rejected a bill to legalize assisted suicide for patients with a terminal diagnosis, by a vote of 330 to 118.

Parliament has consistently rejected efforts to change the current law. Doctors who assist a suicide in the U.K. can be sentenced up to 14 years in jail, under the Suicide Act of 1961.

It is not clear if the latest proposal will reach the House of Commons. The Sunday Telegraph, citing a senior source at the Ministry for Justice, reported that ministers will not consult or call for evidence on efforts to loosen laws against assisted suicide. Minister for Justice Robert Buckland reportedly favors the current legal guidance on the issue.

The report followed news that Health Secretary Matt Hancock had written to the Office of National Statistics, seeking data on how many Britons with terminal health conditions commit suicide. Hancock had told a private meeting of MPs and peers that he sought the information to prepare for renewed debate on legalizing doctor-assisted suicide.

Sarah Wootton, the chief executive of Dignity in Dying, said that peers in the U.K. House of Lords have tended to show a majority support for changing the law. MPs are “increasingly following suit,” she said May 17.

In her essay, Baroness Finlay expanded on her objections to assisted suicide.

“It may sound compassionate to embed such practices within health care.  But it’s also dangerous,” she said. “We rightly trust our doctors not to do us harm, even if that means sometimes being refused treatments we think we want. “

Seriously ill patients often seek guidance and not only treatment from their doctors, she said, and are “susceptible to subtle messaging.”

“A doctor who agrees to a request for lethal drugs risks sending the message, however unintended, that in his or her opinion suicide is the patient’s best course of action,” she wrote.

She said that society rightly treats people who attempt suicide with “compassion” while being clear that “suicide is not something to be encouraged or assisted.”

“Yet how can we maintain that, while saying that some groups (for now, the terminally ill) should have their suicide assisted?  Are the lives of those who are dying less deserving of efforts to improve their quality, even if prognosis is short?”

For her part, Baroness Meacher sought to make the case for legalizing assisted suicide.

“At present dying people can starve themselves to death or they can reject further treatment, or end their own lives in other ways.  We need a better alternative for dying people,” she said.

Meacher cited problems some people face at the end of life, such as a case of someone in extreme pain who might be allergic to opioid drugs or other painkillers. She cited people with motor neuron disease, saying they “may not suffer pain but steadily and irrevocably lose the ability to move and who ultimately cannot eat, drink, speak or breathe unaided.”

“For many people this strikes at the core of who they are as a person,” she said. Contending that everyone has an idea of what they would find unbearable at the end of life, she said “we can decide for ourselves: is this level of suffering bearable for me?”

The legalization proposal contains some restrictions. Two doctors must certify that a patient is terminally ill and has no more than six months to live. The doctors must certify the patient has the mental capacity to choose to die, without influence from others. The proposed law requires close relatives of patients to be interviewed, and intends that a High Court judge will oversee the process.

An all-party Parliamentary Group called Living and Dying Well is among the organizations opposed to assisted suicide. The group has published a booklet, “Truths and Half Truths about Assisted Dying,” critical of claims of assisted suicide advocates like Dignity in Dying.

Baroness Finlay questioned claims that there will be “strict safeguards” to proposals for assisted suicide. If the “safeguards” follow previous proposals, she said, “they will be vague stipulations about what ought to happen in a perfect world – that someone seeking ‘assisted dying’ should have, for example, a “settled wish to die” and should be free from pressure.”

“But what would be the minimum steps to ensure that these and other conditions were properly met? If we go by previous bills, none,” she said.

Baroness Finlay said that under the proposed bill, doctors would be required to make the “life-or-death” decisions.

While doctors can diagnose terminal illness and offer an opinion on the patient’s prognosis, she wondered, “can, or should, overburdened doctors to be required to judge whether there is something in the patient’s life that might be influencing a request – like feelings of being a burden, or subtle pressure being exerted by others?”

“No, they can’t assess it reliably,” she concluded.

She said assisted suicide or “assisted dying” is “not part of clinical care.” The questions are beyond the medical field, in areas where doctors can’t make “knowledge-based judgments.”

“Most doctors who are caring for dying patients don’t want such powers,” she said. “Therefore the minority of doctors outside this field, willing to assess requests for lethal drugs and engage in the practice, would be unlikely to have any in-depth knowledge of the people they were assessing or what is going on around the patient.”

Legalization of assisted suicide, or “aid in dying,” would “change the moral landscape,” she added.

Despite promises that the numbers of people who would pursue assisted suicide would be small, she said that in other countries that have legalized the practice, the laws have continued to become more and more permissive. She said those countries have seen rising suicide rates and “patchy and inadequate” palliative care.

Did Our Lady Appear in Brazil? The...

France Takes a Stand Against Gende...