Astrology From the Catholic Church’s Perspective 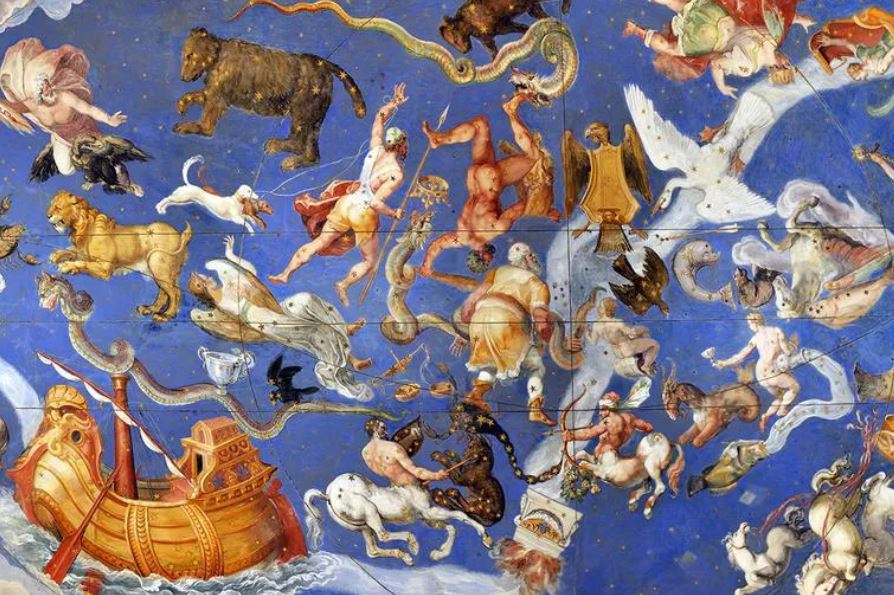 Astrology From the Catholic Church’s Perspective

Do not be deceived. God does not speak through astrologers.

“All forms of divination are to be rejected: recourse to Satan or demons, conjuring up the dead or other practices falsely supposed to “unveil” the future. Consulting horoscopes, astrology, palm reading, interpretation of omens and lots, the phenomena of clairvoyance, and recourse to mediums all conceal a desire for power over time, history, and, in the last analysis, other human beings, as well as a wish to conciliate hidden powers. They contradict the honor, respect, and loving fear that we owe to God alone.” (CCC 2116)

The Catholic Church teaches that consulting horoscopes, interpreting omens and consulting mediums or psychics “all conceal a desire for power over time, history, and in the final analysis, other human beings.” They are considered violations of the First Commandment because they “contradict the honor, respect, and loving fear we owe to God alone” (CCC 2116).

The Catechism of the Catholic Church clearly states its opposition to presumptuous sins which detract from God’s authority and powers by using an astrologer in a futile attempt at diminishing God. Astrology refuses to acknowledge God and his sovereignty. By denying us access to the future, we are ultimately reliant upon him. Some people may choose to be free of God but that’s never a good idea.

Tertullian reminds us that “nothing of God costs money.” Why would a person who claims to have a God-given talent, to be spiritually perfect and to be on a God-directed mission, want to charge people for the exercise of that gift? We can only presume two conclusions: Either this person is a charlatan who has no relationship to God and is interested in humiliating his marks, or he’s both crazy and ignorant of God and his own “abilities.”

When one seeks information or some outcome through occult means, one is wasting his time, embarrassing himself, and desperately trying to circumvent God, which is always the worst of bad ideas. People who think that they can strongarm God are in for the shock of their lifetime. Imagine what kind of worthless, wishy-washy deity astrologists and their fans believe in. According to physicist Father Georges Lemaître, God initiated the Big Bang 13.4 billion years ago and oversees the position and disposition of every quark and photon in the universe — but if you cough up $500, Maggy the Psychic at the Turnpike Mall can read minds and palms and even talk to your dead dog.

But other problems exist:

If the Church goes so far as to severely condemn a practice, why would any ostensible Christian then ignore such a dire warning? In other words, why would an individual’s pride or curiosity count for anything ― other than sin ― in making such a decision? How does anyone intentionally ignore the advice of a myriad of saints and of God himself?

God can make you a saint. All an astrologer can do is lighten your bank account and mislead you.

Instead of relying upon God, the aficionado of astrology kneels before the altar of astrology ― not an enviable place or position.

Belief in astrology never leads to God. The practitioner will inevitably come to disregard and despise God.

Pride always cometh before the fall. There was never a saint in Christian history who ever said, “No! The Church is wrong and I’m holier and smarter than anyone they can produce who says differently!” If the Church has identified a certain set of behaviors as sinful, only a remarkable fool would say, “Don’t worry about it! I know God will give me a pass on this one!”

Modern astrologers and their followers tend to be hostile to Christianity. Their egos inevitably make them place themselves over God and his Church. Again, an unenviable position that is sure to end badly. The Road to Perdition always seems like a fun and happy lark at first.

Inevitably, astrology is all about flattery — very much like Marxism — and it always gives partial readings of personality. I’ve never seen an astrology book or reading that tells someone they habitually lie, that they’re lazy, that they cheat, and so on. No astrology chart reading will help cure an alcoholic or a compulsive gambler, heal an anxiety disorder, or treat mental illness. And since astrologers reject the ideas of virtue and sin, they cannot even come to grips with the fundamentals of good character and moral choices. Astrologers are professional flatterers, reassuring their readers and clients how unique and interesting they are — while taking their money.

Where are those people who have benefited from astrology? On the other hand, many people have been led to waste time and money, make bad choices, and avoid therapy and even avoid God and the Church because of astrology. Many others have been led to despair and fatalism, or deeper into occult practices.

Christianity explains why we know we have purpose and shows us how to find it. And it places all this in context of a relationship with the God who loves us. Stars, planets and other celestial objects projecting unknown, non-scientific effects on us, don’t.

Shall we now consult demons to know the future? We walk by faith, not by sight. This is God’s plan. Paul rebuked a man who was a fortune teller (Acts 16:16-18). God isn’t speaking through astrologers. Angels and saints are noticeably mum when it comes to whispering these secrets. Who else could it be other than demons? God’s word should be more than enough to ear us through. Jesus said, “My words are spirit and life” (John 6:63).

Astrology teaches that we’re not responsible for our actions and our fate. Had a bad day? It’s because of Sagittarius. Is this part of God’s plan to make us subject to a bunch of mindless rocks floating trillions of miles away? If anything, Jesus died for us so that we can ignore astrological nonsense.

Interest in astrology is growing in the West because humans need something to believe in ― especially those who refuse to believe that they indeed need to believe in this. Astrology is like a drug. When it doesn’t give the same high, one naturally moves onto the next one. These people will either destroy themselves or will return Christ ― one or the other. Astrology has long been regarded as an enticing evil, and seems to hold answers for us, but it’s a dead-end —a wide, smooth road leading to misery, humiliation, waste and separation from God.

By consulting a horoscope to seek our path in life, we usurp the place of God in whose hands we should place all our concerns. Astrology, fortune-telling, tarot cards and the like are no replacement for God’s Providence. To be clear, fortunetelling isn’t the same as prophesying, but the man or women who is asking you for outrageous amount of money has nothing to do with God and should be avoided (CCC 2115).
Share With:
Previous Article

Barbara Shelley: Requiem for a Cat...