At Every Mass, the Angels Are Present and Active 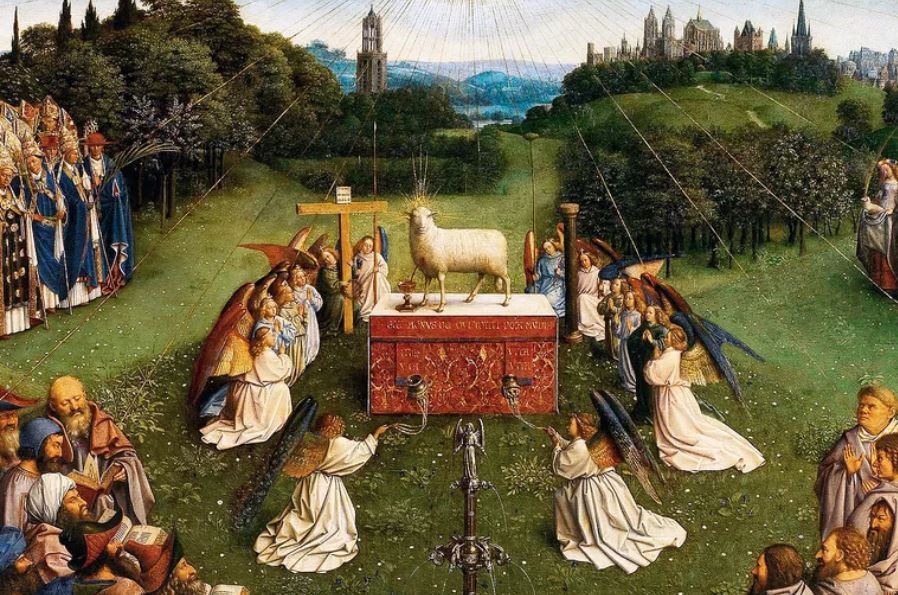 At Every Mass, the Angels Are Present and Active

“In her liturgy, the Church joins with the angels to adore the thrice-holy God.” [CCC 335]

Angels are ministering spirits mystically present and active throughout creation, in the events of Scripture, in the liturgy and in our lives. The fundamental source for these reflections is Jean Cardinal Daniélou’s book, The Angels and Their Mission: According to the Fathers of the Church. The references to the Fathers in my posts are fully footnoted in his book, but some of the scriptural passages below represent my own additions. In today’s post we ponder the presence and role of the angels in the Sacred Liturgy.

Origen reasons that if the angel of the Lord shall encamp round about them that fear him and shall deliver them (Psalm 34:7), then it is probable that when many are assembled legitimately for the glory of Christ, the angel of each that fears God encamps around him. Thus, when the saints are gathered there is a twofold Church: that of men and that of angels.

We cannot see the multitude of angels because our eyes are dimmed due to sin; nevertheless, Scripture attests to their presence. For example”

When the young servant of Elisha the man of God got up and went out early in the morning, an army with horses and chariots had surrounded the city. So he asked Elisha, “Oh, my master, what are we to do?” “Do not be afraid,” Elisha answered, “for those who are with us are more than those who are with them.” Then Elisha prayed, “O LORD, please open his eyes that he may see.” And the LORD opened the eyes of the young man, and he saw that the hills were full of horses and chariots of fire all around Elisha (2 Kings 6:15-17).

So, there are multitudes of angels who gather with us, though our eyes, blinded by sin and sensuality, cannot see them. Scripture says further and thrillingly:

Because the Mass is a participation in the heavenly liturgy, we are further assured that there are myriad angels and many saints round about. Scripture says of the Sacred Liturgy:

You have come to Mount Zion, to the city of the living God, the heavenly Jerusalem. You have come to myriads of angels in joyful assembly, to the congregation of the firstborn, enrolled in heaven. You have come to God the judge of all men, to the spirits of the righteous made perfect, to Jesus the mediator of a new covenant, and to the sprinkled blood that speaks a better word than the blood of Abel (Hebrews 12:22-24).

The Fathers, tapping into these traditions, speak of the angels’ presence:

Here, then, is but a brief reflection on the role and presence of the angels in the Sacred Liturgy. The next post will be a short treatise on the role of the guardian angels.

A Pandemic Pilgrimage to Lourdes W...