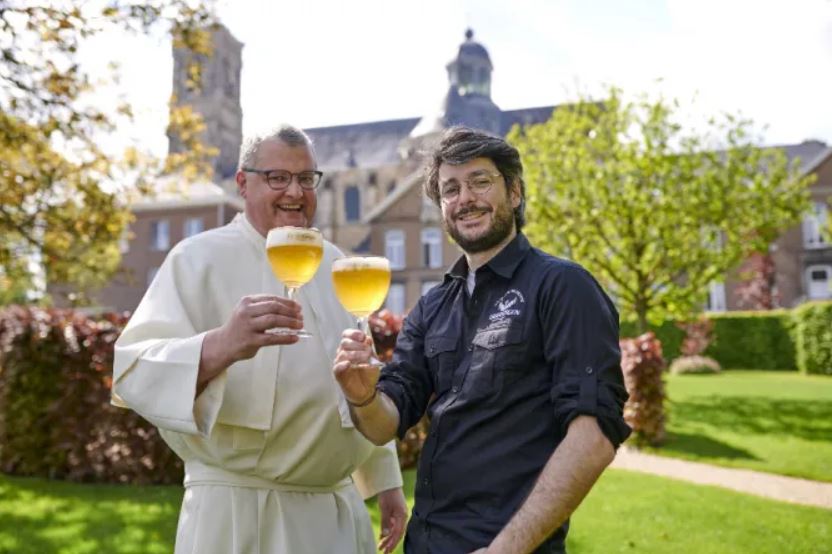 For the first time in 200 years, beer is being brewed at a historic Catholic abbey in Belgium.

The Norbertine monastery, founded in 1128, was forced to abandon beer-making when the abbey was dissolved following the French Revolution.

The abbey’s Latin motto is “Ardet nec consumitur” (Burned but not destroyed), in reference to its survival despite three devastating fires. The canons regular adopted the phoenix as a symbol of rebirth in the abbey’s coat of arms.

Fr. Karel Stautemas, the abbey’s provisor and brewer, said: “The new microbrewery is a place to reignite past traditions, just like our symbol the Phoenix we always have the strength to rise again, but to add fresh thinking too.”

“We want to combine our experience, nearly nine centuries of it, with innovation in pursuit of the most delicious and unique new brews. I think that the microbrewery allows us to do that, to explore and experiment with styles and ingredients in a really exciting way.”

In a video, Stautemas explained that the abbey’s daily routine of prayer and pastoral work would continue as normal alongside the brewery.

He said: “A typical day here in the abbey is we stand up at 7 a.m. We have morning prayer and afterward breakfast in silence. This is very important for our spiritual well-being. It helps us to focus on what is important and maintain a balance between our pastoral life and our other work.”

Grimbergen Abbey church in Belgium. / Maarten from Netherlands (CC BY 2.0).

The 57-year-old priest was instrumental in bringing beer-making back to the abbey in Grimbergen, a municipality in the Belgian province of Flemish Brabant. The abbey is home to 15 members of the Norbertine order, established in 1120.

The order was founded St. Norbert of Xanten at Prémontré, near Laon, France, and is also known as the Order of Canons Regular of Prémontré or the Premonstratensians.

Involved in the brewery project since its inception in 2016, Stautemas hopes to complete his brewing qualifications as soon as coronavirus restrictions permit.

The abbey allowed a local firm, Maes, to use the Grimbergen name and phoenix on its beers in 1958. Today the Carlsberg Group, the Danish multinational brewing giant, is the global licensee of Grimbergen.

Carlsberg Group CEO Cees ‘t Hart said: “The new Abbey Brewery is an important step for us in continuing to develop our speciality brews to meet growing worldwide demand.”

The Grimbergen Abbey Brewery has a bar and restaurant. Grimbergen will open a Brewery Experience Center later this year, offering visitors insight into the brewing process.

Stautemas’ favorite of the three is the Ignis Quadruple, which has a fiery, smoky quality and is inspired by the indomitable spirit of the canons regular at Grimbergen amid fires, wars, and revolution.

The priest works closely with master brewer Marc-Antoine Sochon. The 28-year-old from neighboring France is described as a “brewing wunderkind” who began making beer in his parents’ garage.

He said: “We are now brewing beer in the abbey for the first time again in over 200 years, a great celebration for the Fathers, for the Grimbergen community and for all those who love Grimbergen beer.”