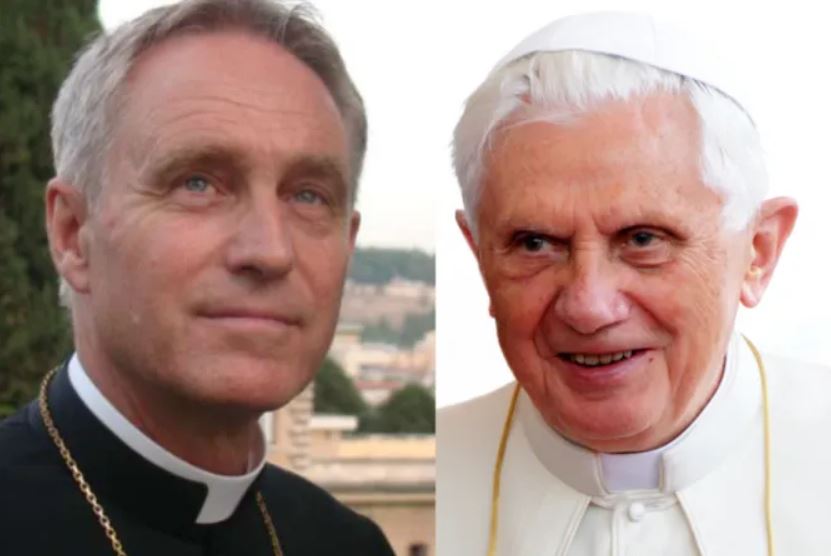 Archbishop Georg Gänswein has said that Benedict XVI is “full of zest for life” after the pope emeritus expressed the hope that he would join his friends in heaven in a condolence message.

“The art of dying well, that is, ars moriendi, is part of the Christian life. Pope Benedict has been doing that for many years,” Gänswein said.

“Yet he is absolutely full of zest for life. He is stable in his physical weakness, crystal clear in his head, and blessed with his typical Bavarian humor.”

In a letter dated Oct. 2 and released by Wilhering Abbey in Austria, the retired German pope said that the death of the Austrian Cistercian priest Fr. Gerhard Winkler had touched him profoundly.

“The news of the passing of Prof. Dr. Gerhard Winkler O.Cist., which you have conveyed to me, has affected me deeply. Among all colleagues and friends, he was the closest to me. His cheerfulness and deep faith always attracted me,” wrote Benedict XVI, who was pope from 2005 to 2013.

“Now he has arrived in the next world, where I am sure many friends are already waiting for him. I hope that I can join them soon.”

Gänswein said that the letter was “lovingly intended” and came from the heart, but did not mean that Benedict XVI “no longer has any desire to live.”

“On the contrary,” the German archbishop said.

Benedict XVI’s older brother, Georg, died in July 2020 at the age of 96. The pope emeritus made a four-day visit to Germany to say goodbye to his brother shortly before his death.

The Vatican strengthens ties with...

When will Bl. Charles de Foucauld...