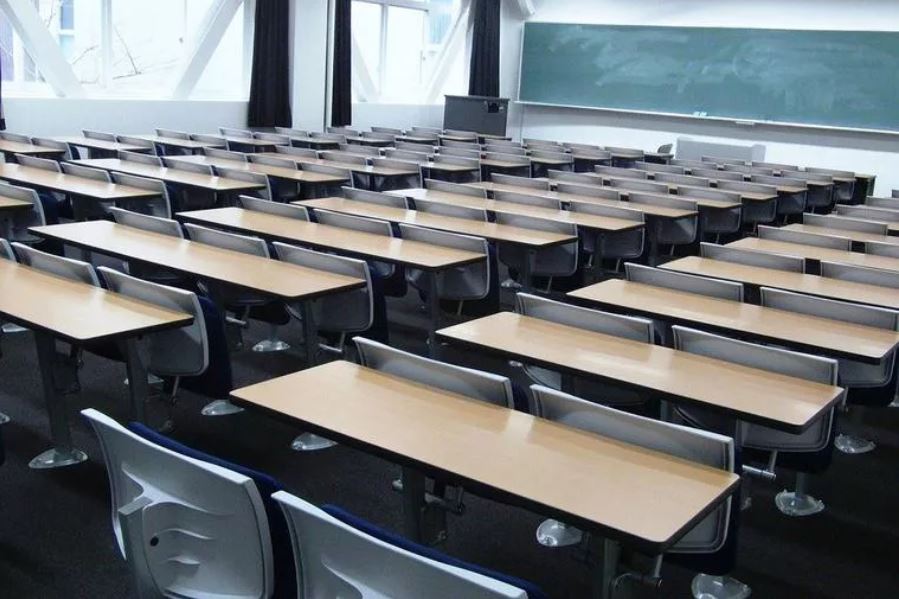 Secular education in the U.S. will always conform to the materialist and not the Christian model

The late Joseph Sobran (1946-2010) was a journalist who thrived on controversy. He was the sort of writer who did not try to please all of the people all of the time, or even most of the people most of the time. There were few readers, therefore, who did not disagree with him sometimes. Some found his views on the Middle East problematic; others his abrasively critical approach to almost everything. For my part, I found his quirkily quixotic insistence that Shakespeare did not write his own plays to be quite frankly bizarre and his book on the subject poorly reasoned.

At his best, however, Sobran was second to none. Take, for instance, an article he wrote way back in 2003 in response to a statement by Ron Paige, the Secretary of Education in the Bush administration, that “education is a civil right [and that] there should be equal access for all, not just the privileged few.”

One would have thought that this was an unproblematic statement with which few could disagree. Sobran, however, was quick to point out the devil lurking in the detail. “Certainly children should be taught something,” Sobran wrote, “but what? And if it’s a ‘civil right,’ does that mean the state should decide what it means and enforce it?” These questions needed to be answered before anyone could be comfortable with the government defining it as a “civil right.” Sobran continued:

“Since Paige and the president haven’t defined ‘it,’ we don’t have any way of knowing; but they evidently agree that the federal government must take the lead in seeing that every American child has equal access to ‘it.’”

If man is just an animal, as the materialists claim, education can be seen as “imparting to, children certain practical skills that will enable them to serve their bodily needs, desires, and comforts.” If, on the other hand, as Christians believe, man is made in God’s image, with an immortal soul, education must impart knowledge of how the Creator has revealed himself to humanity.

The problem is that secular education, at least as it is construed in the United States, will always conform to the materialist and not the Christian model. “If education is the domain of the state, as it is in America, and if the state must be neutral about religion, as the U.S. Supreme Court understands religious ‘neutrality,’ then the public schools may be organized on materialist dogmas but not on Christian dogmas. Separation of church and state, you know. Heads the materialist wins; tails the Christian loses. That’s neutrality for you.”

The bottom line is, therefore, that the “education” to which every American child has a “civil right” is inevitably going to be materialist, secularist and Godless. “And the larger the role of the federal government in ‘education,’ the worse for Christian education.”

The only solution is to switch the discussion from a “civil right” that Big Brother imposes to a discussion of the “civil responsibility” of parents to raise their children without the ideological intrusion of the government. It is not a question of “rights” to be imposed by the state but of the “freedom” of parents to choose the sort of education that they believe is best for their children. Schools should empower parents to educate their children and should not empower big government to impose its own ideological understanding of what constitutes a “civil right.”

This essay first appeared in the journal of the Cardinal Newman Society and is published with permission.

Marian statue, once desecrated by...

In a World Gone Mad, What Would St...