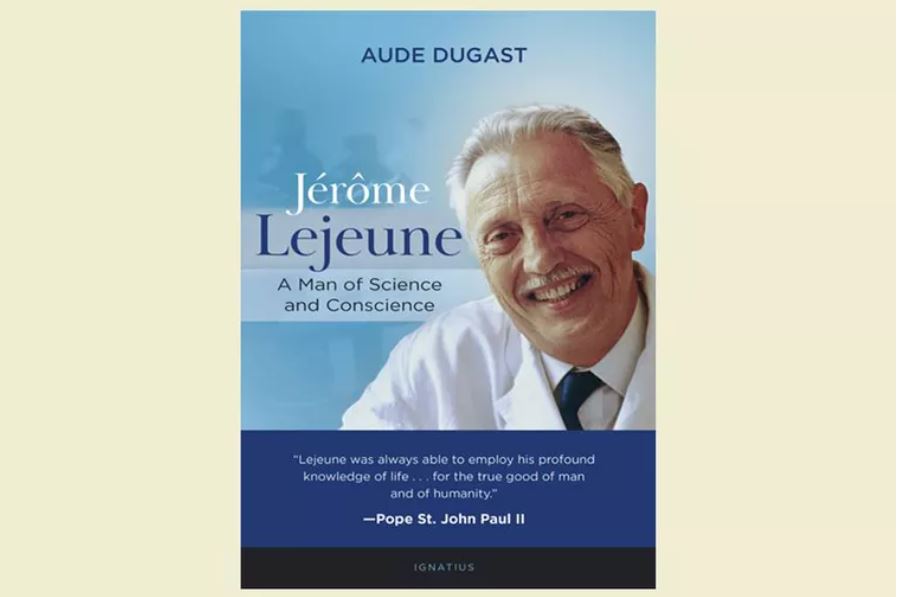 ‘Book Pick’ chronicles legacy of outspoken and uncompromising defender of human life in the womb.

A Man of Science and Conscience

French geneticist and medical doctor Jérôme Lejeune (1926-1994) is famous in two fields of human endeavor that are often falsely placed at odds with each other, namely, science and religious faith.

As a scientist, Dr. Lejeune’s early work in genetics cemented the causal connection between radiation and genetic damage. Later, in his Paris laboratory, Lejeune developed an innovative process for staining and photographing chromosomes. This methodology quickly led to the work for which he is most known in the realm of medicine: In 1959, he and his laboratory co-investigators announced that they had discovered the cause of Down syndrome, an extra 21st chromosome. For these and other important contributions to science and medicine, Lejeune is sometimes called the “Father of Modern Genetics.”

But not only did Lejeune conduct groundbreaking scientific research; he also maintained a busy clinical practice, specifically caring for children with trisomy 21.

This is where his religious faith shone, because unlike many medical professionals and certainly the culture at large, Lejeune regarded children with Down syndrome as beautiful, full of inherent dignity and of infinite value as children of God.

“These children,” said Lejeune, “wounded in their intelligence and marked in their bodies [are] the underprivileged of science.” Lejeune devoted all his scientific efforts toward discovering an effective treatment. The reason he had worked so diligently to discover the cause is because he hoped it would open the door to finding a cure:

“We made this discovery for my patients and thanks to them. … In fact, I am almost ashamed of the petty celebrity that surrounds a discovery that leads us to no treatment. It is necessary to do something!”

But, as Lejeune and his laboratory coworkers were discovering the cause of Down syndrome and other genetic maladies, another medical innovation was becoming commonplace: amniocentesis, the process of using a needle and syringe to obtain a sample of amniotic fluid. The procedure was originally developed to assess the health of the unborn infant and institute treatments if necessary.

Predictably, the agents of the culture of death were quick to pervert this lifesaving technology for nefarious purposes: prenatal diagnosis of trisomy 21 followed by elective abortion of the afflicted baby. (Recent studies have shown that such prenatal tests are mainly wrong.)

“Chromosomal racism is being waved around as a flag of freedom: They will kill the abnormal ones in utero since they can recognize the abnormal [chromosomes] by a simple amniotic sample. The fact that this denial of all medicine, of all biological fraternity that unites human beings, should be the only current practical application of the knowledge about trisomy 21 is more than heartbreaking.”

In response, Lejeune embarked upon a secondary career as an advocate for the sanctity of life.

His outspokenness and uncompromising defense of human life in the womb and his crusades against permissive abortion laws was detrimental to his scientific career. He often had to scramble to secure funding for his research when official channels refused to support his work, and he was sometimes “disinvited” to conferences. And the worst snub was being nominated several times for a Nobel Prize — which he richly deserved — but always passed over.

This book is a distillation of many years of study, research and journalistic investigation by the author, Aude Dugast, into Lejeune’s upbringing, professional career, extensive pro-life work, and devout Catholic personal life. The level of detail she weaves into the narrative is almost overwhelming at times. Also, sensitive readers may bristle at the outdated term “mongolism,” which was the common term for trisomy 21 during the early years of Lejeune’s career, before the diagnosis came to be more widely referred to as Down syndrome. Nevertheless, this is an outstanding biography of one of the greatest scientists and pro-life crusaders of the 20th century, so poignantly described by Father Robert Spitzer as “a man of the world within a man of faith … a modern man for all seasons.”

In a papally authorized decree promulgated by the Congregation for the Causes of Saints on Jan. 21, 2021, Jérôme Lejeune received the title “Venerable,” given when a person’s heroic virtue is recognized on the road to canonization.

Venerable Jérôme Lejeune, pray for us!