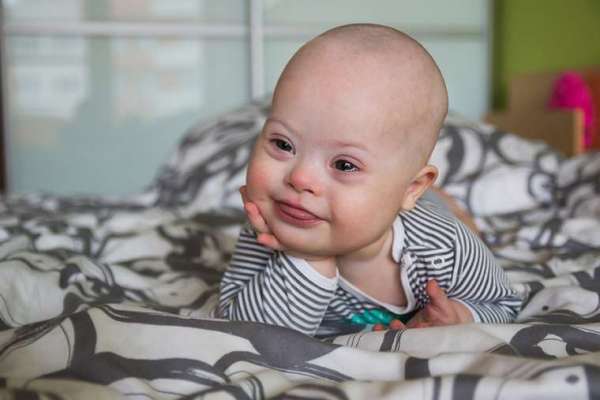 CNA Staff, Jan 5, 2021 / 03:31 pm (CNA).- The number of babies with Down syndrome who were born in Europe fell by half between 2011 and 2015— confirming the fears of pro-life campaigners in the UK, who have long argued that increased prenatal testing for Down syndrome has led many women to abort their children.

The study found that 54% fewer babies with Down syndrome were born during that period in the United Kingdom than estimates would have expected— a figure roughly in line with the European average.

Notably, in the UK, non-invasive prenatal testing for Down syndrome has been available since 2012 to any woman willing to pay the £500 bill, the BBC reports.

In Spain and Italy, the percentage of reduction was 83% and 71%, respectively.

Abortion is legal in the United Kingdom until the 24th week of pregnancy, except when continuing the pregnancy is dangerous to the physical or mental health of the mother, as well as in cases where the baby will “suffer from such physical or mental abnormalities as to be seriously handicapped.”

For these disabilities, which can include Down syndrome, cleft lip, and club foot, abortion is legal up to birth. Most of the country’s 200,000 or so annual abortions take place before 13 weeks.

Right to Life UK, a pro-life group active in the country, has documented several instances of women being pressured to abort their children as a result of the prenatal test, with one mother reporting that she had been “offered about 15 terminations,” including when she was 38 weeks pregnant. By some estimates, nine out of ten women in the UK who receive a diagnosis of Down syndrome abort their child.

Increased use of NIPT have prompted several medical professional organizations in the UK, including The Royal College of Obstetricians and Gynaecologists, to issue guidelines urging doctors not apply pressure for abortion based on the results of the tests.

An investigation last summer found that the number of births of Down syndrome babies has fallen by 30% in National Health Service hospitals that offer NIPT.

The “Don’t Screen Us Out” campaign in the United Kingdom has, for the past four years, been drawing awareness to and seeking to change the UK’s abortion laws, seeking to amend the Abortion Act 1967 so that abortions for non-fatal disabilities are outlawed in the third trimester, which starts around 28 weeks of pregnancy.

Lynn Murray, a spokesperson for the group, told CNA in an interview last year that the campaign began in response to the government’s proposal of a relatively new screening method for Down syndrome— known as “cell-free DNA” tests— that, according to the government, would find an additional 102 cases of Down syndrome a year.

Given the high rate of termination for babies in the UK found to have Down syndrome, the campaign formed in order to try to get the government to assess the impact that the non-invasive prenatal testing technique— which is already being offered at NHS hospitals— would have on the Down syndrome community. The campaign attracted attention among Britons with similar concerns, she said.

Early last year, a 25-year-old British woman with Down syndrome, Heidi Crowter, launched a lawsuit against the UK government seeking to change the laws.

In October, the High Court of England and Wales agreed to hear the legal challenge.

The UN Committee on the Rights of Persons with Disabilities has consistently criticized countries which provide for abortion on the basis of disability. In some countries, such as Iceland, the abortion rate for babies believed to have Down syndrome is close to 100%.

Servant of God Jerome Lejeune discovered the genetic cause for Down syndrome— an extra copy of chromosome 21— in 1958. He spent the rest of his life researching treatments and cures for the condition, advocating against the use of prenatal testing and the abortion of unborn children who were found to have Down syndrome.

Berthe Lejeune, Dr. Lejeune’s widow, has said her husband was heartbroken that many doctors and governments have since used his discovery to “screen out” babies with Down syndrome, targeting them for abortion.

“He thought that all doctors would be happy to find research to cure them,” Lejeune told EWTN Pro-Life Weekly in 2017.

“But sadly, all government[s], not only in France, said: oh, it’s a wonderful discovery. You can detect these little sick children before they are born, and so take them away with an abortion.”

Why Does the US Electoral Process...