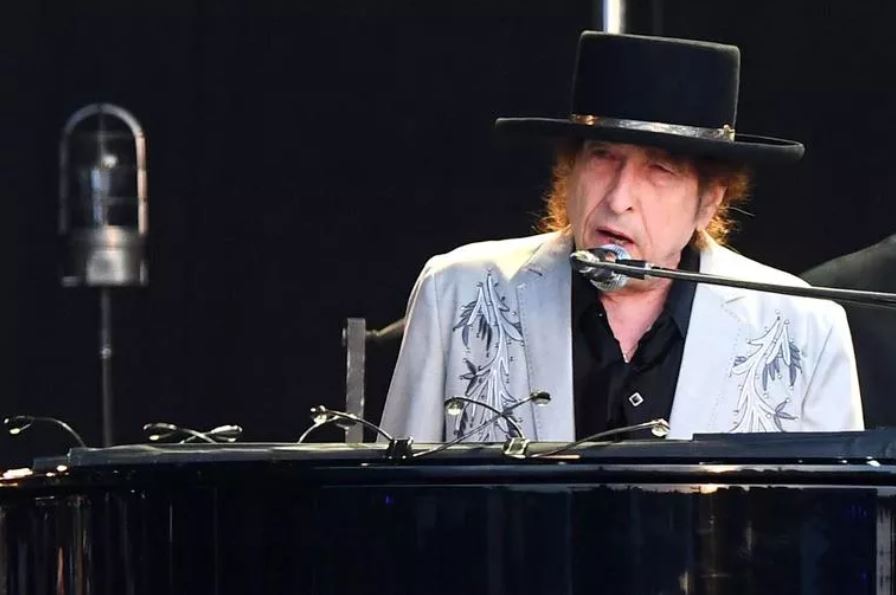 COMMENTARY: In a career that spans six decades, the gifted lyricist hasn’t lost the edge that first thrust him into public consciousness in the 1960s.

It has always been easier to say what the artist known as “Bob Dylan” was, than to answer who he is. Songwriter, folk artist, protester, rock star, country singer, Christian, Jew — trying to define him has been a movable feast. Or is it that these changing contexts simply denote someone who has had to keep moving on account of the target on his back?

Dylan keeps you guessing. The one thing that can be said about him is that, like the rolling stone he has sung about these past decades, he has kept moving and changing — musically, and as a man — while at the same time curiously staying exactly the same. Like so much about Bob Dylan, it is a paradox.

He came from nowhere. Drifted into New York City in the winter of 1961. A 19-year-old kid from the Midwest, he knew no one in the city. He could play guitar; he had read a book on Woody Guthrie; he wanted to be a folk singer just like his hero. That was it. But as President-elect John F. Kennedy, Jr. was inaugurated and a New Frontier was proclaimed, another inauguration was about to take place in the folk clubs of Manhattan. Within a week of his arrival the 19-year-old had tracked down Woody Guthrie and was sitting at his feet playing songs for him. The music star thought the kid was good. It was only the start.

Within a matter of months, he was a fixture playing New York folk clubs, making a name for himself. Soon he was making his first album; the future looked set fair. That first album, Bob Dylan (1962), was merely a calling card. His second album, The Freewheelin’ Bob Dylan (1963), rocketed — and with it, Dylan was blasted into an iconic stratosphere from where he has never quite returned.

He went to New York City to be a folk singer and achieved this easily, taking the folk scene by storm. Then he turned protest singer; hitting the zeitgeist, Dylan was anointed the “voice of a generation.” When just days after he recorded The Times They Are a-Changin’ for release in 1964, and the president of the New Frontier was slain on the streets of Dallas, this singer was viewed by many as a sort of prophet.

Yet, somewhere in the past, Dylan had been Robert Allen Zimmerman. Sometime in the past he had grown up in a close-knit Jewish community in the Minnesota town of Hibbing (population 16,000). As hard as future biographers would look they could find little of significance in his childhood upbringing. He was unremarkable by all accounts — an average student, in an average town, with average ambitions. Or, so it seemed.

When the protest songs ended, Dylan slipped easily into the role of rock star. Watch the documentary Dont Look Back (1967). On this film of his 1965 tour of England, with the requisite attendant hordes of juvenile fans more intent on screaming than listening to him, he is as much a “pop star” as the Beatles were.

Day and night, during the tour, surrounded by an entourage of fellow musicians, managers and flunkies, he is seen being interviewed. He gives nothing away, of course, preferring instead to joust with his interrogators.

At one point a young female journalist asks if he reads the Bible. His answer is muffled, non-committal, uncomprehending even as to why the question has been posed. This would soon change. But for now, he is playing the role of rock star. He would tire of this quickly, however, more quickly than anyone could have guessed.

In July 1966 he crashed his motorcycle. While convalescing, Dylan read the Bible. Perhaps that question posed by a journalist in England had provoked something. He continued to read and re-read the Bible. Then he disappeared from view.

When he resurfaced it was with the 1967 album John Wesley Harding suffused with Biblical allusions, both overt and covert. Some critics have suggested that there are as many as 60 scriptural allusions made over the course of an album lasting a mere 38 minutes.

By the late 1970s, when he was approximately 38 1/2 years old, Dylan made his public proclamation of Christian belief in albums such as Slow Train Coming (1979) and Saved (1980). Few spot the seeds planted long before, though, not least in this mysterious moment when, in 1966, the rock star “fell from his horse” and turned mystic.

But just when he appeared to have the world at his feet, had he really fallen to his knees?

The Master of Reinvention

People overlook the notes of dissatisfaction in the words and music of Bob Dylan. Needless to say he was dissatisfied with the official cant of politicians and of the self-satisfied. But there was a deeper dissatisfaction; maybe “disappointment” would be the correct description. Not surprising, perhaps, when one considers that the skinny 5-7 kid who hitched a ride to New York City in the winter of 1961 had achieved in four years all he had desired and more.

Dylan’s music, to European ears at least, evokes something of the American dream. It shows a world hoping for a fresh start, a new beginning, the longed for wiping of the slate clean — and the much-prized possibility to reinvent oneself. He is quoted as saying that the man “not busy being born is busy dying.” Dylan is the master of reinvention.

By the end of 1960s he had swapped rock-star status for the country music scene, producing albums such as Nashville Skyline (1969). Change and change again; Dylan just kept moving. Why? Perhaps it is because “the dream” he desires is not a materialistic one, and never was. When he pitched up on a snow-covered New York street in 1961 he never once said he had come looking for riches or even fame. Why he came and why he stayed remains as spiritually cryptic as the man whose real name is not Bob Dylan.

Private to the point of secretive, what we do know is that he got married in late 1965. The couple had children; they divorced in 1977. It was soon after this that Dylan publicly embraced Christianity. Shockwaves went round the rock world. Looked at now, perhaps his conversion was inevitable — too much denouncing falsehood, too much seeking truth, too much time spent reading the Bible.

In the years that came after, the dissatisfaction faded. As the 1980s progressed a new certainty appeared in his songwriting. Soon it had morphed into a more enigmatic, harder to place, quizzical take on the world around him. He was never going to be one of that ’60s’ Generation doomed to recite in middle age the same mantras they had parroted in youth. Dylan, as usual, kept moving, and expected his audience to do the same.

In album after album in decade after decade, he still rails. He has too much truth to say about the fallen human state to stop. Life is disappointing, people disappoint, careers go up and they go down, and nothing recedes quite as quickly as success. Dylan has known all this, and when middle age beckoned, he saw it all in even starker relief.

And so he keeps on keeping on, freewheeling somewhere new. It is no coincidence that his songs often feature drifters — men with little identifiable pasts who move about aimlessly, seeking something undefined, grateful for shelter from the storms that they encounter along the way. These are men who live for today, because tomorrow is always a long way off on some distant horizon. He once said, “When you’ve got nothing, you’ve got nothing to lose.” Impermanence is the hallmark of the Dylan universe.

It was June 1989 when I saw him in concert. Standing on stage, he seemed then more Old Testament prophet than rock performer. His lyrics sounded out like a pointed finger that jabbed the audience while provoking insight and remorse in equal measure.

On that Sunday night, after nearly 30 years on the road, reminiscent now of a preacher at a revivalist tent meeting, Dylan had lost none of his zeal. Still following his vocation, he was prophet, disturber, a verbal magician; to this day he remains the official pointer to something more, something better.

A prophet is someone sent by God to expose the lies of the times, and by so doing to recall that generation to its lost innocence, one traded for a falsehood.

The youth who arrived homeless and penniless on the streets of Manhattan has been preaching now for 60 years. A prophet with a young voice, from the start he proclaimed a very old message: Repent! The first track on his debut album was entitled: You’re No Good. He was speaking to the complacency at the heart of Western society. He has not stopped since; I suspect he never will.

Here are my own 10 essential Bob songs. Place your own in the comments below.

The Lonesome Death of Hattie Carroll

Righteous anger-inducing true crime told in song as only Dylan can do.

Ballad of a Thin Man

Sounding like a film noir written by poet, Dylan calling it out and then some.

How does it feel? Dylan as chief prosecutor. Never did a pop music question defy dodging.

Sad Eyed Lady of the Lowlands

Dylan the romantic — forever forlorn, but then it takes sad eyes to see them.

All Along the Watch Tower

Suffused with Biblical imagery, Dylan at his most poetically intense.

Dylan at his most epic, this is thrilling if tragic storytelling in sound and fury.

Atmospheric and moody; one can almost hear it coming down the track and this time it is a Christian Dylan who is awaiting its arrival.

The heartfelt personal confession of a newly converted Dylan.

Dylan as magician — the enigma inside a riddle wrapped up in glorious poetic imagery.