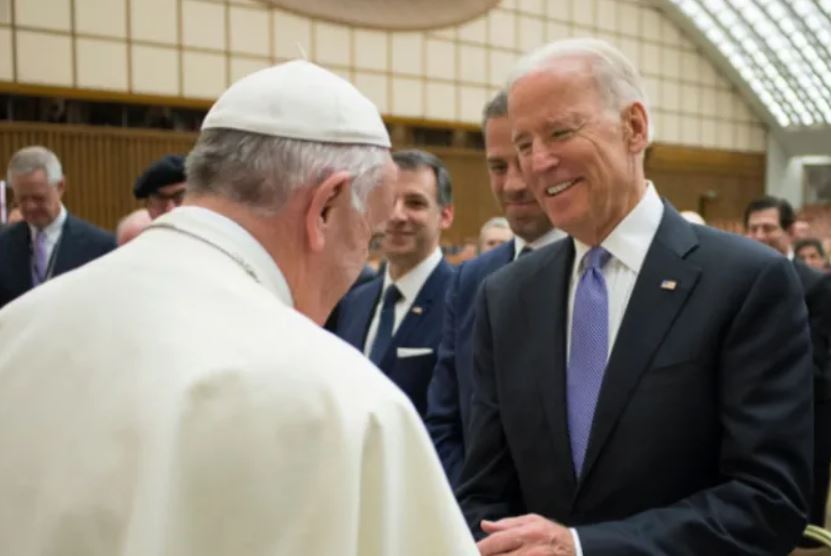 President Joe Biden’s attendance at early morning Mass with Pope Francis has been nixed from an early plan of the June 15 meeting of both leaders, a reliable Vatican source told CNA.

President Biden, who is in Europe for several high level meetings, is taking off the morning of June 15 to meet Pope Francis as President of the United States for the first time. The President’s entourage had originally requested for Biden to attend Mass with the Pope early in the morning, but the proposal was nixed by the Vatican after considering the impact that President Biden receiving Holy Communion from the Pope would have on the discussions the USCCB is planning to have during their meeting starting Wednesday, June 16. The U.S. bishops are slated to vote on creating a committee that would draft a document about Eucharistic coherence.

President Biden is traveling from Brussels, where he attended the G7 meeting, and will immediately fly to Geneva for his scheduled summit with Russian President Vladimir Putin on June 16.

Then-U.S. Vice President Biden met Pope Francis for the first time in September 2015, when the Pontiff visited the United States to attend the World meeting of Families in Philadelphia.

The following year, on April 29, 2016, Biden went to the Vatican for a summit on regenerative medicine, where he praised Pope Francis and advocated for a global push to cure cancer.

Biden opened his speech at the Vatican by recalling how, while visiting the United States the previous September, Pope Francis had comforted him after the loss of his eldest son Beau, who passed away the previous summer at the age of 46 from brain cancer.

The 3 Heroic Priests Aboard the Ti...