California to Be Consecrated to St. Joseph 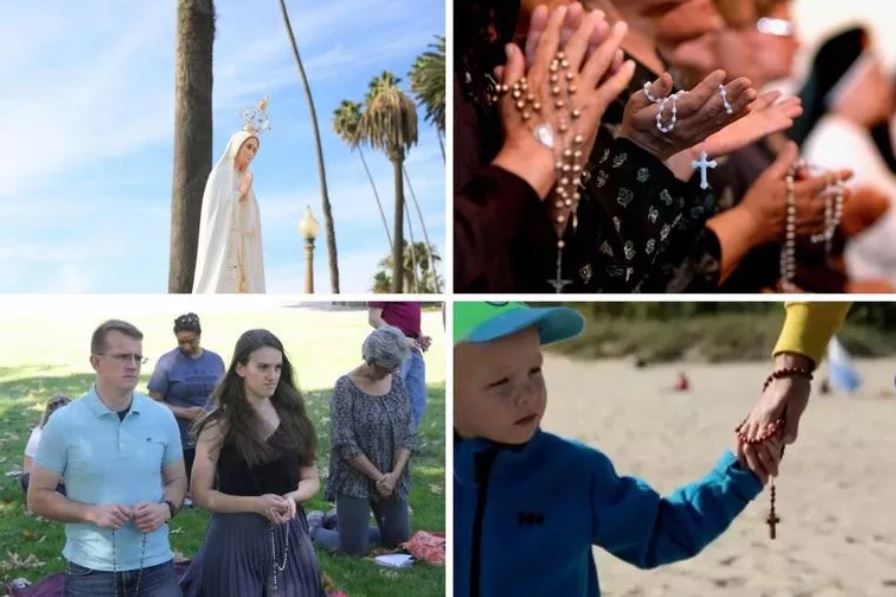 California to Be Consecrated to St. Joseph

Lay initiative gathers the faithful together to honor the Patron of the Universal Church.

COSTA MESA, Calif. — The feast of St. Joseph the Worker on May 1 is the perfect time for a prayer event on the Pacific Coast aptly called “Consecrate California to St. Joseph.”

The main event will be held at St. John the Baptist Church in Costa Mesa. The BVM Blue Mantle, the group organizing and sponsoring the event, has been urging as many people as possible to join the consecration. Those who cannot attend at St. John the Baptist can join in the consecration at participating churches that include St. Mary Catholic Church in Escondido, St. Ephrem’s in El Cajon, Star of the Sea parish in San Francisco, Our Lady of Mount Carmel and St. Anne in San Diego and St. Andrew Church in Pasadena.

The faithful who are not near these churches are encouraged to join in the consecration by going near the California coastline, parallel to the San Andreas Fault, to recite the prayers.

“Let’s ask St. Joseph to help us to defeat the culture of death,” the BVM Blue Mantle organizers said in a recent release. “Together we are praying for an end of abortion, euthanasia, natural disasters. As brothers and sisters in Christ, we will be praying for the sick, elderly, unwanted, and an end to the violence, sex abuse, drugs, alcoholism, sex trafficking.”

The BVM Blue Mantle describes itself as a group of Catholics whose love for Our Lord and Mary inspired them to consecrate California to Our Lady, in 2018, and now to also consecrate the Golden State to St. Joseph. Their many supporters include Archbishop Salvatore Cordileone of San Francisco, Bishop Robert Vasa of Santa Rosa, pro-life advocate Lila Rose and Catholic speakers Jesse Romero, Sarah Swafford, Patrick Coffin, Jackie Francois Angel, Tim Staples and Father Chad Ripperger, in addition to the organizations America Needs Fatima and Catholic Answers.

Father Donald Calloway of the Marian Fathers of the Immaculate Conception of the Most Blessed Virgin Mary, who will serve as the event’s guest speaker, said he was “excited to be participating” in the consecration.

“In these very difficult times, we need a message of hope, and all families, marriages, men, women, children, bishops, priests and nuns need to go to St. Joseph,” added Father Calloway, the author of Consecration to St. Joseph. Anyone who chose to partake in his 33-day consecration preparation program began on March 30, in order to conclude on May 1.

Consecrate California to St. Joseph begins with Mass at noon, Pacific time, at St. John the Baptist Church. At 1:15pm, the priests will do the prayer for the Consecration of California. At 2pm everyone will join in a procession with a St. Joseph statue, followed by Father Calloway’s talk on consecration to St. Joseph.

The faithful can join in the broadcast of the Mass on ConsecrateCalifornia.com via “Mass Online” on the menu bar, or watch on the BVM Blue Mantle Facebook page. The official website offers the consecration prayers to St. Joseph, along with other St. Joseph prayers in English and Spanish.

From the consecration prayer:

“O God, who in thine ineffable Providence didst vouchsafe to choose Blessed Joseph to be the spouse of thy most holy Mother, grant, we beseech thee, that he whom we venerate as our protector on earth may be our intercessor in heaven. Who lives and reigns forever and ever. Amen.”