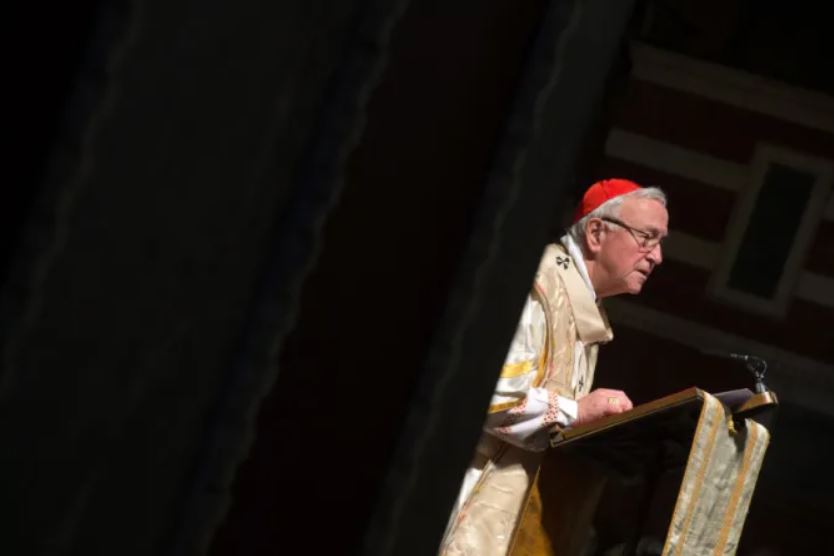 A cardinal said on Thursday that the death of 27 migrants attempting to cross the English Channel is “a tragic summons to action.”

Cardinal Vincent Nichols, president of the Catholic Bishops’ Conference of England and Wales, appealed on Nov. 25 for “focused international cooperation” to prevent further deaths in the waters between France and the U.K.

“The terrible loss of so many lives in the Channel is a tragic summons to action. This event illustrates graphically both the ruthless evil of the traffickers and the desperation of those trying to escape poverty, conflict, or persecution in search of a better life,” the archbishop of Westminster said.

“Every one is a child of God, with an innate dignity and worth. Focused international cooperation, safe routes to sanctuary and joint efforts to tackle poverty are all needed in the face of a global flood of desperate humanity.”

The BBC reported that 17 men, seven women, and three children died on Nov. 24 when their boat sank near the French port of Calais. It was the deadliest incident in the Channel since the International Organization for Migration began collecting data in 2014.

French police have arrested five people in connection with the deaths amid an ongoing dispute between the British and French governments over a surge in migrants attempting to make the treacherous crossing.

Responding to the deaths, French President Emmanuel Macron, who is due to meet Pope Francis on Friday, said: “France will not let the Channel become a graveyard.”

A memorial plaque for migrants who have died in the English Channel in Dover, Kent. Mazur/cbcew.org.uk.

Catholic leaders in the U.K. and France have repeatedly called for greater efforts to stem the crisis.

“Once again children, women, and men who have left everything behind in search of a better world have been crushed by the sea,” they said on Nov. 25.

“How can we not mourn them? How can we not be heartbroken? How can we not revolt against the ignominy of those who take advantage of their fragility and their hope for a better life for their families and themselves, to rob them before sending them in fragile boats to certain death?”

“How can we believe that closing borders and reinforcing security can provide a lasting solution to this migratory crisis?”

“The challenges of contemporary migration are certainly complex, and we Catholics are also very small in the face of this,” they said.

Citing the pope’s words at a 2018 Mass for migrants, they said that “with Pope Francis, we believe in the response ‘of solidarity and mercy’; ‘a response less concerned with calculations, than with the need for an equitable distribution of responsibilities, an honest and sincere assessment of the alternatives and a prudent management.’”

“Young people from Africa are being taken away from their country, their understandings, their lifeblood,” the Guinean cardinal said.

“Then, these young people are presented with Europe as an Eldorado. They are told that they will have everything, when this is not true.”

“And finally, we do not react against the smugglers who take advantage of their naivete and make them die in the middle of the sea. We should fight this evil at its roots and present Europe as it is, with its difficulties too.”

Thanksgiving: The Best Remedy for...