Cardinal Parolin: I am sad to see the loss of faith and reason in Europe 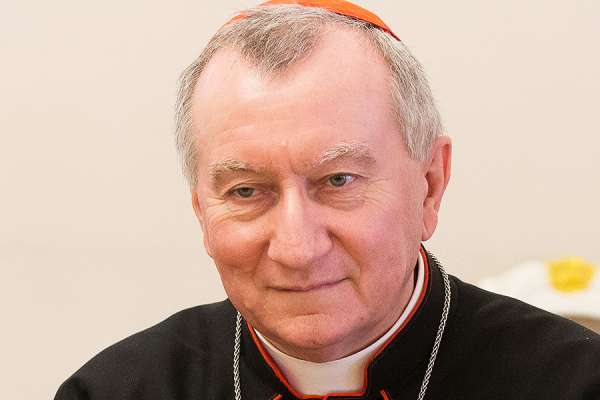 Cardinal Parolin: I am sad to see the loss of faith and reason in Europe

Rome Newsroom, Apr 6, 2021 / 04:05 am (CNA).- The Vatican Secretary of State said in an interview this week that euthanasia and abortion laws in Europe represent not only a loss of faith but also a loss of reason.

“I am very sorry for the loss of faith in our Europe, in our culture, in our countries, and these anthropological changes that are taking place, losing the identity of the human person. Before a loss of faith, I would say that it is a loss of reason,” Cardinal Pietro Parolin said in an interview with the Spanish network COPE published April 5.

“Why? The pope says it many times. It shocked me a lot. He says for example: the question of abortion is not a religious question. It is certainly also for us Christians from the beginning, from the first documents of the Church, there is a total rejection of abortion, but it is an argument of reason. Likely today, as Benedict XVI was saying, the fundamental problem is reason, not faith.”

Cardinal Parolin said that the Church’s response to these societal changes should be “to offer a coherent and convinced witness of Christian life.”

“It seems to me that the situation we are experiencing can be compared with the first centuries of the Church, when the Apostles and the first disciples arrived in a society that did not have Christian values, ​​but through their testimony of the first communities managed to change the mentality and introduce the values ​​of the Gospel in the society of that time. I think this is the way we still have to do today,” he commented.

During the 24-minute interview in Spanish, the cardinal described Pope Francis as “a simple man without protocol” who takes great care to be close to the people.

“His desire is to make the Church more credible in proclaiming the Gospel,” the cardinal said.

Parolin, 66, has served as Vatican Secretary of State for the last eight years. He said that he viewed ecclesiastical diplomacy as a way of living out his priesthood.

“We are at the service of communion and also of the defense of the freedom of the Church and religious freedom. That is my way of looking at diplomacy,” he said.

When asked about the Vatican’s relations with the Chinese government, Parolin said that he had “a positive outlook.”

“The steps that have been taken, even though they have not resolved all the problems that are still there and will probably take a long time, are on the right course towards a conciliation within the Church due to this problem of differences, there is too much … separation,” Parolin said.

“So we look at the Church in China with great respect, also for its history, the future is based on history, a history of much suffering,” he said. “I think this has to be the point of view, the great respect that we have.”

The cardinal said that “everything is being done to ensure a normal life of the Church in China,” with “spaces of religious freedom” and communion with the pope.

Parolin also commented on Pope Francis’ March 5-8 trip to Iraq, which he described as “very emotional.”

“The Church has suffered because Christians, unfortunately, have been persecuted by all the conflicts and by all the forces that want to uproot the Christian faith in that country … But what they have taught us is the testimony of faith that goes as far as martyrdom. From there we can draw a great lesson from Iraqi Christians,” said Parolin, who accompanied the pope on the visit.

“Sometimes it seems to me that as Christians in Europe, in the West, we are too cold towards our brothers. I wish there was more solidarity, more closeness, more ways to express our support and help to move forward. They teach us this ability to be faithful despite all difficulties, but at the same time they ask us for greater solidarity,” the cardinal said.

After His Resurrection, Jesus Appe...