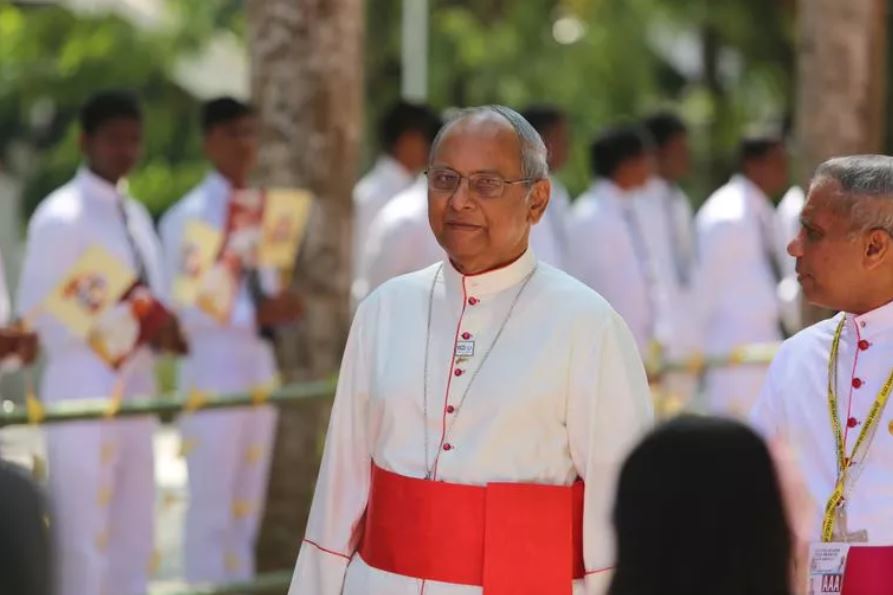 More than 260 people died and over 500 were injured in the coordinated suicide bombings on three churches, four hotels, and one housing complex on Easter Sunday in 2019.

COLOMBO, Sri Lanka — Praying in one of the churches that was bombed on Easter Sunday in Sri Lanka two years ago, Cardinal Malcolm Ranjith and the bombing victims’ families asked that “the full and complete truth behind this bloodshed be made known.”

“Almighty Father, God of truth and justice, we firmly believe that you never forsake your flock in the face of trials and tribulations,” Cardinal Ranjith prayed in St. Anthony’s Church after the April 3 Easter Vigil Mass.

“Look with compassion on your children who are experiencing the bitter consequences of the horrendous terrorist attack … Lend your ear to the earnest application of those who through their tears plead with you that the full and complete truth behind this bloodshed be made known,” he prayed.

The “Prayer for the Emergence of Truth of the Easter Sunday Massacre,” recited by all in the congregation, included the plea: “Just as the blood of Abel cried out to you for justice, the blood of our brothers and sisters, the Easter bomb victims, now cries out to you for truth and justice. Guide our civil leaders to conduct all investigations impartially and for transparency.”

More than 260 people died and over 500 were injured in the coordinated suicide bombings on three churches, four hotels, and one housing complex on Easter Sunday in 2019.

Ahead of the attacks, foreign intelligence gave warnings to the government. But a communication breakdown between the then president and prime minister reportedly led to a failure to stop the attacks.

The archbishop of Colombo has been pushing for Sri Lankan authorities to be held responsible for failing to prevent the bombings following the completion of the Presidential Commission of Inquiry’s report into the government’s handling of the attacks.

14 Amazing Promises Jesus Made to...

With Churches Closed Due to COVID,...