Cardinal: Renewal of Knights of the Holy Sepulchre goes deeper than swords 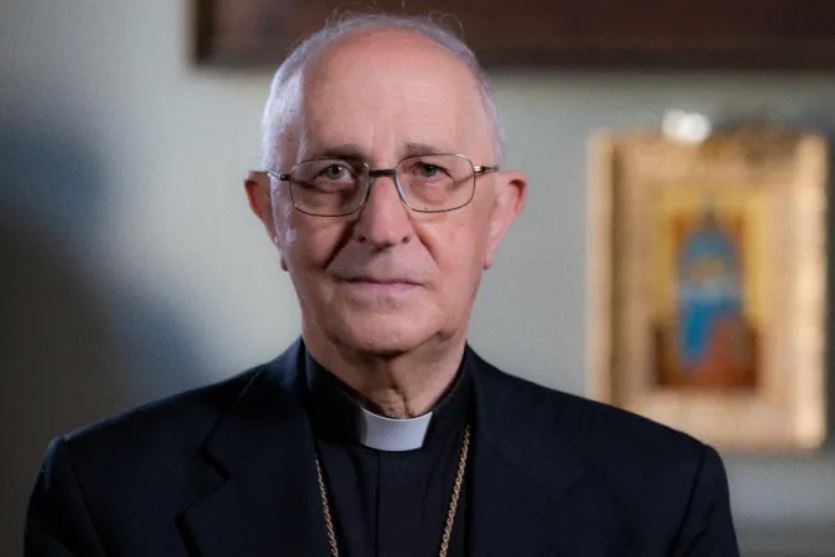 Cardinal: Renewal of Knights of the Holy Sepulchre goes deeper than swords

The leader of the Equestrian Order of the Holy Sepulchre has defended changes to the order’s rituals amid criticism that the swearing-in rite no longer features a sword.

Cardinal Fernando Filoni, the order’s Grand Master, told CNA that the changes did not mark a break with tradition and were part of a broader reform linked to the renewal of the order’s statutes last year.

He said that the recent reforms followed the rationale set out by St. Paul VI. In a homily in 1967, the pope spoke of a renewal faithful to the order’s original statutes.

The Equestrian Order of the Holy Sepulchre of Jerusalem is a lay institution under the protection of the Holy See. Its first mention in historical records dates back to 1336. Today, it has around 30,000 members in almost 40 countries and is dedicated to supporting the Church in the Holy Land.

A new order of rites for the Knights of the Holy Sepulchre’s celebrations was delivered to members on May 7. The publication, promulgated on March 19, was met with criticism focusing on the absence of an ornamental sword in the swearing-in rite.

In a May 12 reflection on the order’s website, Lieutenant General Agostino Borromeo said that the first text for the investment of knights was dated 1623.

He said “it appears that the ceremony was centered on the delivery of the sword to the candidate, who, on having unsheathed it from the scabbard, handed it to the celebrant.”

“The latter, tracing the sign of the cross in the air three times with it, touched the candidate’s shoulders with his weapon,” he wrote.

The new knight then returned the sword to the Franciscan Custos of the Holy Land. The weapon was thought to have belonged to Godfrey of Bouillon, a leader of the First Crusade and the first ruler of the Kingdom of Jerusalem.

In 1888, Pope Leo XIII admitted women to the order. Since Dames were not foreseen in a chivalric order, they were sworn in with a different formula and without the sword.

The latest reform, Borromeo said, was necessary because “at the beginning of the 21st century, it no longer seems acceptable that people bound by the same obligations and holders of the same rights are received in different ways in the same institution.”

He added that the new order of rites would ensure that “from now on, the celebration of the most solemn act foreseen by the liturgy of the order, is identical, in words and gestures,” throughout the order.

Filoni told CNA that the goal of the reform was not breaking with tradition or advocating for gender equality within the order.

“In the symbology of a chivalric order the sword has an important meaning,” the 75-year-old Italian cardinal said. “The sword evokes virtues like loyalty, fidelity, solidarity, honor, nobility of mind, fortitude, self-denial, defense of justice, truth, and above all faith, hope, and charity.”

Members of the Equestrian Order of the Holy Sepulchre. / Christoph Wagener via Wikimedia (CC BY 3.0).

The Grand Master noted that the updated ritual did not entirely eliminate the sword.

“The sword is foreseen in the Vigil of Prayer before the conferral of knighthood. It is among the symbols, which also include the spurs (for the Knights) [and] the vase of scented oils (for the Dames),” he said.

The other symbols are “the cross-shaped necklace, the cloak, the cap, the veil, and the gloves,” which are the garments of a knight or dame. Members of the clergy wear the mozzetta (a short cape with a hood), and religious brothers and sisters respectively wear a white scarf and a black shawl.

Filoni underscored that “the cross of Jerusalem is the main distinctive sign.”

He also stressed that the symbols “reflect spiritual realities, foster the practice of the Christian virtues and favor a more intimate participation in the order’s life.”

He said that the changes to the rites should be seen in the context of the wider renewal of the order.

“After Pope Francis approved on May 11, 2020, the new statutes, some of our members asked me to boost the order’s spirituality,” he said. “For this reason, I wrote a book, ‘The House was Filled with the Fragrance of the Perfume,’ on the spirituality of the Holy Sepulchre.”

The book will be published in English by the Sophia Institute Press.

The reform of the rites goes hand in hand with the reform of the statutes and spiritual renewal, Filoni explained. The reform’s main principles, he said, were “simplicity and solemnity, as it is the duty for an ancient order whose existence is linked to the Holy Sepulchre of Jerusalem.”

Filoni reiterated that the new rites were not intended as a token gesture towards gender equality. He said that “speaking of gender equality or respect toward women is an understatement. Women are admitted into the order since the 19th century, long before the current times.”

The Grand Master added that the Dames are full members of the order, both in terms of participation and contribution.

He said: “Our order is inclusive. It is an order of lay people that accepts bishops, priests, religious brothers, and sisters, and each of them contributes with their great love to the land of Jesus and the Mother Church. It is far more than the sociological notion of gender equality.”

Filoni added that the Equestrian Order of the Holy Sepulchre is not just an honorific order. It aims to make a contribution to the Holy Land, and “men and women do that with equal dignity.”

Speaking of the Holy Land, Filoni said that the order had already received requests for aid following the latest outbreak of the Israeli-Palestinian conflict.

“We are in deep communion with the Patriarchate of Jerusalem. No one can remain indifferent toward the situation of the population in the land of Jesus,” he said.

The cardinal wrote a prayer for the Holy Land at the beginning of the most recent conflict and asked all its members and whoever wishes to recite it.

Filoni stressed that the order supports the initiative of the Latin Patriarchate and that all the lieutenancies, or local organizations, of the order are called to organize whatever is needed for support.

A former diplomat of the Holy See who experienced three conflicts — in Sri Lanka, Iran, and Iraq — Filoni said that peace “cannot be traded nor improvised.”

“We know that hatred is not born out of a chance. It is not an explosion of ire. Hatred is an explosive fuel in conflicts since all of the conflicts have deep and superficial roots,” he said.

“With hatred, all the positions get confused. If we do not get out of this rationale of counterposition, things will never change.”