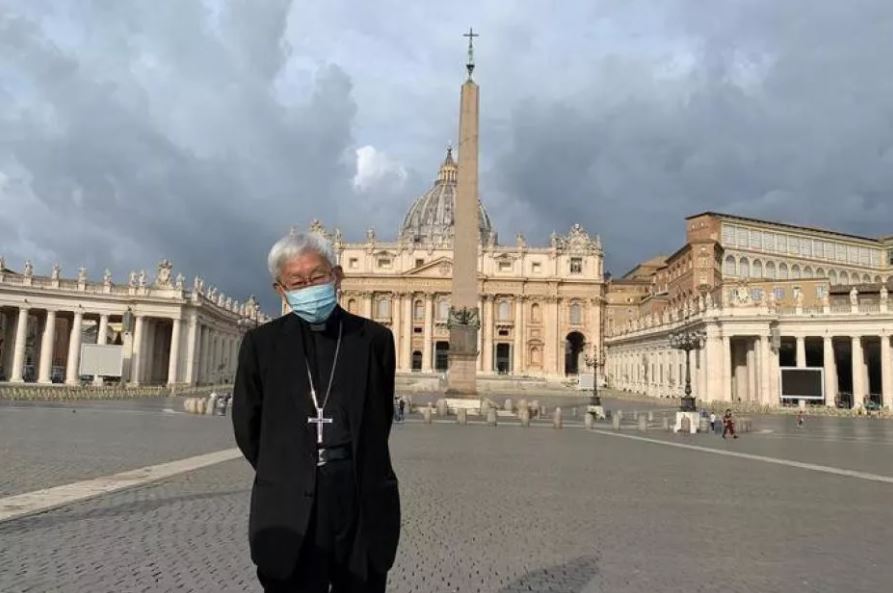 The bishop emeritus of Hong Kong wrote: “Pain and indignation invade my heart to hear certain incredible news: They have forbidden private masses in St. Peter’s!?”

Cardinal Joseph Zen Ze-kiun has become the fifth cardinal to oppose the suppression of individual Masses in St. Peter’s Basilica, saying if it weren’t for coronavirus restrictions, he would take the first flight to Rome and kneel in front of the Pope’s residence until the new rules were withdrawn.

In a statement posted on his blog, the bishop emeritus of Hong Kong said he received the “incredible news” with “pain and indignation” and recalled the times he was free to celebrate individual Masses in St. Peter’s Basilica.

Those were the ones, Cardinal Zen said, that he celebrated “with the greatest fervour and emotion, sometimes with tears, praying for our living martyrs in China” but who are “now abandoned, pushed into the bosom of the schismatic [Chinese] church by the ‘Holy See’.”

Cardinal Zen refers in his statement to pastoral guidelines issued in June 2019 which the Holy See has insisted are necessary as part of an effort to normalise Sino-Holy See relations, but which he sees as a “most evil thing,” worse than the 2018 provisional agreement, that will “push everybody” into joining the independent, state-run church, and force clergy into apostasy.

The cardinal’s message was addressed to Cardinal Robert Sarah, the prefect emeritus of the Congregation for Divine Worship and the Discipline of the Sacraments, who on Monday made an extensive appeal to the Pope to rescind the new rules.

Pain and indignation invade my heart to hear such incredible news: they have forbidden private masses in St. Peter’s!? If it were not for the restrictions imposed by the coronavirus, I would take the first flight to come to Rome and kneel before the door of Santa Marta until the Holy Father had that edict withdrawn. It was the thing that most strengthened my faith every time I came to Rome: at exactly seven o’clock you enter the sacristy (I almost always met the saintly man, the archbishop who later became Cardinal Paolo Sardi), a young priest comes forward and helps me put on my vestments, then they lead me to an altar (in the Basilica or in the grottoes, it makes no difference to me, we are in St. Peter’s Basilica!).

I think these were the Masses that, in my life, I celebrated with greatest fervour and emotion, sometimes with tears, praying for our living martyrs in China (now abandoned and pushed into the bosom of the schismatic church by the “Holy See” [this is what the document of June 2019 looked like, as it had no signatures and was not reviewed by the Congregation for Doctrine]).