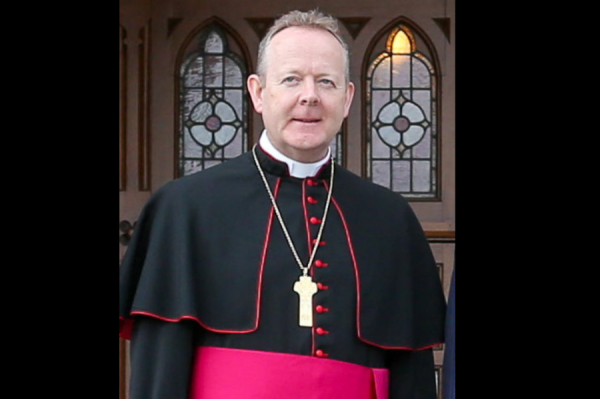 CNA Staff, Jan 19, 2021 / 05:30 am (CNA).- A Catholic archbishop said on Sunday that religious orders should not be scapegoated for the failures exposed by a report on Ireland’s mother-and-baby homes.

Archbishop Eamon Martin made the comment in an interview with RTÉ’s “This Week” program on Jan. 17 after the Commission of Investigation into Mother and Baby Homes published its final report.

“I would be disappointed if we were, having read the commission’s report, to scapegoat the religious congregations,” said Martin, the archbishop of Armagh and Primate of All Ireland.

“They were commissioned by the state, and by local authorities and county councils. They were expected to intervene when the rest of society had basically banished these mothers and their unborn children and infants.”

“They too were Irish women who answered a call to serve. And they found themselves kind of on the front line of this.”

The 2,800-page report was issued on Jan. 12 following a six-year inquiry into the treatment of around 56,000 women and girls at mother-and-baby homes and four county homes in Ireland between 1922 and 1998.

Mother-and-baby homes were generally run by religious orders, with government assistance and under the authority of the local bishop, while county homes were overseen by the state.

The institutions housed women who became pregnant outside of wedlock. About 57,000 babies were born in the homes over the 76-year period examined by the commission. There was a significant mortality rate, with 15% of babies dying before they left the homes. Some 200 women who gave birth died while living at mother-and-baby homes.

The report made 53 recommendations regarding financial redress, memorialization, and the publication of documentation relating to the homes.

“On behalf of the government, the state and its citizens, I apologize for the profound generational wrong visited upon Irish mothers and their children who ended up in a mother-and-baby home or a county home,” he said.

Archbishop Martin said: “There is clear evidence that the day-to-day running of the institutions, which some of the sisters were involved in, was very harsh.”

“I do think it’s important, though, that they were subject to monitoring and inspection and oversight by the state. They too were basically hidden from society and as soon as women and children went into these places, society didn’t seem to want to know anymore, be they living or dead.”

“So I think that, yes, if it’s just, if it’s proportionate, and if it’s in account of the findings of the commission, I do feel the Church needs to do reparation for this. I do accept that.”

Pressed on whether religious congregations should be legally obliged to pay compensation, the archbishop said that he wasn’t privy to the details of agreements made by orders.

“But I do think that the congregations — and indeed all those who were involved in any way in this awful and appalling story — I think there is a moral obligation on us to participate in whatever way one can to help the survivors who for so long have carried this by themselves,” he said.

Martin confirmed that Catholic dioceses accepted the report’s recommendation that archive material concerning the homes should be made available to the public.

“All of those who have any information would like to be able to help in whatever way we can to bring some kind of healing to people who have suffered so much,” he said.