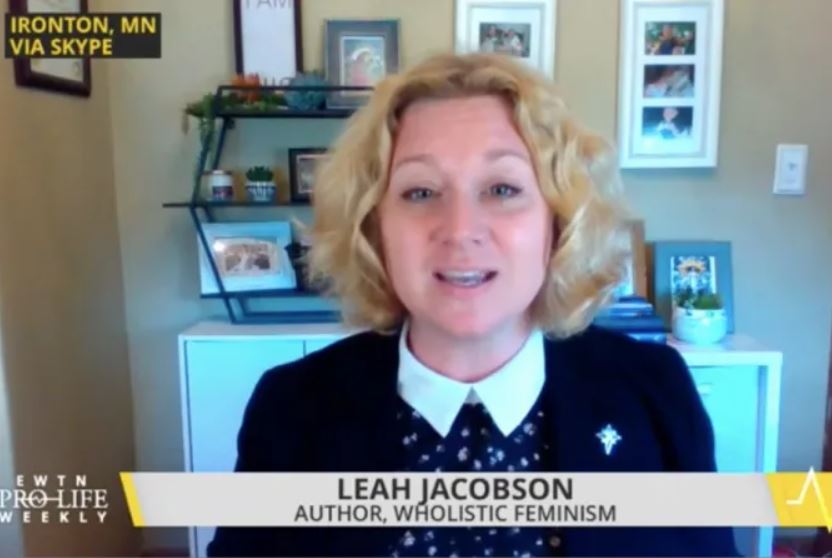 A Catholic author and mother of seven says it is time for “a new wave” of the women’s movement that welcomes women with objections to abortion and hormonal contraceptives.

Leah Jacobson, author of the new book “Wholistic Feminism,” said in an interview with EWTN Pro-Life Weekly that pro-life women “don’t really have a seat at the table” in the modern iteration of the feminist movement. She said she hopes her book “will open that door for us,” in the interview that will air Thursday evening on EWTN.

Jacobson is also the founder of The Guiding Star Project and an international board-certified lactation consultant.

In her book, Jacobson wrote that a wholistic feminist movement would celebrate women in their entirety, and focus on “making every woman whole.”

She argued, for instance, that a woman should be able to understand and track her fertility the same way as she would her blood pressure, “as a marker of health.”

When information on natural family planning is not presented or “withheld” from women, she said on EWTN Pro-Life Weekly, “it prevents us from fully understanding our own health care.”

“We really can’t truly know our status as a healthy or unhealthy individual if we don’t know how to track our own fertility,” she said. “This is information we deserve to have.”

However, she said in her book that women have “settled” for a culture that promotes a distorted view of the human body.

“Rather than elevating culture to appreciate and support women’s bodies, we settled for a culture that says our bodies are for sexual pleasure only, making the right to alter, suppress, and destroy our fertile, life-giving female bodies the supreme ‘women’s right,’” she wrote.

Jacobson told EWTN Pro-Life Weekly that “there are many of us that want to be part of the women’s movement, that want to see issues of equality brought forward.”

She argued that women should use their power as health care consumers to shift the cultural conversation about “a healthy female body.”

“I hope women will feel that we’re not alone, we can turn the women’s movement in the direction we want,” Jacobson said.

Her group, the Guiding Star Project, seeks to promote feminism through upholding natural law. The group opposes abortion and contraception as interruptors of the natural body processes of women. The group also promotes human dignity from “natural conception” through “natural death.”