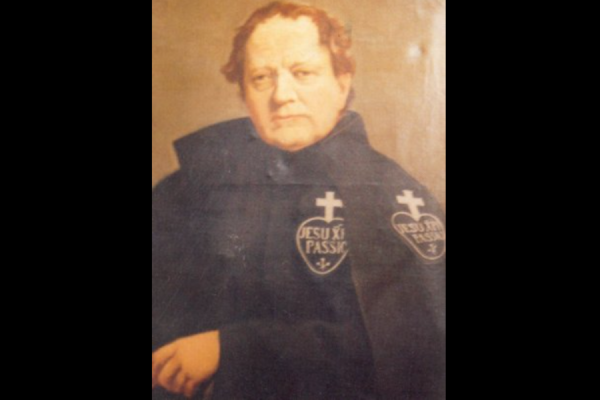 CNA Staff, Feb 22, 2021 / 09:07 am (CNA).- A bishop on Sunday welcomed a step forward in the beatification cause of a convert to Catholicism who worked tirelessly for the conversion of England.

Bishop Mark Davies of Shrewsbury said on Feb. 21 that Fr. Ignatius Spencer could serve as a model for Catholics as England struggles to overcome the coronavirus pandemic.

“Venerable Ignatius Spencer offers a striking example as we emerge from the pandemic — never to be daunted by difficulties, rather to calmly continue our mission confident we each have a contribution to make to rebuilding the life of the Church and society,” he said.

Davies made the comment the day after Pope Francis recognized Spencer’s heroic virtues. Following the publication of a decree on Feb. 20, Spencer is now known as “Venerable.”

Spencer will be eligible for beatification if an authenticated miracle is attributed to his intercession.

He was the great-great-great uncle of Diana, Princess of Wales (born Diana Frances Spencer), and therefore a distant relative of Princes William and Harry. He was also a great-uncle of Winston Churchill.

Spencer was born in 1799 in Admiralty House, a palatial building in central London. He was the son of George Spencer, 2nd Earl Spencer, then serving as First Lord of the Admiralty.

He grew up on the aristocratic family’s estate at Althorp in Northamptonshire. After studying at Eton and Trinity College, Cambridge, Spencer was ordained to the Anglican priesthood in 1824.

He was increasingly attracted to Catholicism and in 1830 was received into the Catholic Church. He left to study at the Venerable English College in Rome, coming under the influence of the future cardinal Nicholas Wiseman and the Italian Passionist priest Dominic Barberi.

Following his ordination as a Catholic priest in 1832, he returned to England. Six years later, he helped to launch a Crusade of Prayer for the Conversion of England, which faced opposition within the local Catholic Church but was supported by Pope Pius IX.

In 1839, following a bout of tuberculosis, he was appointed spiritual director to seminarians at Oscott College in Birmingham, where he also schooled students in cricket, a sport he described as his “mania.”

in 1840, Spencer visited Oxford to invite John Henry Newman, then an Anglican clergyman, to join him in praying for “unity in truth.” Newman refused to see him, sending him away. But Newman later reproached himself in his “Apologia Pro Vita Sua,” a defense of his conversion to Catholicism. Newman was canonized by Pope Francis in 2019.

Feeling called to the religious life, Spencer joined the Passionists, receiving the habit from Dominic Barberi in 1847, six years after the Italian brought the congregation to England. Spencer took the name Ignatius of St. Paul.

Returning from giving a mission in Scotland in 1864, he suffered a heart attack and died alone in a ditch — a death he reportedly once described as ideal for himself. He was 64 years old.

He is buried in St. Anne’s Church, Sutton, Lancashire, alongside Barberi, who was beatified in 1963, and Mother Elizabeth Prout, founder of the Passionist Sisters.

Prout, known as the “Mother Teresa of Manchester,” was declared “Venerable” by Pope Francis last month.

Bishop Davies said: “I was delighted to hear that the heroic virtue of the now Venerable Ignatius Spencer has been recognized by the Church.”

“Ignatius Spencer has connections with almost every corner of England where his tireless mission activity brought him, including this Shrewsbury diocese.”

Devotion to St. Joseph in the Eter...