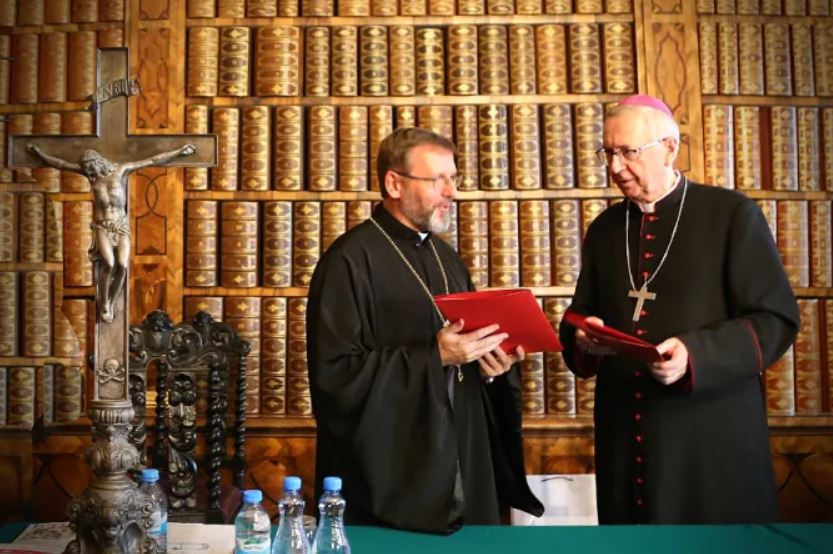 Catholic bishops in Ukraine and Poland said on Monday that rising tensions with Russia pose “a great danger” to the whole of Europe.

In a joint message on Jan. 24, Church leaders appealed to governments to “refrain from hostilities” in Ukraine, Europe’s second-largest country by area after Russia.

“The current situation represents a great danger for the countries of Central and Eastern Europe and the entire European continent, which may destroy the progress made so far by many generations in building a peaceful order and unity in Europe,” said the appeal signed by Major Archbishop Sviatoslav Shevchuk, head of the Ukrainian Greek Catholic Church, and Archbishop Stanisław Gądecki, president of the Polish bishops’ conference, among others.

The bishops issued their message the day after Pope Francis announced that Jan. 26 will be a day of prayer for peace in the Eastern European country.

“I am following with concern the increase of tensions that threaten to inflict a new blow to the peace in Ukraine, and call into question the security of the European continent, with wider repercussions,” the pope said after his Sunday Angelus address on Jan. 23.

The Russo-Ukrainian War began in February 2014, focused on the east of Ukraine. The warring parties agreed to a cease-fire in July 2020.

But Russia has sent an estimated 100,000 troops to the Ukrainian border. U.S. President Joe Biden said on Jan. 19 that he expected Russian President Vladimir Putin to order an invasion.

The U.S. State Department said on Jan. 23 that it had ordered the departure of family members of U.S. government employees at the U.S. embassy in Ukraine’s capital, Kyiv.

The Ukrainian and Polish bishops lamented the lack of progress in talks between Western countries and Russia.

“In their speeches, the leaders of many countries point to Russia’s increasing pressure on Ukraine, as massive armaments and troops are gathered on its border. The occupation of Donbas and Crimea has shown that the Russian Federation — in its violation of Ukraine’s national sovereignty and territorial integrity — disregards the binding rules of international law,” they said.

“At this extremely delicate time, we ask Christians to pray for the gift of peace in Ukraine so that those responsible may be filled with, and radiate, a peace that is ‘contagious’ and that the crisis will be overcome exclusively through dialogue,” the Council of European Bishops’ Conferences (CCEE) said.

The bishops of Ukraine and Poland called for a diplomatic solution to the crisis.

They said: “Today, the quest for alternatives to war in resolving international conflicts has become an urgent necessity, since the terrifying power of the means of destruction are now in the hands of even medium and small powers, and the increasingly strong ties existing between the peoples of the whole earth make it difficult, if not practically impossible, to limit the effects of any conflict.”

“Therefore, drawing on the experience of previous generations, we call upon those in power to refrain from hostilities. We encourage leaders to immediately withdraw from the path of ultimatums and the use of other countries as bargaining chips.”

“Differences in interests must be resolved not by the use of arms, but through agreements. The international community should unite in solidarity and actively support endangered society in all possible ways.”