Catholic Church in Sweden: Between Expansion, Adversity and Return to Tradition 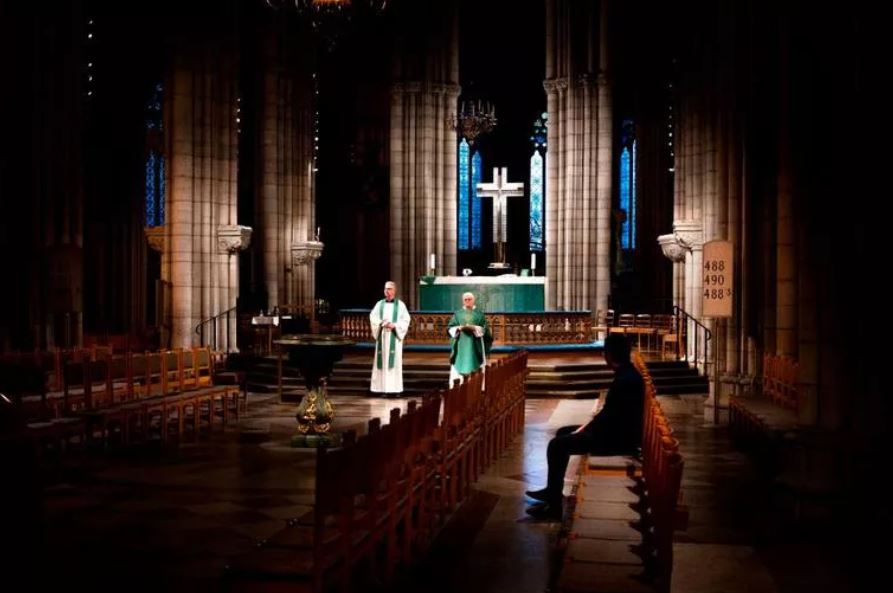 Catholic Church in Sweden: Between Expansion, Adversity and Return to Tradition

A snapshot of the small but vital and growing Church, in one of the most secularized countries in the West.

In the collective imagination, Sweden is often associated with an ultimate expression of cultural progressivism —of the secularization process that has been spreading throughout the West for the past century.

And the official figures serve to consolidate such a perception. Indeed, Sweden, which has been predominantly Lutheran for the past five centuries, is one of the least religious countries in the world, along with China, Japan, Estonia, Norway and the Czech Republic. Less than one in five Swedes claim to be religious (compared with more than half of Americans), and although 58% of Swedes declare themselves members of the Church of Sweden, only 19% of the 58% claim to be religious.

Furthermore, the main religion-related news about Sweden relayed by the international media in recent years — reporting arsons and acts of vandalism in churches, a decline of religious freedom and freedom of education — seem to further confirm this concerning trend.

But a more rigorous examination of the current dynamics observable in the country shows a more complex reality.

Contrary to expectations, the quick evolution of the cultural and religious landscape of Sweden, generated by immigration, is actually playing in favor of the Catholic Church. Indeed, Catholicism is, with the exception of Islam, the only growing religion in the country, with an average of 3,000 new faithful every year (according to an estimate given by local priests to the Register), or  the equivalent of a full parish.

The latest official figures published by the Vatican in October 2016, within the framework of Pope Francis’ visit to Sweden at the end of that month, documented the presence of 113,000 Catholics on the territory, equivalent to 1.15% of the population. Moreover, the country has 45 parishes, for  one diocese, two bishops, 141 priests, 253 religious and 419 catechists.

In this context, the rise in the number of faithful, the majority of whom are immigrants (mostly from Eastern Europe, Africa, the Middle East and South Asia) also brings a number of challenges, as highlighted by Cardinal Anders Arborelius — the first Swedish cardinal in history — during an interview with the Register.

Indeed, as he noted, this new reality also obliges the few native Catholics to adapt themselves and integrate into the majority of Catholics coming from abroad. And the clergy — mainly made of foreign priests — are no exception to this trend. “The majority of them come from Poland, some 65 priests, but we have also more than a dozen priests from Oriental churches, while more than 10% of our parishes have one African parish priest,” the cardinal added.

“However, we are very grateful for the priests who have come from other countries to swell our ranks, and it is amazing to see that it is possible for a community of faithful to be united through their common faith and that they can become a family in Christ.”

This dynamic of growth also seems to have benefited from the coronavirus pandemic, according to Cardinal Arborelius, who witnessed an increasing interest in religious matters among the population since the beginning of the health crisis. “Some people have started to pray and ask for guidance, and the authorities are also more eager to collaborate with us.”

Although the Swedish cardinal highlighted his good relationships with public authorities, not all local Catholics share his positive view. Some, in fact, report an increasing hostility towards Christians in the whole country. Such hostility manifests itself in different ways, according to 23-year-old Catholic youth leader Max Martin Skalenius, who said he was able to gauge the situation when he organized a pro-life march in 2019 in the Diocese of Gothenburg.

“I was very concerned because we received several anonymous threats from lefty extremists saying that they would stab and kill everyone,” he told the Register.

In his view, these more or less isolated extremist actions are fueled by a more general mentality rooted in most official institutions, starting with school, which exerts an influence on children from an early age.

“I personally received sexual education when I was 11 years old and I was told how to perform an abortion, how to put condoms, what is transsexuality, and so on,” Skalenius said. “At the same time, more and more voices are raised on the left against the few Catholic schools we have, they want to shut them down, often by waving the communitarian derives of Muslim schools, claiming that for the sake of equality, Catholic schools should be closed, too.”

Home schooling in the country is severely forbidden and a 2017 law made state kindergarten mandatory, too.

While acknowledging these realities in an interview with the Register, Father Tobias Unnerstål — the Swedish parish priest of the church of Christ the King in Gothenburg, which was recently desecrated by vandals — thinks this phenomenon hasn’t grown only over recent months, but gradually developed from the 1980s following the social upheaval of the 1970s. The 56-year-old clergyman does not recall ever witnessing any kind of Christianophobia in his youth. “If the police had to announce a death to someone, they would bring a local pastor along. Christianity was fully part of the society, which is no longer the case.”

In his view, however, there now is a clear will on the part of some activists and public institutions to make religions invisible. “Militant atheists and other activists from the so-called humanistic societies have been working very hard to make sure religions would not play any role in school, in particular.”

At the same time, the rise of radical Islam in Sweden (which is the country with the  second-highest Muslim share of the total population in Europe after France) is another challenge for Christians.

Young Catholic leader Skalenius said that more and more young Muslims, in their search for landmarks and identity, are becoming increasingly angry against the Swedish culture, and in turn against Christianity as a whole. “We’ve also had several episodes of Evangelical Christians who were beat by Muslims for preaching in predominantly Muslim areas,” he said.

But Catholics themselves are also experiencing the distrust of some Swedish nationalists, who tend to see Catholicism as an imported religion. In fact, as highlighted to the Register by Clemens Cavallin, associate professor of religion, philosophy and ethics at Nord University and associate professor of religious studies at the University of Gothenburg, the Swedish Catholic Church of the country consists of almost 90% immigrants.

In consequence some Swedish nationalists, in their attempt to recreate a strong bond between Christianity and the Swedish state, are seeking to restore a privileged position for the Lutheran Church of Sweden. He noted that religious freedom was not introduced in the country before the 1950s, and that earlier Catholicism was considered the enemy of the confessional Lutheran Swedish State when it was a regional superpower during the 17th century.

But these adverse conditions also seem to have given rise to an even more unknown and unexpected phenomenon: the desire for traditional liturgy among Catholics. Indeed, their minority position in Sweden, a country experiencing rampant relativism and secularism, seems to be spurring them to go back to the very root of their faith.

Although there are no official figures regarding the extent of this trend, the interest for traditional liturgy is being noticed in several parishes, especially that of Father Unnerstål in Gothenburg (the country’s second-largest city), which offers traditional Latin Mass. The priest, who discovered traditional liturgy during his studies in Cambridge in the 1980s, has witnessed an increasing participation in these celebrations over the past seven years in his parish, which has attracted people from many different countries.

“Expats from the U.S., France, Czech Republic actually moved here for this precise reason,” he said.

Another important factor explaining the success of traditional liturgy, he added, is the deep thirst for beauty that animates countless people nowadays, in a Western world wherein beauty has been increasingly discarded in favor of various ideologies.

And like in many other European countries, the yearning for traditional liturgy mainly emanates from the youth, who are seeking to rediscover the past of the Catholic Church. And Sweden is not outdone by other nations in this patrimony, as attested by its many great Catholic Saints (notably St. Bridget of Sweden, patron saint of Europe) and its religious sites.

It’s in keeping with this will to revive this centuries-old Swedish culture that Max Martin Skalenius co-founded Helige Eriks Legion in 2016. This traditionalist organization, which is officially recognized by the Swedish Catholic Church and has about 200 members, is intended primarily for young Catholic men and offers a community life organized around pilgrimages, cultural activities, traditional Latin Mass and prayer groups. An equivalent organization for women, Filiae Reginae Scandinaviae, was launched a year ago.

“We want to make people aware that we have a wonderful Catholic history, that Sweden has been Catholic longer than it has been anything else,” Skalenius said. “These two organizations are constantly growing and we see so much enthusiasm on the part of our members who can give a greater dimension to their life.”

While some local religious authorities were initially suspicious with regard to these groups of young Catholics promoting traditional liturgy, they quickly reconsidered their position.

“Cardinal Arborelius has shown his appreciation of us and many clergymen see the fruits of our organization now, so we have a very good cooperation with them,” he said.

“Contrary to what one may think, the Swedish-born clergy are not sinking into the current progressive tendencies that we often see in countries like Germany, probably because of the genuine craziness that we have been witnessing in the rest of the country over the past years,” Skalenius said. “The priests are becoming more faithful, more strict, more traditional, and it gives us hope.”

Cardinal who remained in Syria say...