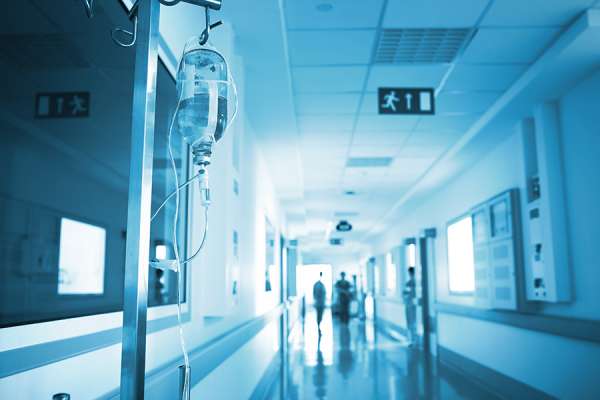 CNA Staff, Feb 14, 2021 / 04:00 am (CNA).- A Catholic doctor called on Sunday for an independent inquiry into reports that COVID-19 patients with learning disabilities have been given “do not resuscitate” notices during the second wave of the virus in the U.K.

Fr. Patrick Pullicino, a neurologist who was ordained in 2019, spoke out after the Guardian newspaper reported on Feb. 13 that people with learning disabilities were given the notices despite an outcry over the practice last year that prompted an urgent investigation.

The charity Mencap said it learned last month that people with learning disabilities had been told they would not be resuscitated if they contracted the coronavirus.

The Care Quality Commission, the U.K’s care watchdog, concluded in December that Do Not Attempt Cardiopulmonary Resuscitation (DNACPR) notices had caused potentially avoidable deaths in 2020 when COVID-19 first struck the country.

Pullicino called for a public inquiry last year into why so many elderly people died in U.K. nursing homes during the first coronavirus wave.

The U.K., which has a population of 67 million, has the fifth-highest recorded COVID-19 death toll in the world after the United States, Brazil, Mexico, and India.

“This wholesale attack first on the elderly and now on the disabled demands a full independent inquiry,” Pullicino told CNA on Feb. 14.

“Why have the vulnerable been targeted when they should be protected?”

Pullicino is a former chairman of the Department of Neurology and Neurosciences at the New Jersey Medical School. In 2012, he raised the alarm about the Liverpool Care Pathway (LCP), an end-of-life protocol that was abolished after a review commissioned by the U.K. government. He said that the LCP controversy still overshadowed the National Health Service (NHS).

“The specter of the Liverpool Care Pathway still haunts the NHS and is ravaging those who most need its help, the groups that should be at the head of its priorities,” he said.

“We need to find out what has gone wrong in the NHS and why this is happening.”

According to the Guardian, Mencap believes that some people were given DNACPRs solely because they had a learning disability. The care watchdog is due to publish a report on the practice in the next few weeks.

Pullicino commented: “This news that people with learning disabilities are being given DNR orders is very sad and is unacceptable.”

“Unfortunately it directly stems from the COVID-19 critical care referral algorithm which mentions those with learning disabilities or autism with the under 65-year-olds as being potentially frail and therefore not in line for ITU [Intensive Care Unit] care.”

“This resulted in huge numbers of elderly dying in care homes in the last lockdown where it is estimated nearly 40,000 died.”

He continued: “DNR [Do Not Resuscitate] orders should never be written without the consent of the patient, or if they lack capacity, then their health power of attorney or next of kin.”

“Unfortunately, the Mental Capacity Act 2005 has empowered best interest end-of-life decisions by carers who may not know the person, which makes the learning disabled very vulnerable.”

“The critical care referral algorithm also mandated end-of-life care for the ‘frail’ who deteriorated, which is totally unacceptable. To my mind, the DNR orders are being used to prepare for ‘potential deterioration’ in cases where a disabled person catches COVID.”

Campaigners have criticized government ministers for not giving everyone with learning disabilities priority access to coronavirus vaccines, despite evidence that those with disabilities are more likely to die after contracting COVID-19.

The Guardian cited NHS figures indicating that in the five weeks since the latest lockdown began, COVID-19 was responsible for 65% of deaths of people with learning disabilities.

Mencap’s chief executive Edel Harris told the Guardian: “Throughout the pandemic many people with a learning disability have faced shocking discrimination and obstacles to accessing healthcare, with inappropriate Do Not Attempt Cardiopulmonary Resuscitation (DNACPR) notices put on their files and cuts made to their social care support.”

“It’s unacceptable that within a group of people hit so hard by the pandemic, and who even before COVID died on average over 20 years younger than the general population, many are left feeling scared and wondering why they have been left out.”

Pullicino outlined how he believed that COVID patients with learning disabilities should be treated.

He said: “First, no disabled person should be put on a DNR order without their consent or of their next of kin.”

“Second, it should be mandated that a disabled person must have vaccination before they can be put on DNR.”

“Third, disabled persons should be prioritized for treatments for COVID such as remdesivir and the acute antibody treatment that has recently been developed in the U.K.”

“Fourth, the NHS exists to treat sick patients and not just the non-disabled sick. The de-prioritizing of the vulnerable is not only ethically wrong, there is no medical justification for it. The vulnerability of these patients should make them a top treatment priority.”

The Incredible Story Behind the Ye...