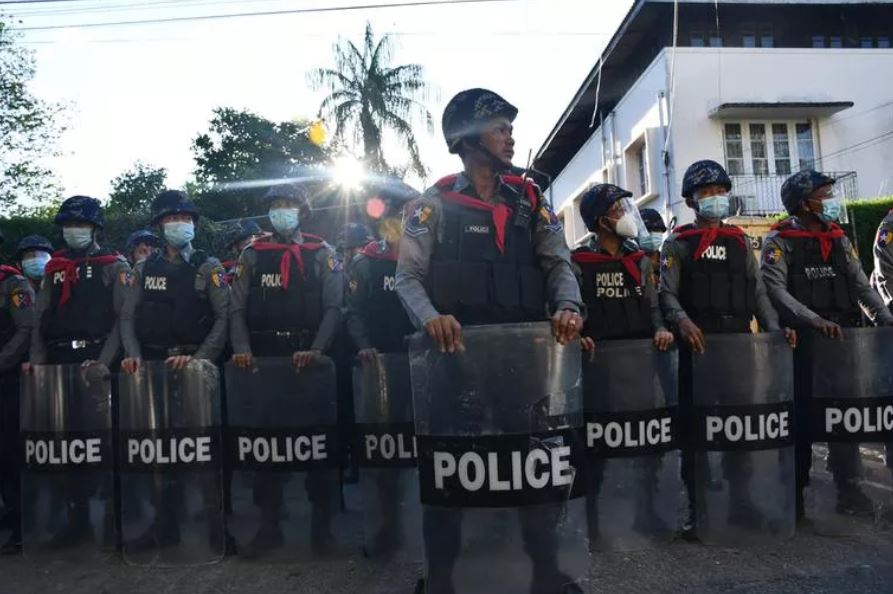 Speaking to Reuters, Sr. Tawng said: “I begged them not to hurt the protesters, but to treat them kindly, like family members.”

KACHIN STATE, Burma — A religious sister in northern Burma knelt before police on Monday, begging them not to use violence against protesters.

In a video, Sr. Ann Rose Nu Tawng, a member of the Sisters of St. Francis Xavier, can be seen speaking March 8 to two kneeling police officers in the city of Myitkyina, the capital of Burma’s northern Kachin State.

Speaking to Reuters, Sr. Tawng said: “I begged them not to hurt the protesters, but to treat them kindly, like family members.”

She said that senior officers had told her that they were just clearing the street. In the video, the sister and a police officer can be seen touching their foreheads to the ground.

“I begged them not to shoot the children,” she said.

But soon after, “we heard loud gunshots and saw that a young kid’s head had exploded, and there was a river of blood on the street,” she recounted.

A Catholic Sister Ann Rose Nu Tawng in #Myitkyina #Kachin in northern #Myanmar seen again pleading with police officers to stop attacks against protesters. She had done the same last month & was quoted as saying she was prepared to die (local media pics) #WhatsHappeningInMyanmar pic.twitter.com/vVbFab52m5

The nun and other witnesses said that at least two protesters were killed and several injured in clashes with police.

The religious sister tried to bring some of the victims to a clinic she runs in the town but was blinded by tear gas.

“Our clinic floor became a sea of blood,” she said. “We need to value life. It made me feel so sad.”

Catholic nuns from a variety of communities in Burma have marched through the streets, praying for the protesters and offering them food, according to UCA News. Amid protests in Myitkyina, the sisters hung signs saying “No to dictatorship” and “Listen to the voices of people” outside of their convent.

Burma, also known as Myanmar, is a country in Southeast Asia with a population of 54 million people. Both the democratically elected leader Aung San Suu Kyi and President Win Myint were detained by members of the military in the early hours of Feb. 1, after the military disputed the results of the 2020 election. The army general Min Aung Hlaing now leads the country.

According to an advocacy group, more than 60 people have died and over 1,800 have been detained as police crack down on protests against the Feb. 1 military coup.

“On her knees, she raised her hands to God and begged: ‘Don’t shoot, don’t kill innocents. If you want, hit me,’” the newspaper reported, adding that the police halted their advance.