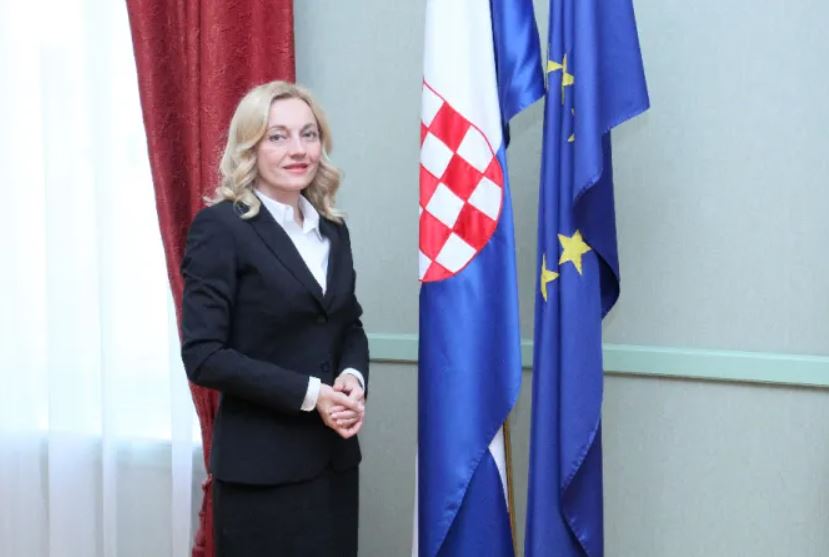 A Catholic politician has objected to her inclusion in a report on Islamophobia in Europe, saying that it is based on “false accusations.”

Marijana Petir, a member of the Croatian parliament, said that the reference to her and others in the European Islamophobia Report 2020, published on Dec. 29, 2021, amounted to an “attack on freedom of speech.”

The 886-page study, which defines Islamophobia as “anti-Muslim racism,” cited Petir, a former member of the European Parliament, in a section entitled “Islamophobia in Croatia National Report 2020,” one of 31 country reports.

It said: “The politician and independent parliament member Marijana Petir, known for her statement from 2015 saying that Christians were persecuted by Muslims in wars and that the current ‘refugee crisis’ was in fact an attempt by Muslims to occupy predominantly Catholic European countries including Croatia, suggested a proposal worth 1.5 million HRK in the form of aid to Christians prosecuted for their faith in countries where Islamist militants are in power. The government accepted the proposal.”

A footnote cited an article referring to a speech she gave in 2015, published in the Croatian weekly news magazine Nacional on Nov. 25, 2020.

Petir told CNA on Jan. 21 that the description of her 2015 speech, in both the report and the article, was inaccurate.

“The report on Islamophobia in Europe for 2020 contains my statement from 2015, which I never said, so we can consider that this report is based on false accusations,” she said.

She explained that she spoke in 2015 at an event dedicated to war reporters.

“Referring to the migrant crisis that has spread, I expressed my full understanding and sympathy with those fleeing the war, and said that people whose lives are at risk should be unreservedly helped,” she recalled.

“On the other hand, there are those who are looking for a better future and that is why they are going to Europe, but unfortunately Croatia cannot provide jobs for its citizens, so when we talk about migration, we should distinguish between war and economic migrants.”

“Europe, which is the largest donor of humanitarian and development aid, should direct this money to projects in third countries that will enable people to work and enable them to live in dignity at home.”

She continued: “I said that Europe needs to think about its future and demographic renewal, because some countries already do not have enough workers and this problem cannot be solved by illegal migration.”

“European asylum and migration policy has failed the test and needs to be revised as illegal migration can be a potential security problem for citizens.”

“In addition, Europe and the entire Western world have done nothing to stop the war in Syria and Iraq, where Islamist terrorists are killing Christians, which could lead to the disappearance of Christianity from the cradle of Christianity. Only a few journalists talk about it.”

Croatia is a country of four million people bordering Slovenia, Hungary, Serbia, Bosnia and Herzegovina, and Montenegro. More than 86% of the population is Catholic.

Petir, an independent member of parliament, was instrumental in persuading the Croatian government to offer college scholarships to young people from countries where Christians face persecution.

The introduction of the scholarships marked the first time since the country gained independence in 1991 that it had earmarked money specifically to help individuals outside the European Union persecuted for their Christian faith.

Petir said it was unclear how giving scholarships to persecuted Christians could be characterized as Islamophobia.

“We do not give scholarships to Christians just because they are Christians, but because they are the most persecuted religious group in the world, and this is confirmed by reports of international organizations such as Aid to Church in Need and Open Doors,” she said.

Petir was not the only Catholic mentioned in the European Islamophobia Report 2020.

A section entitled “Islamophobia in Poland National Report 2020” criticized Catholic media in the Central European country, as well as the Polish-language section of Vatican Radio.

“Although the Catholic media — including leading media such as Gość Niedzielny or the Polish section of Vatican Radio — continue to lead the way in publishing Islamophobic content, when it comes to clergy and hierarchs, they are no longer as active in the field of fearmongering against Islam as they were in the previous years,” it asserted.

In a footnote, the report cited two Vatican News articles in Polish, one headlined “Sweden: social tensions rise, Christians are powerless” and the other “Christianophobia in Europe increased in 2019.”

Petir also took issue with other aspects of the “Islamophobia in Croatia National Report 2020.”

“If you look at the rest of the report for Croatia, you can see that journalists who wrote articles about the migrant crisis, reported on the Turkish government’s decision on Hagia Sophia or conducted interviews with European politicians who spoke about radical Islamists were also marked as an Islamophobe,” she said.

“Such reporting on Islamophobia attempts to stop any critical thinking and information that has nothing to do with criticism of Islam as a religion, but with criticism of radical terrorist groups that abuse religion for their narrow interests and thus harm the religion to which they belong.”

“I believe that this report is an attack on freedom of speech, made superficially and maliciously with the aim of labeling people who dare to tell the truth, and contains elements of Christianophobia.”