Catholic President Biden Holds His Most Pro-Abortion Stance Ever, as 2022 March for Life Gets Underway 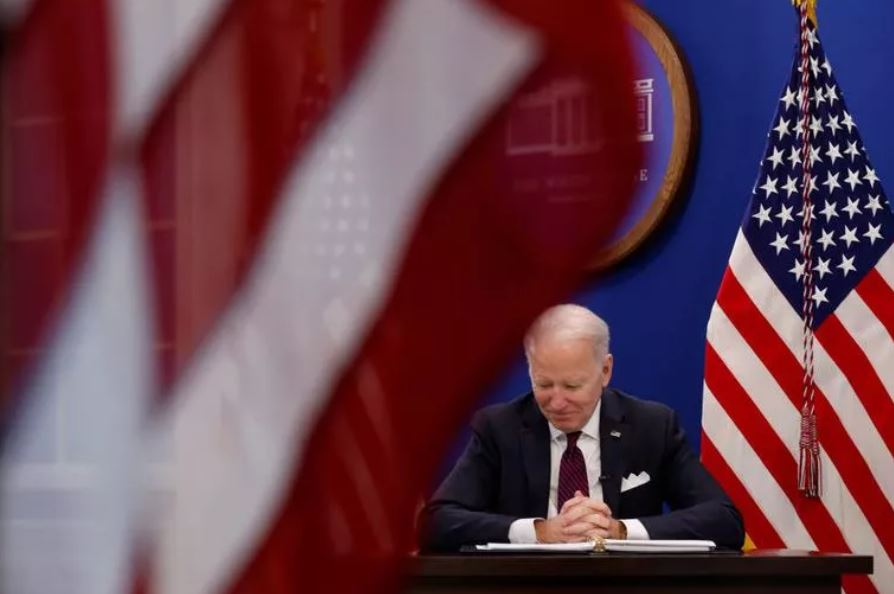 Catholic President Biden Holds His Most Pro-Abortion Stance Ever, as 2022 March for Life Gets Underway

Biden has repeatedly declared his support for ‘Roe v. Wade’ as pro-life advocates gather in the hopes that it will topple this year.

WASHINGTON —As the first in-person March for Life of Biden’s presidency takes place Friday, he has positioned himself the farthest away from the pro-life position that he has been his whole political career.

Biden, a baptized Catholic, has changed his position gradually over the years to support abortion increasingly. Now, with the Dobbs v. Jackson Health case before the Supreme Court that holds the possibility of overturning Roe v. Wade, Biden and his administration have fully committed themselves to defending and expanding abortion access.

When the Supreme Court left in place the Texas ban on abortion after six weeks when a fetal heartbeat is detectable, President Biden said he was launching a “whole-of-government effort” to “ensure that women in Texas have access to safe and legal abortions as protected by Roe.” After the oral arguments in Dobbs when five of the Supreme Court justices seemed to signal their willingness to revisit Roe’s viability standard, Biden told reporters, “I support Roe v. Wade. It’s a rational position to take and I continue to support it.”

This stands in contrast to the way the U.S. bishops reacted to the Dobbs case. Archbishop William Lori of Baltimore, the chairman of the USCCB’s Committee on Pro-Life Activities, stated in December:

“In the United States, abortion takes the lives of over 600,000 babies every year. Dobbs v. Jackson Women’s Health could change that. We pray that the Court will do the right thing and allow states to once again limit or prohibit abortion, and in doing so protect millions of unborn children and their mothers from this painful, life-destroying act. We invite all people of good will to uphold the dignity of human life by joining us in prayer and fasting for this important case.”

Pope Francis, who is often praised by Biden, once again has made available a plenary indulgence to encourage those participating in the March for Life. The Church teaches that “an indulgence is the remission before God of temporal punishment for sins whose guilt is already forgiven, which a properly disposed member of the Christian faithful gains under certain and defined conditions by the assistance of the Church which as minister of redemption dispenses and applies authoritatively the treasury of the satisfaction of Christ and the saints.”

The White House did not respond to the Register’s request for comment regarding President Biden’s stance on the March for Life or the plenary indulgence for those Catholics participating.

Over the past year, Biden has put more distance than ever before between himself and the Catholic teaching that abortion is “gravely contrary to the moral law” and that “human life must be respected and protected absolutely from the moment of conception.” In September, he told reporters that he did not agree that life begins at the moment of conception. This was a reversal from comments he made just six years before in 2015, when he told America magazine that “on faith” he was “prepared to accept that at the moment of conception there’s human life and being,” but that he was “not prepared to say that to other God-fearing, non-God-fearing people that have a different view.”

President Biden has come an even longer way from Church teaching since the start of his political career, when he did not fully agree with Roe v. Wade. In 1973, then-Sen. Biden stated that the Supreme Court had gone “too far” on abortion in the Roe v. Wade decision. In 1981, he introduced “the Biden amendment,” which prohibited foreign-aid funding from going to biomedical research involving abortion. He also backed a partial-birth abortion ban in 1997 and then in 2003. In a Senate floor speech in 1997, he said he “was and still am concerned that in banning only partial-birth abortions, we do not go far enough.”

However, by 2005 he voted against President George W. Bush’s reinstatement of the Mexico City Policy, which blocks taxpayer funding to organizations that provide abortion overseas and when the Supreme Court upheld the partial birth abortion ban in April 2007, Biden criticized the decision as “paternalistic,” saying it could lead to overturning Roe.

Biden’s 1994 stance that “those of us who are opposed to abortions should not be compelled to pay for them” was fully reversed in 2019 on the campaign trail where he embraced taxpayer-funded abortion.

The Biden administration took many actions over the past year to expand abortion access including the U.S. Food and Drug Administration’s permanent lifting of in-person dispensing requirements for the abortion pill, which will enable widespread at-home abortion. The White House also backed the Women’s Health Protection Act (WHPA) in September, federal legislation that would forbid almost any state limitations on abortion, including “a prohibition on abortion at any point or points in time prior to fetal viability … a prohibition or restriction on a particular abortion procedure” and even “a prohibition on abortion after fetal viability when, in the good-faith medical judgment of the treating health care provider, continuation of the pregnancy would pose a risk to the pregnant patient’s life or health.”

Bishop Thomas Tobin of Providence, Rhode Island tweeted ahead of the March for Life Thursday, “President Biden has spoken several times now about the ‘sacred right to vote.’ Wouldn’t it be great to hear him endorse the ‘sacred right to live’ with the same conviction? #respectlife #endabortion.”

As an energetic pro-life crowd gathers in D.C. Friday for the 49th time and with Pope Francis’s blessing, President Biden will be faced with the fact that many Americans will not waver in speaking out alongside the Catholic Church about the hundreds of thousands human lives lost to abortion each year in the U.S.

‘A Wonderful Life’: Meet the woman...