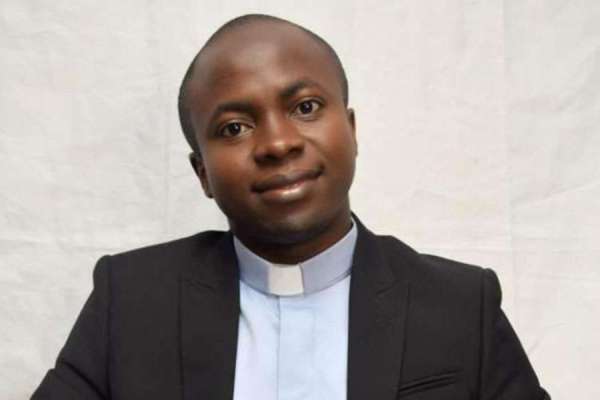 Fr. Harrison Egwuenu, a priest of the Diocese of Warri in Delta State, was freed on March 21, Fr. Benedict Okutegbe, administrator of Sacred Heart Cathedral in the city of Warri, confirmed on Thursday.

He added: “Fr. Egwuenu is doing OK. Of course, he needs time to overcome the traumatic experience.”

The priest, who formerly served as Warri diocese’s director of social communications, thanked Catholics for their prayers for Egwuenu’s release.

“We all prayed and our prayers were heard. To God be the glory,” he commented.

Egwuenu was kidnapped March 15 as he was returning to St. George’s College, Obinomba, where he was recently appointed principal.

Nigeria has been experiencing insecurity since 2009 when a Boko Haram insurgency began with the aim of turning the country into an Islamic state.

Since then, the organization, which is one of the largest Islamist groups in Africa, has orchestrated terrorist attacks on various targets, including religious and political groups as well as civilians.

Insecurity has also increased in the West African nation due to the actions of predominantly Muslim Fulani herdsmen, who have clashed frequently with Christian farmers over grazing land.

“One of the primary duties of government is the protection of the lives and property of her citizens,” he said.

“There is need for the government to get to work and keep Nigeria safe and peaceful.”

“The government should wake up to this responsibility or give way to one who can.”

“How can there be sustainable development in a country whose security architecture has collapsed?”

“We demand more from our government. Not tomorrow but now.”

Nigeria’s Catholic bishops have repeatedly called on the government to put in place strict measures to protect its population.

“It is just unimaginable and inconceivable to celebrate Nigeria at 60 when our roads are not safe; our people are kidnapped, and they sell their properties to pay ransom to criminals,” members of the Catholic Bishops’ Conference of Nigeria said in an Oct. 1 statement, marking the country’s independence anniversary.

They added: “Nigerians are experiencing an invasion of their farmlands by armed Fulani herdsmen; a group well organized and already designated as the fourth deadliest terrorists’ group in the world by the Global Terrorism Index.”

A version of this story was first published by ACI Africa, CNA’s African news partner, written by Jude Atemanke. It has been adapted by CNA.