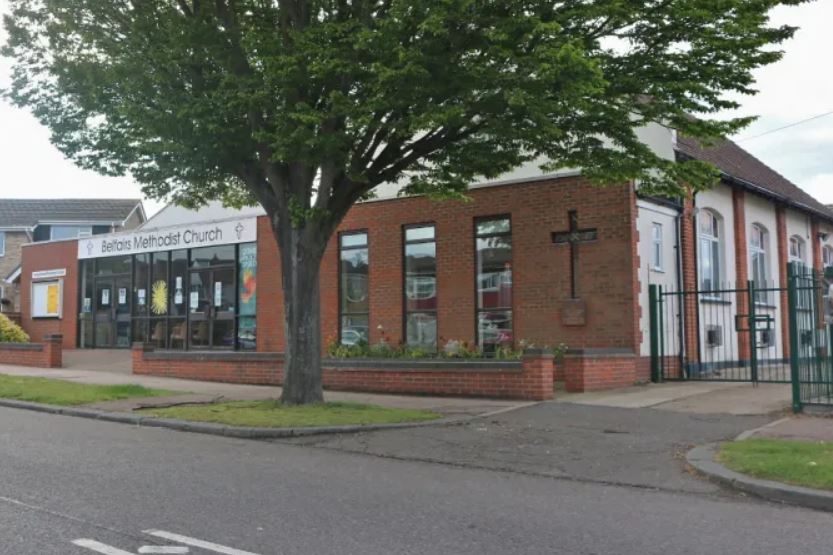 A Catholic priest said on Sunday that he respected the police’s decision not to grant him access to a crime scene to give the last rites to the British lawmaker Sir David Amess.

In a now-deleted video posted to his Twitter account on Oct. 17, Fr. Jeff Woolnough said he hoped that his remarks would be the “end of the matter.”

The pastor of St. Peter’s Catholic Church in Leigh-on-Sea, Essex, went to Belfairs Methodist Church on Oct. 15 after he heard that the Catholic Member of Parliament had been stabbed during a meeting with constituents.

A police officer outside the church relayed his request to enter the building, but the priest was not admitted inside. He prayed the rosary outside the police cordon instead.

“Yes, I was refused entry but I respected that decision by the police, I had to, and the fact that I was praying the rosary — end of the matter,” Woolnough said in the brief video recorded in a car.

“If anyone continues to want to criticize me for that, then that’s your right to do it, but this is what actually happened, OK.”

He said he was “astounded” that his conversation with the police was reported in the media.

“I did not go to the press, just to let you know, and God bless you all on this tricky time,” he commented.

Police arrested a 25-year-old man at the church on suspicion of murder. The BBC reported that the suspect, currently being held at a London police station under the Terrorism Act 2000, is Ali Harbi Ali, a British national of Somali descent.

The BBC said that the suspect was previously referred to the Prevent scheme, which seeks to stop radicalization.

Essex Police said in an Oct. 16 statement: “As with any police incident, it is of the utmost importance that we preserve the integrity of a crime scene and allow emergency services to tend to those in need.”

“A cordon is put in place to secure and prevent contamination of the area. Access into a scene is at the discretion of the investigating officers. This is a fundamental part of any investigation to ensure the best possible chance of securing justice for any victim and their family.”

“A cordon can also be used to restrict an area for emergency services to administer potentially life-saving medical treatment in as much privacy as possible and to allow officers to confirm that an area is safe to enter.”

The Catechism of the Catholic Church says: “In addition to the Anointing of the Sick, the Church offers those who are about to leave this life the Eucharist as viaticum. Communion in the body and blood of Christ, received at this moment of ‘passing over’ to the Father, has a particular significance and importance.”

The journalist Melanie McDonagh criticized the police’s decision not to admit Woolnough to the crime scene.

“The most troubling element of the [Essex Police] statement is that the police wanted to ‘allow the emergency services to tend to those in need.’ A priest is an emergency service,” she wrote in the British weekly The Spectator on Oct. 16.

“In the case of Sir David, the priest was someone who could help see him into the next world, not just keep him in this one. You don’t have to share a belief in the efficacy of confession to go along with this; you just need a very elementary knowledge of and respect for the faith to refrain from standing between a confessor and a dying man.”

Writing in the Telegraph newspaper on Oct. 18, the journalist Tim Stanley noted that according to the College of Policing, a professional body for the police in England and Wales, there is no national guidance on priests administering the last rites.

He wrote: “The lack of a national policy on the last rites implies that whether or not a priest gets access to a dying person might depend upon circumstances (understandable, because one doesn’t want to impede the police from doing their job) — or else, which is far less forgivable, upon the religious literacy of the individual officer on duty.”

MPs are due to gather in the House of Commons on Monday to pay their respects to Sir David, who served in the House for 38 years.

The 69-year-old Conservative MP established the All-Party Parliamentary Group on the Holy See in 2006 and played a crucial role in organizing Benedict XVI’s landmark visit to Parliament in 2010.

In a tribute on Oct. 15, Cardinal Vincent Nichols of Westminster said that the pro-life politician “carried out his vocation as a Catholic in public life with generosity and integrity.”

Bishop Alan Williams of Brentwood, the diocese that covers the county of Essex, noted that the MP “had a deep Catholic Christian faith which expressed itself in great generosity and kindness to those he served in the wider community of Essex and East London.”

“I experienced firsthand his friendliness, goodness, and concern for others; he was a very fine man who gave himself wholeheartedly to public life,” he said in an Oct. 15 statement.

“The manner of his dying is utterly shocking and I ask all members of the diocese to pray for Sir David and all those who will be affected by his sudden and painful absence in our lives.”

Abortion: ‘A Terrible Trade in Lie...

How Many Popes Were Murdered? The...