Catholic Rep. Jeff Fortenberry: Storming of the Capitol Undermines Democracy and Is a ‘Sign of Cultural Degradation’ 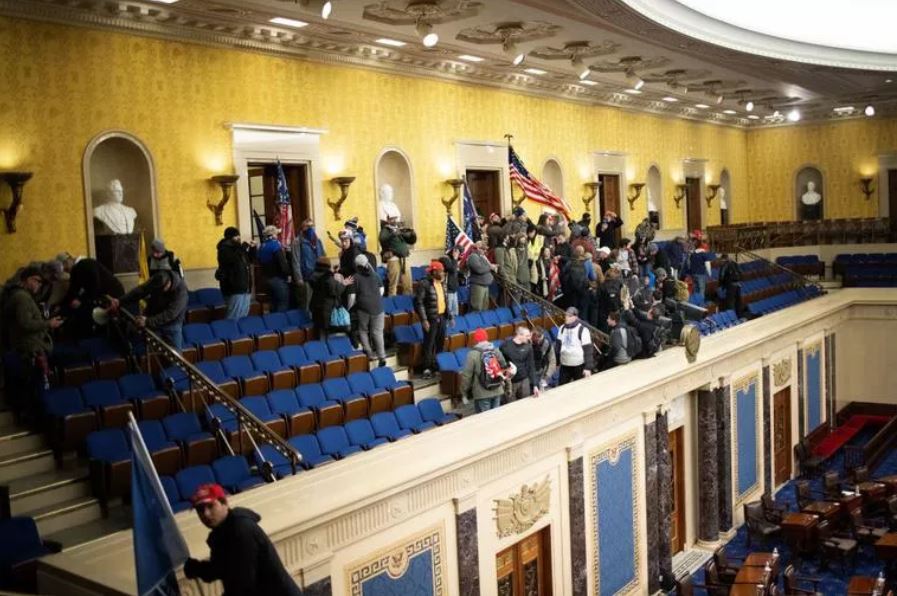 Catholic Rep. Jeff Fortenberry: Storming of the Capitol Undermines Democracy and Is a ‘Sign of Cultural Degradation’

Speaking with the Register from his office on Capitol Hill about the lockdown, Fortenberry said the Catholic Church needs to take the lead in pushing back against the political tribalism that triggered today’s violence in Washington.

Chaotic and disturbing scenes ensued on Capitol Hill Wednesday afternoon, as the building was locked down when Trump supporters stormed it and halted the Congressional vote to certify the presidential election results. Lawmakers were evacuated as rioters broke windows, an armed standoff occurred at the front door of the House floor, and one female protestor was shot in a hallway and subsequently died.

Despite the unprecedented violence within the walls of the U.S. Congress, the process to certify the election results resumed late Wednesday evening after the building and grounds were secured.

Rep. Jeff Fortenberry, R-Neb., a Catholic lawmaker with a graduate degree in theology from the Franciscan University of Steubenville, spoke with the Register Wednesday evening via telephone from his office on Capitol Hill amid the lockdown. He said that the storming of the Capitol was “undermining the very principle of democracy itself” and “tearing at the fabric of who we are as a nation.”

Fortenberry lamented the tribalism in politics that has led people to view violence as a solution and urged the Church to end its “passivity” in the face of cultural decline.

What was your experience today at the Capitol?

My experience is different than others because I was actually in my office. For certain reasons, I had to be in my office so I was watching the proceedings by television and then began to hear explosions outside the window. I’m in my office building on the south side of the Capitol and it was clear that those were from some type of blast. I got a notice that the Capitol Police were detonating suspicious packages. I am on the south side further away from all of this so I was not trapped in the Capitol itself.

What do you think are the factors that led to this event?

In any human tragic drama like we’ve seen today, there’s always multiple factors. People are upset by this election outcome, many people across the country feel disenfranchised and oppressed by the social, economic, and political systems that are around them. President Trump had an amazing ability to tap into that deep-seated suspicion that people have of systems around them and to create a movement around that and that movement is very powerful.

Frankly, I’ve been supportive of the president. I think today the culmination of a feeling for a lot of people that there was so much election fraud, that it could have been stolen combined with the right to peaceful protest and assembly in Washington. I think most people came here to simply hear the president and to demand redress from their government and that is their right, but when you have a tyrannical mob that develops, some fools created these dangerous conditions in the United States Capitol, undermining the very principle of democracy itself, tearing at the fabric of who we are as a nation.

They’re acting hypocritically and inconsistently with the principles that they supposedly are standing for and they have to be stopped and so they put a lot of people in grave danger. They have disrupted democracy, they have potentially harmed other people who are here for peaceful protest and set back the very thing that they’re supposedly standing for. This is wrong on so many levels.

Do you think that lingering distrust in the elections will make things difficult moving forward?

Absolutely, I think we need to go back into the Capitol and vote if it’s secure and we’re not going to put Capitol Police in any danger. I think we as lawmakers need to go right back in there and stand up for the deep meaning of democracy as soon as it’s safe.

Secondly, I personally am going to take the vote to certify the electors. I supported President Trump, I was supportive of a post-election review by the court system, for that the media called me seditious and traitorous even though I was using the democratic process to try to give Americans some confidence that the system wasn’t rigged against them. The courts looked at this, the legislators certified this, consulting the law, and guided by my conscience I have made a decision that it is the right thing to do to certify this election even though my side lost. And obviously, that’s a flashpoint today but I think we need to go back and do that.

Third point, what we need to do after this is go back into that problem of many Americans, including by the way many Democrats and Independents, don’t have trust in this election process and so I think that could be a very swift and rapid initiative among people of good will up here to try to get to the heart of the problem to try to create the reforms, the check mechanisms, the transparency, the accountability, the assurances in our election system across the country so that we can build up confidence that it can never be abused.

What did you think of President Trump’s response to all of this?

I’m struggling with it. I think the president could have been clearer to say, ‘Stop, stop this violence. This is a peaceful protest. Exercise your rights properly or we’re going to call out the national guard.’ He was slow to do that, I think he should have done that sooner. I don’t think he should have mixed the message about his own election with stop the violence. He did act, but people do have a sense of wanting and longing in their president to try to transcend in these moments and if he still has the opportunity to I think he should take it.

Do you think violence and rioting has become too normalized in politics recently?

Yes, very much so and there’s a deeper reason for that. If either I’m on the left or the right and I can label you on the left or you on the right, as we’ve seen throughout this year, as evil therefore you are not worthy of respect, you are not worthy of rights. I can even conduct violence against you because you are the enemy, you are evil. That is what has happened in this country and that is the deeper fracturing of culture and the loss of the deeper formative systems of faith life and family life and civic life that give us a trust in one another and move wisdom through the ages forward and create the interdependency in community so that if one of us is hurt or down or low, we’re picked back up by people who love us.

When all of that is fractured, it’s very easy to retreat into tribes and then to start to assign motive and ill will and evil intent toward “them.” That’s what’s going on here, that’s why you’re seeing this violence being justified.

How can faithful Catholics try to work past all this anger that’s a result of this increased polarization?

Politics is downstream from culture and our Church manages decline. Our Church has to lean into this and understand that unless we are about a vision, a noble pursuit of family life and faith life and a healthy, robust civic life instead of just confining ourselves behind the church’s four walls, we are going to lose everything that is precious in America. This sort of passivity as we manage decline in culture can no longer stand.

Politics can’t fix this. It is a deep, deep cultural problem for which the hierarchal Church and all of us as members of the body of Christ have to understand more deeply, it’s not just about an electoral college vote. This is symptomatic of a deeper problem of the fracturing of the traditions of culture, that [should] give rise to right reason and protection and good formation so that people can be empowered to live happy lives.

We’re all into the same construct of a seventies theology of mercy, which is beautiful but mercy from what? There are principles of justice that create the conditions for order, right choice, and a happy life, and when we fall and stumble there is mercy. This deeper understanding and preaching of the parameters that should guide us. I tell every young priest that’s in formation: just preach the commandments, just help by doing that. It is not compassionate toward people to not be clear about what the principles of justice are, and the responsibility and duties we have to ourselves to avoid sin and to be in solidarity with our neighbor. This passivity of managing decline, it all wants to be laid at the foot of politics. Politics has a critical role, of course, but not the only role. Restoring the culture is the key hope here. You aren’t going to solve this through another election.

I’m upset because I’ve watched my country come under attack. I’ve watched a mob develop and take over a precious institution that I have been charged with guarding and guiding as a representative of 600,000 people who’ve invested their trust in me. I’m upset for a couple reasons — yes, the literal event of what happened which is very dangerous and continues to be so, but also as a deeper sign of this degradation in our culture that we think violence is going to solve things.

Today’s Events at the Capitol Had...

Chaotic Scene at the Capitol Shake... 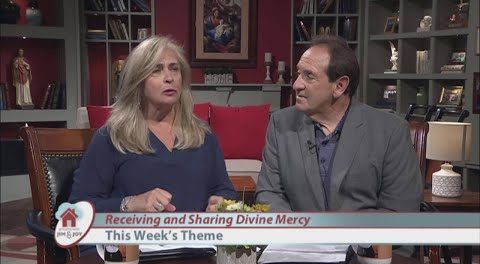 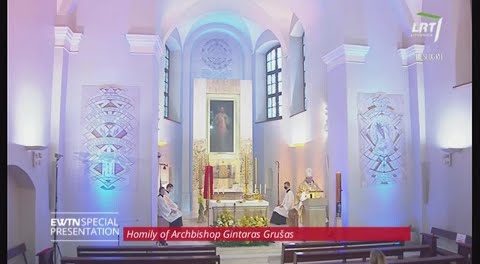