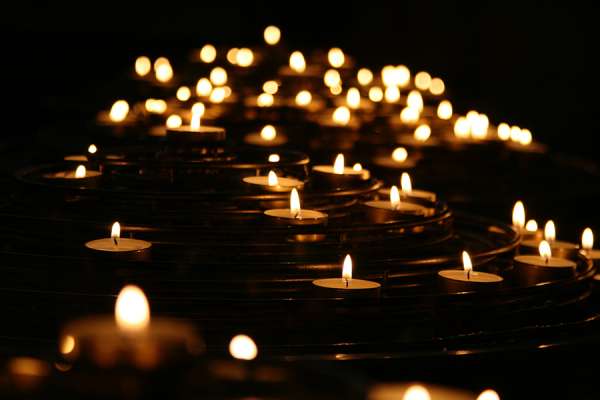 CNA Staff, Feb 19, 2021 / 02:20 am (CNA).- The number of people facing concerns or allegations of abuse against children rose by 29% in a year, according to a new safeguarding report on the Catholic Church in England and Wales.

The National Catholic Safeguarding Commission (NCSC) said on Feb. 10 that concerns or allegations were raised against 161 people in 2019, compared to 125 the year before.

The commission, an independent body mandated by the English and Welsh bishops and the Conference of Religious to oversee the Church’s safeguarding work, released the figures in its annual report.

The report noted that the year-on-year rise was consistent with wider trends reported by the National Society for the Prevention of Cruelty to Children (NSPCC). An NSPCC survey found that the number of recorded sexual offenses against children rose by 57% in the U.K. in the past five years.

“Set in this context, increased reporting of concerns or allegations of abuse within the Church is, at least in part, likely to reflect increased societal awareness of sexual abuse and the availability of pathways to report such abuse,” the NCSC said.

Police investigated 19 cases involving diocesan priests and there were two prosecutions that resulted in sentencing.

A further 79 people had concerns or allegations of abuse against adults raised against them in 2019, an increase of 16% compared to 2018.

The Catholic Church is under pressure to strengthen its safeguarding procedures following the publication of a highly critical independent report on clerical abuse in England and Wales.

The Independent Inquiry into Child Sexual Abuse (IICSA) report, issued in November, cataloged almost 50 years of safeguarding failures. It found that the Church in England and Wales received more than 900 complaints relating to 3,000 instances of child abuse against more than 900 people between 1970 and 2015. In the same period, it said, there were 177 prosecutions resulting in 133 convictions.

The report accused Cardinal Vincent Nichols of failing to accept “personal responsibility” or “demonstrate compassion towards victims” during a public hearing. It argued that the president of the Catholic Bishops’ Conference of England and Wales “did not always exercise the leadership expected of a senior member of the Church, at times preferring to protect the reputation of the Roman Catholic Church in England and Wales and in Rome.”

Ten days after the IICSA report’s publication, the Church announced sweeping changes to its child protection system. The bishops took the step in response to an independent review of safeguarding measures, commissioned by them in 2019.

The bishops said that they accepted all 15 of the review’s recommendations, which included creating a new body, known as the Catholic Safeguarding Standards Agency, as a professional standards agency for dioceses and religious orders.

Church leaders came under further scrutiny last month when a judge gave a priest who had advised the bishops on Catholic education a jail sentence of 11 years and six months for child sex offenses.

Amid criticism, the Archdiocese of Birmingham asked the children’s charity Barnado’s to review its of its handling of the case of Fr. Joseph Quigley.

A spokeswoman for the archdiocese told CNA: “The archdiocese will consider with Barnardo’s how much of the final report it will be appropriate to share and with whom.”

Archbishop Bernard Longley of Birmingham said that Quigley would face “Church disciplinary processes that acknowledge the seriousness of his offenses.”

The archdiocese’s spokeswoman said: “We do not know when the disciplinary processes will conclude — this lies finally with the Vatican.”

The NCSC’s annual report found that at the end of 2019, 96% of parishes in England and Wales had a parish safeguarding representative and a further 2% had made cover arrangements. It also recorded a 36% increase in the number of criminal record checks in 2019 compared to the year before.

The report noted in its conclusion that there could be significant delays in the reporting of child abuse.

“This suggests that the reporting of abuse that occurred in the past remains a significant matter of concern for the Catholic Church in England and Wales,” it said.

“Although many adults appear to report abuse within the year of occurrence, or within a few years of that, there is the need for more efforts to be made to encourage and facilitate reporting of any abuse at the time of occurrence, so that victims can receive timely support and those responsible for abuse can be robustly managed.”

It urged those responsible for safeguarding, including Church leaders, “to consider whether there are further steps that can be taken by the Church to both publicize its reporting policy and develop other initiatives to encourage reporting of abuse.”

The report contained a foreword by Chris Pearson, the NCSC’s director, who died on Jan. 31, days before the report’s publication.

In the foreword, he reflected on the impact of the IICSA inquiry.

He wrote: “Abuse of children causes significant harm and has long-term traumatic effects into adulthood; we all hold our heads collectively in shame at the profound impact of the horrific accounts given at the Inquiry by victims of sexual abuse perpetrated by those in positions of trust and power in the Catholic Church.”

One Meal a Day: An Ancient Monasti...