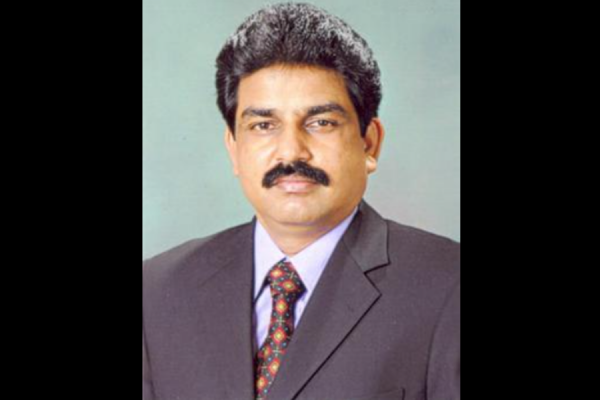 Rome Newsroom, Jan 15, 2021 / 07:00 am (CNA).- The diocese of Rome will host a memorial Mass on Friday for Servant of God Shahbaz Bhatti, a Catholic politician in Pakistan assassinated by an Islamic terrorist group 10 years ago.

Bhatti served as Pakistan’s Federal Minister of Minorities Affairs from 2008 to 2011. He advocated for four member seats for religious minority candidates in Pakistan’s senate and spoke out against religious persecution, especially the misuse of Pakistan’s blasphemy laws.

At the time of his death, he was the only Christian in Pakistan’s federal cabinet. He was gunned down by members of Tehrik-i-Taliban Pakistan while driving in Islamabad on March 2, 2011, after receiving death threats for more than a year.

Following his death, Catholic bishops in Pakistan called for the pope to recognize him as a “martyr and patron of religious freedom.”

The diocese of Islamabad-Rawalpindi opened Bhatti’s cause for beatification in March 2016. Among the testimonies documented was that of Bishop Anthony Lobo, who gave an interview to Fides News Agency shortly before his death in 2013.

He said that Bhatti “decided to play an active part in politics in order to protect the country’s Christians and other minorities.”

“A man of great commitment, he decided not to marry. He lived a life of celibacy. He had no possessions and saw his activity as a service. I believe that Clement Shahbaz Bhatti was a dedicated lay Catholic martyred for his faith.”

Religious freedom in Pakistan has worsened in the 10 years since Bhatti’s death, according to the U.S. Commission for International Religious Freedom (USCIRF). The U.S. State Department has designated Pakistan as a “country of particular concern” for violating religious freedom since 2018.

This week Open Doors’ World Watch List ranked Pakistan among the top five countries where Christians face the worst persecution in the world.

When Bhatti took office as Federal Minister for Minorities Affairs, he said that he had dedicated his life to the “struggle for human equality, social justice, religious freedom, and to uplift and empower the religious minorities’ communities.” He added that he accepted the post for the sake of the “oppressed, down-trodden and marginalized.”

“Jesus is the nucleus of my life and I want to be His true follower through my actions by sharing the love of God with the poor, oppressed, victimized, needy, and suffering people of Pakistan,” he said.

As a member of Pakistan’s ministerial cabinet, he supported religious minorities in several ways, including launching a national campaign promoting interfaith relations. In 2010, he led the organization of a National Interfaith Consultation in Pakistan which resulted in a joint declaration against terrorism.

Before his career in parliament, he founded Pakistan’s Christian Liberation Front and the All Pakistan Minorities Alliance movement, which fought against blasphemy laws used to persecute religious minorities, particularly Christians.

Bhatti had begun to receive death threats in 2009, but they increased in 2010 after he showed support for Asia Bibi, a Pakistani Christian woman who was sentenced to death for blasphemy in 2010. Bibi remained on death row until her acquittal by Pakistan’s Supreme Court in October 2018.

Bhatti was 42 years old when he was killed by gunshots while traveling by car to work in Islamabad.

In a video he recorded before his death, Bhatti had said: “I believe in Jesus Christ who has given his own life for us, and I am ready to die for a cause. I’m living for my community … and I will die to defend their rights.”

Pope Francis said in 2018 that Bhatti’s “sacrifice is bearing rich fruits of hope” in Pakistan.

The pope added: “The words of Jesus apply also to him: ‘Unless the grain of wheat falls into the earth and dies, it remains just a single grain; but if it dies, it bears much fruit.’”

Archbishop Gianpiero Palmieri, vice-regent of the diocese of Rome, will offer the memorial Mass for Bhatti at the Church of St. Bonaventure in Rome on Friday evening. Paul Bhatti, the brother of Shahbaz Bhatti will share his testimony after the Mass. A collection will be taken at the Mass for a mission school in Pakistan.

‘This was a historic moment’: Engl...

The Silent Persecution of Christia...