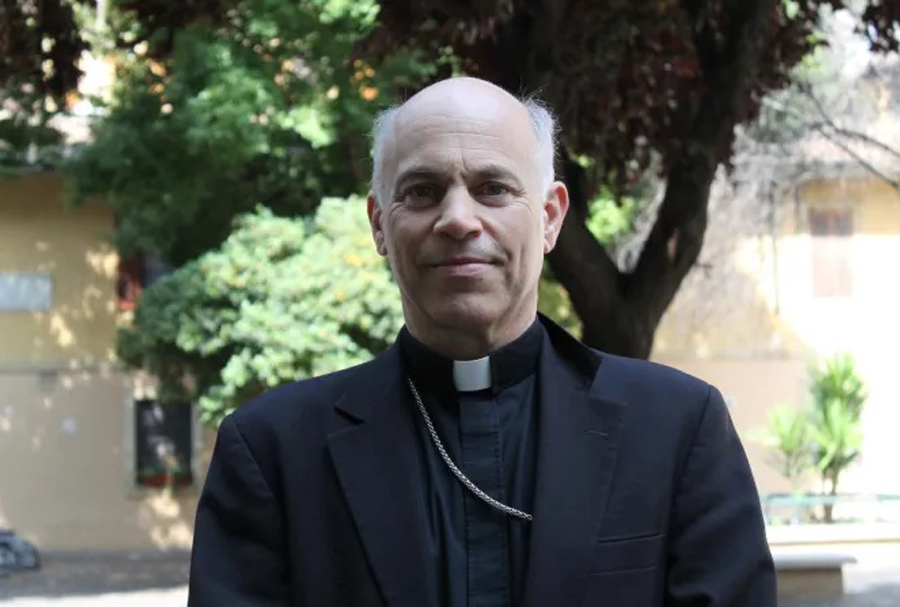 Archbishop Cordileone notified the Speaker of the House of his decision May 19 and released letters to the priests and the laity of the Archdiocese of San Francisco explaining the act May 20.

Catholics are responding in a variety of ways to Archbishop Salvatore Cordileone’s decision not to admit Nancy Pelosi to Communion, from viewing it as a compassionate act to the “waging [of] a culture war.”

Archbishop Cordileone notified the speaker of the House of his decision May 19 and released letters to the priests and the laity of the Archdiocese of San Francisco explaining the act May 20.

Archbishop Cordileone said on May 20 that the step was “purely pastoral, not political” and came only after Pelosi, D-Calif., who has described herself as a “devout Catholic,” repeatedly rebuffed his efforts to reach out to her to discuss her abortion advocacy.

Archbishop Samuel Aquila of Denver tweeted, “I support and commend my brother bishop, Archbishop Cordileone, for making this courageous, compassionate, and necessary decision.”

Bishop James Conley of Lincoln, Nebraska, tweeted, “I support Archbishop Cordileone in his courageous pastoral outreach to a member of his flock. His actions are made as a shepherd with the heart of Christ.”

Jamie Manson, president of the abortion-advocacy group Catholics for Choice, maintained that the archbishop “is waging a culture war that the bishops have already retreated from” and claimed that Archbishop Cordileone’s action is “extreme.”

Bishop Donald Hying of Madison, Wisconsin, supported Archbishop Cordileone, saying: “I fully support Archbishop Salvatore Cordileone’s prudent decision to recognize that the Speaker of the House of Representatives, Congresswoman Nancy Pelosi, has persistently taken public positions in support of legal abortion, contrary to her professed Catholic faith, choosing to separate herself from full communion with the Catholic Church, and therefore is not to present herself for the reception of Holy Communion in the Archdiocese of San Francisco.”

Bishop Hying said that “Cordileone’s public statement made it clear that this serious measure is ‘purely pastoral, not political’ in a further attempt ‘to help her understand the grave evil she is perpetrating, the scandal she is causing, and the danger to her own soul she is risking …’ .”

“This is not a decision that was made rashly, but rather one made after almost ten years of patient dialogue and repeated attempts at reconciliation with the congresswoman and the consistently held teachings of the Catholic Church,” Bishop Hying wrote. “Please join me in prayer for Speaker Pelosi, that she may embrace the sacred truth and dignity of the human person, formed in the womb, in the image of God.”

In a string of tweets, Brian Burch, president of Catholic Vote, stated that “Catholics across America commend Archbishop Cordileone and his pastoral leadership in handling the scandal posed by House Speaker Nancy Pelosi. For too long Catholic public officials have created confusion and disunity by advocating for policies that destroy innocent human life — in direct contradiction of the teachings of the Catholic faith.

“The persistent disobedience of these public officials is a source of enormous sadness and scandal that begged for a response. The Church has no choice but to protect itself and to encourage all of its members to live in communion with its teachings.

“For the sake of Speaker Pelosi and the rest of the flock in his charge, Archbishop Cordileone is right to call her to return to full communion with the Church. We hope and pray she will do so.”

Another Twitter user, Craig de Aragón, tweeted, “Wow, +Cordileone has the heart of lion.” Twitter user Jeff Culbreath tweeted, “Thank you, Archbishop, for ending this scandal and caring for the souls of your flock. Including Speaker Pelosi’s.”

Who is Pauline Jaricot, the Cathol...

Cordileone Teaches Pelosi and the...