Celebrate the Ignatian Year With a Spiritual Treasury 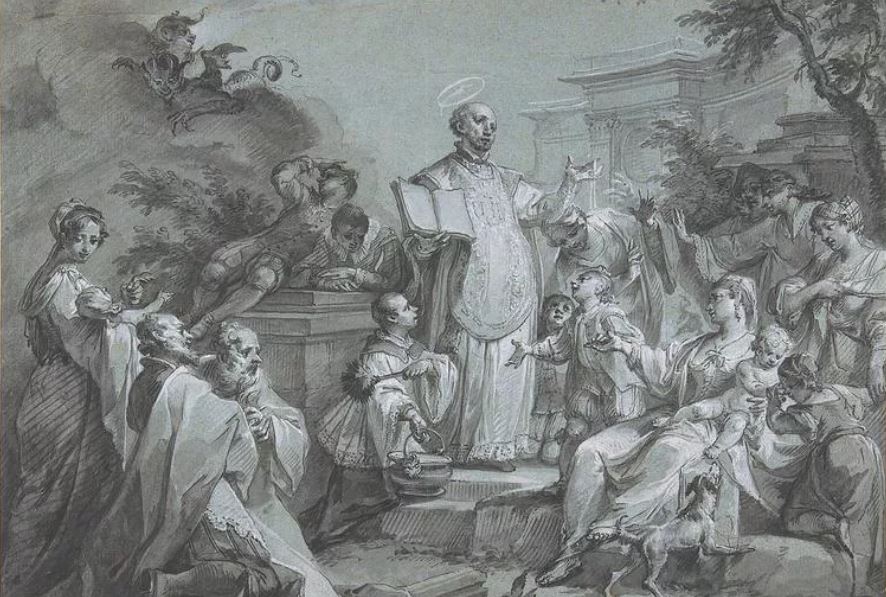 Celebrate the Ignatian Year With a Spiritual Treasury

COMMENTARY: We are invited to consider the ‘cannonball moment’ in our own lives.

With nary a moment for the Church to catch her breath after the excitement of the 2020-2021 Year of Laudato Si, the Jesuit Year of St. Ignatius begins on May 20.

The Jesuits are preparing to celebrate the 400th anniversary of the canonizations of St. Ignatius Loyola and St. Francis Xavier. The anniversary will fall on March 12,  2022.

March 12, 1622, was the single greatest day in the history of canonizations, with the two original Jesuits canonized in the same ceremony with three others: St. Teresa of Avila, St. Philip Neri and St. Isidore, the Spanish farmer.

The Council of Trent was the doctrinal and juridical response to the Protestant Reformation. The saints of 1622 were the pastoral response, as the Church’s authentic reform is always led by saints.

The Jesuits will celebrate with a special Ignatian Year. It begins this week on the 500th anniversary of the “conversion” of Ignatius. The Ignatian Year will reach its high point next March12, and then conclude on July 31, the feast of St. Ignatius.

On May 20, 1521, the soldier Ignatius was wounded in battle, a cannonball shattering his legs in a battle near Pamplona, Spain. It was during his recovery that Ignatius, reading the lives of Christ and the saints, turned away from the search for worldly glory. The Ignatian year jubilee will open on the fifth centenary of the “cannonball moment” that shattered Ignatius’ previous perspectives on life.

His reflections on discerning God’s will during the months of recovery would lead to his famous Spiritual Exercises, which have found a central place in the spiritual treasury of the Church. Leaving behind the military life, Ignatius would make his way to Paris, the intellectual center of Catholicism. There he would meet Francis Xavier and Peter Faber, forming the nucleus of what would become the Society of Jesus, the Jesuits.

There will be a vast array of initiatives from Jesuits the world over in the 14 months ahead. The Jesuits of North America are inviting people to consider the “cannonball moments” in their own lives.

Father Sosa granted a series of interviews for the opening of the special year, including one with America magazine. He was nonchalant about plummeting vocations but keen on the possibilities of Jesuit environmental activism. There will follow much more in that vein.

Ordinary Catholics grateful for the charism entrusted to St. Ignatius might mark the year with a new book in the “Word on Fire Classics” series. The media ministry of Bishop Robert Barron has been republishing a series of spiritual classics, and the Ignatian Collection presents the Spiritual Exercises, along with an introduction by Bishop Barron.

There is a great deal of confusion about “discernment” in the Church today. It doesn’t mean, at least according to St. Ignatius, turning in upon oneself, rummaging around inside to collect what wisdom can be gleaned from one’s own experience, emotions and analysis. It means rather being sensitive to how God is moving in the heart, precisely that one might turn (convert) more completely toward His will.

In recent decades there has been a marked increase in interest in the Ignatian discernment of spirits. Certain respected authors like Father Timothy Gallagher of the Oblates of the Virgin Mary have led a revival of Ignatian spirituality. Given the number of books available on the Spiritual Exercises, it may be a good project during the Ignatian Year to read the exercises themselves.

The genius of the Ignatian Collection though is in the second and third parts, after the first part dedicated to the exercises. The second part is a collection of the poetry of Gerard Manley Hopkins, the 19th-century Jesuit, and Part Three consists of excerpts from the letters of St. Francis Xavier.

The Hopkins section helpfully includes brief explanations and definitions to help the reader better understand the poems. In Binsey Poplars, a poem about the felling of magnificent trees to provide timber for the railway, Hopkins uses the word “unselve.” Unfamiliar with it? Nothing to be embarrassed about; Hopkins made it up.

“Unselve: an invented word,” the editor helpfully explains. “Meaning ‘to take away its essential self.’ Here the ‘rural scene’ has had its essential character taken away by the felling of the trees. Possibly it is also a play on the word ‘sylvan’ (forested), in that the scene has been literally de-forested.”

Who wouldn’t want to read Hopkins with a helpmate like that?

The letters from St. Francis Xavier are a treasure, capturing the immediacy of the mission to the Indies. The letters capture the urgency of mission in the 16th century, which brought the faith to India, Japan and China. At the same time, brother Jesuits from France and Spain were bringing the faith to New France and Latin America.

Included, for example, is a letter which Francis wrote from Cochin, in what is now Kerala in the south of India, the area of the St. Thomas Christians. It is famous for its inclusion in the breviary for the feast of St. Francis Xavier, with its lament that too many are wasting their time studying the faith rather than spreading it.

“It often comes into my mind to go around all the universities of Europe, and especially that of Paris, crying out everywhere like a madman, and saying to all the learned men there whose learning is so much greater than their charity,” Francis wrote, eager to propose to them the adventure of mission. “They would exclaim from the bottom of their hearts: ‘Lord, here am I; send wherever it should please Thee, even to India!’ Good God! How much happier they would be!”

The letters are rarely encountered today, and would certain never be read in a liberal university “in the Jesuit tradition,” as they are usually styled. There is a marked lack of esteem for ecumenical and interreligious dialogue.

Yet they are worth reading to understand how the new evangelization is both alike and different from the great Jesuit missionary journeys. Their zeal was admirable and needed in every age. But their situation was different.

The letter from Cochin — the part that doesn’t make it into the breviary — expresses gratitude to the Portuguese colonial governor for generously granting “4,000 gold fanons for the salary of these catechists.” The Jesuits were known as the “confessors of kings” for their closeness to the rich and powerful. They put that influence to good use then for the missions. The Jesuit missions were often backed by state power.

The Jesuits are still close to influential elite, cultivating relationships with the mighty through their expensive schools and universities. The challenge today though is different; those very same elite often have little interest in being missionary disciples — a point Pope Francis has made more than once.

As the Ignatian Year gets underway, the Vatican has not yet indicated how Pope Francis, the first Jesuit pope, will participate.
Share With:
Previous Article