Chileans to pray ‘Rosary of Hope’ for drafting of new Constitution 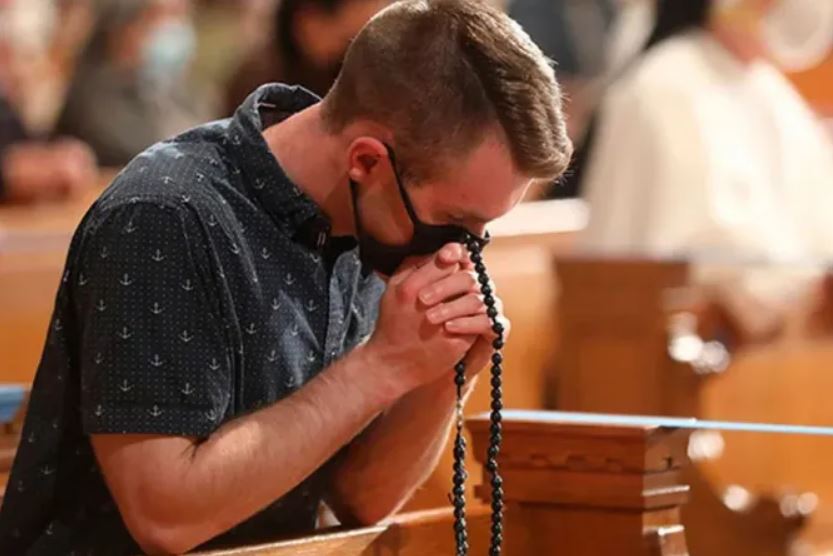 Chileans to pray ‘Rosary of Hope’ for drafting of new Constitution

Beginning Wednesday, June 23, Catholics in Chile will pray a rosary every week for the Holy Spirit to guide the work of drafting a new constitution for the country.

A Rosary for Chile is the lay group that has been promoting this national “Rosary of Hope” prayer crusade since December 2020, after the country approved the constitutional process in a plebiscite by a margin of 78% in favor and 22% against.

Participants will pray a rosary every Wednesday at 7:15 p.m. The organizers are asking their fellow citizens to pray for the 155 people who were elected May 15 and 16 as members of the Constitutional Convention. That elected body will draft the Magna Carta to replace the one promulgated under the military dictatorship of Augusto Pinochet in 1980, and which is still in force.

In October 2019, demonstrations broke out in Santiago over an increase in subway fares that was subsequently rescinded. Other regions joined in the protests, expanding their grievances to economic inequality and the cost of healthcare.

The protests continued for about six months, were often violent, and in some cases churches were burned. The crisis led to a groundswell of support for a new constitution, as many believed the one in place was at the root of many of the country’s problems.

The bishops of Chile have urged that the new constitution uphold fundamental rights and values, including the right to life.

The first meeting of the members of the Constitutional Convention will be held on July 4, during which the president and vice president who will lead the process will be chosen.

In addition to asking the Holy Spirit to “guide the work of the elected constituents,” those joining the rosary initiative will pray for “the sanctification of priests, for priestly and religious vocations,” and for the “particular needs of all who join in praying,” a press release from the group A Rosary for Chile explained.

“Where human capabilities are not enough, Catholics know from centuries of experience that God and Our Lady work wonders.”

“We’re sure that if we persevere” in praying this “powerful Rosary of Hope, all the supplications will receive an answer,” the organizers said.

“We invite you to take a leap of faith and trust, which can move mountains. We all need the warm embrace, the consolation, the intimate experience of an encounter with God or even an authentic miracle, which prayer expressed with faith and love makes possible,” the organizers said.

The Joy of the Priesthood Through...