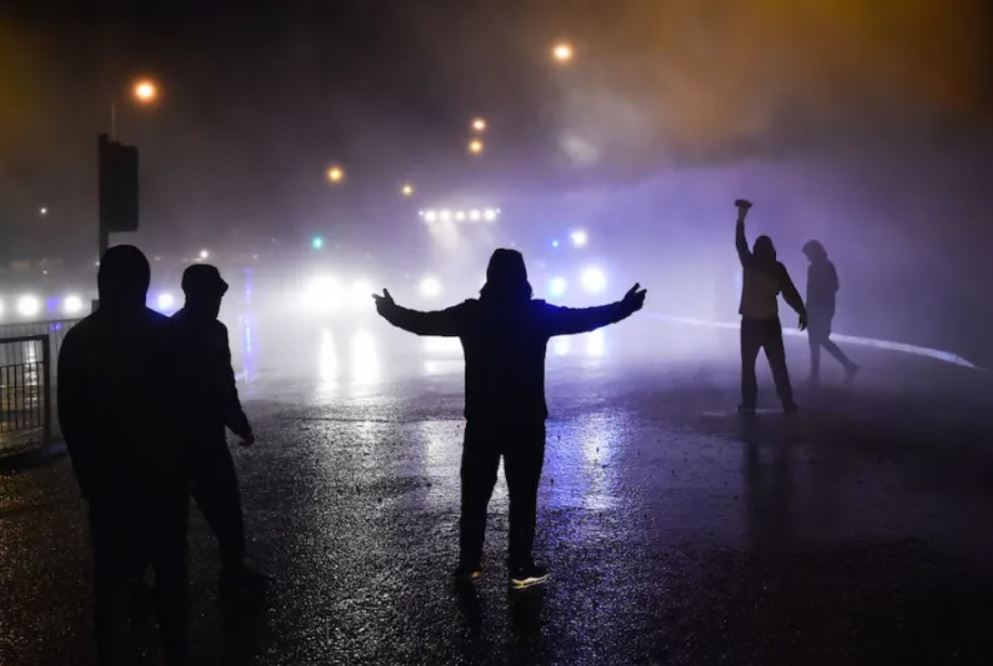 The Catholic archbishop of Northern Ireland on Tuesday joined with other Christian leaders in calling for a “unified” response to recent unrest and street riots, and highlighting the importance of preserving Northern Ireland’s “fragile peace.”

“Church representatives and other community leaders working on the ground in affected communities have spoken to us of their frustration at seeing another generation of young people risk their lives and their futures because repeated warnings about the need to treat our fragile peace with care went unheeded,” the April 13 letter reads.

The signers included Archbishop Eamon Martin of Armagh, Primate of All Ireland. The letter was addressed to Northern Irish ministers, the British and Irish governments, and to the European Union.

The current unrest in Northern Ireland began in late March, and has taken the form mainly of young people throwing bricks, fireworks, and other projectiles at police.

According to the BBC, the unrest largely erupted as a result of police in March choosing not to prosecute members of the left-leaning Sinn Fein party for violating coronavirus restrictions last year, as well as continued tensions over a new sea border between Northern Ireland and Ireland imposed as a result of Brexit.

Nearly a dozen people have been arrested and at least 90 police officers have been injured so far in the riots, though recent nights have been quieter, likely because of the April 9 death of Prince Philip. Northern Ireland is part of the United Kingdom.

Though the conflict in Northern Ireland dates back centuries, the Good Friday Agreement of April 10, 1998— 23 years ago this month— largely brokered peace on the island.

The faith leaders in their letter noted the importance of negotiating agreements that serve the common good.

“We are conscious too that Churches are only a small part of the wider civic leadership in our society, and that all civic leaders have a responsibility to support our elected representatives as they seek to negotiate difficult compromises and find new accommodations for the common good,” they wrote.

“At the same time, we have a responsibility to hold them to account, and the persistent levels of socio-economic inequality in the areas worst impacted by violence, over two decades after the signing of the Good Friday Agreement, demand more sustained attention and meaningful intervention by political leaders.”

Various political leaders in Northern Ireland have condemned the current violence but have disagreed about its causes and solutions.

The Northern Ireland Protocol, which came into force in January, requires certain goods such as meat and eggs coming from Britain to be inspected at Northern Irish ports, the implementation of which has caused some disruption to food supplies. Unionist groups in Northern Ireland oppose the inspections because they do not want Northern Ireland to be treated differently than the rest of the UK.

The UK is now negotiating with the EU over the dispute.

The faith leaders encouraged Northern Ireland’s leaders, as well as those of the UK government, to present a unified front, especially in negotiations with the European Union.

“As Christian Church leaders from across the island of Ireland, we appeal to our political leaders to come together in a unified response to the heartbreaking scenes witnessed on our streets last week and renew their commitment to peace, reconciliation and the protection of the most vulnerable,” they wrote.

They also urged support for the police in the face of the violence directed against them.

“All of us in Northern Ireland have created a society in which even-handed policing requires the wisdom of Solomon combined with the patience of Job…It is vital that we address concerns in a way that strengthens our democratic processes rather than undermining them,” they wrote.

The conflict’s 20th century framework was set in 1921-22 with a treaty that partitioned the island of Ireland into the six counties of Northern Ireland and the 26 counties of the Irish Free State. Irish nationalists were themselves riven by bitter civil war after the treaty and the partitioning, though the 26 counties later became fully independent in the late 1940s as the Republic of Ireland.

In Northern Ireland, differences between nationalists who backed a unified Ireland and unionists who supported the United Kingdom split strongly along religious lines, and Protestants tended occupy a place of social and economic privilege. In the 1960s, Catholics began to push strongly for civil rights, voting rights, police reform, and an end to discrimination. Tensions turned violent in 1968, after civil rights demonstrators faced violent opposition from their opponents and police inaction.

The period known as The Troubles featured riots, violent attacks, bombings and retaliation from Protestant and Catholic paramilitary groups, as well as involvement from the Royal Ulster Constabulary police, intervention from the British military, and mass internment of civilians.

Along with controversy surrounding treatment of Northern Ireland amid Brexit, in recent years the UK parliament has sought to impose largely unpopular legislation on Northern Ireland, including measures to legalize abortion and same-sex marriage.

Pope Francis: ‘The Church is a Gre...