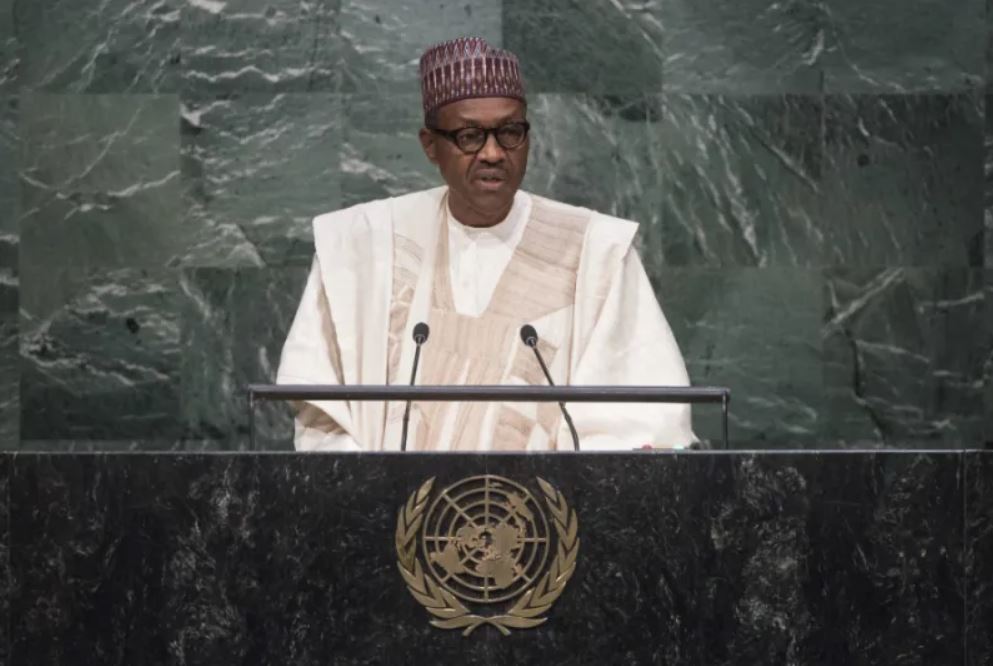 In their April 11 statement obtained by ACI Africa, the leadership of the Christian Association of Nigeria called for “serious adjustments” on already executed appointments, and a “paradigm shift” in future appointments.

“Under the watch of President Buhari, especially throughout his first term, the Judiciary was literally an appendage of Nigerian Supreme Council for Islamic Affairs (NSCIA) because its members were in charge of its affairs,” CAN’s officials said.

Making reference to the country’s former Chief Justice being banned from holding public office for ten years, they added, “We all know how they removed Justice Walter Onnoghen from office without following due process.”

“The grand plan of subtle Islamization is to make a Muslim the head of every key board, committee, parastatal and put Christians under without much influence in the decision-making process in the establishment (irrespective of their number),” the Christian leaders said.

The reaction of the officials of the ecumenical body, whose membership includes representatives of the Catholic Secretariat of Nigeria, have “been recently strengthened by the ‘2020 Country Reports on Human Rights Practices: Nigeria’ of the U. S. Department of State,” they said.

“In the report, it was stated that, ‘traditional relationships were used to pressure government officials to favor particular ethnic groups in the distribution of important positions and other patronage.’”

The claims of Islamization were stirred by the March 19 recommendation of Nigeria’s National Judicial Council for the appointment of Court of Appeal judges.

Following the appointments the president of CAN, Supo Ayokunle accused the country’s leadership of sidelining Christians and cautioned, “If you don’t take the religious, ethnic diversities into consideration, then it will be to your tents, oh Israel.”

“I challenged the NJC recently on the new Appeal Court judges they appointed. I said that out of the 20 judges you appointed, 13 are from the North while seven are from the South,” Ayokunle was quoted in Vanguard as saying March 28.

The claims of the CAN official attracted a reaction from their counterparts at NSCIA, who in a March 29 statement accused the Christian leaders of undertaking a “campaign of calumny” over the judicial appointments.

The Muslim leaders offered a breakdown of the religious affiliations of all the country’s 70 appellate judges and vowed not to “allow the serial falsehood of CAN and its propensity for character assassination of people on the basis of their religious identity to stand.”

In their April 11 statement, CAN representatives note that the leadership of the Muslim Council was, in its statement, “smart by half when it picked an example of just one arm of Government without addressing the totality of fundamental questions on all the arms of government.”

“Should it not have been better for the Council to have been bold enough to examine the entirety of appointments made by President Muhammadu Buhari as serially referenced by CAN?” officials of the Christian body asked.

According to the Christian leaders, “The NSCIA evaded those troubling issues that are well known not only to Nigerians but members of the international community; those knotty issues that have pushed our country on the edge of a precipice.”

Members of the Christian body said that the past imbalance in Nigeria’s public service “is different from what is happening today when those in power are deliberately overlooking the qualified Christians who should be in different positions.”

As a way forward regarding hiring by government, Nigeria’s Christian leaders “demand some serious adjustments forthwith on the appointments already done, and henceforth desire a paradigm shift in the ways and manners the affairs of this country are run, and appointments are done from time to time as to be clearly reflecting that this country, Nigeria, is not owned by Muslims, but a multi-ethnic and multi-religious country.”

In their April 11 statement, CAN officials also responded to claims by the Muslim leaders that the Central Bank of Nigeria is bankrolling the Christian body, terming the allegations as a “wicked lie and dubious attempt … to mislead the public.”

Representatives of the ecumenical entity further express displeasure at the “vulgar, immature language and unprintable words” that NSCIA leaders used in their March 29 statement to address their Christian counterparts.

“We are disappointed with the tone of the highest Islamic body in the country for the abysmal and tragic condescension knowing that the Council is made up of eminent and highly respected personalities,” Nigeria’s Christian leaders said.

They added, “This country is greater than anybody or association for that matter. We shall come and go, but the country will outlive all of us. We should therefore avoid both political and religious war and live in peace as one with the understanding that what you do not want others to do to you do not do it unto others.”

“May God help Nigeria to rise above mediocrity, spiraling challenges, and be prosperous in Jesus’ name,” the leadership of CAN implored.