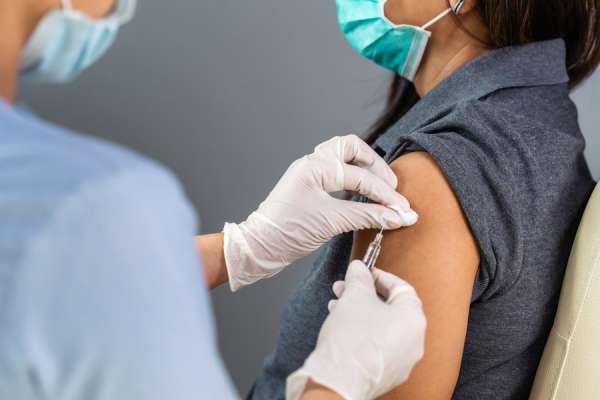 Governing authorities ought to respect an individual’s decision to accept or refuse a vaccine according to their conscience, the organizations stated.

“While the pandemic remains a significant public health crisis, the individual rights of American citizens also remains of paramount importance. The guarantee of ‘life, liberty, and the pursuit of happiness’ includes the right to make individual health care decisions while taking into account our responsibility for the common good,” the March 2 statement reads.

The signers noted that some people may object to accepting a vaccine on moral grounds, as many modern vaccines have some connection with HEK-293 tissue which is descended from a baby who was likely aborted in the 1970s.

Guidance from the Vatican and the U.S. bishops’ conference has clarified that though Pfizer’s and Moderna’s vaccines do have some connection to abortion, it is extremely remote and Catholics may morally accept them. Pfizer and Moderna’s vaccines both use mRNA technology and are not produced using fetal cells.

Even Johnson & Johnson’s vaccine, which was developed, tested, and is produced with abortion-derived cell lines, can be accepted by Catholics if there are no alternatives available, the US bishops’ conference has said.

“An individual’s decision to be vaccinated will also depend upon their personal assessment of the medical risks, a choice that should be respected. The decision not to be vaccinated must be accompanied by a commitment to take necessary precautions to lessen disease transmission,” the statement continues.

The organizations noted that vaccine distribution ought to prioritize those at greatest medical risk and those directly involved in the care of the sick.

“Attention should also be given to making vaccines available to smaller independent hospitals and clinics serving in underserved and rural areas where the vaccines to date have been less available.”

At the same time, the groups reiterated that vaccinations should be voluntary, respecting those who choose to object.

“It is fundamental that the right of individual conscience be preserved. Coerced vaccination would irreparably harm Constitutional rights and the patient-physician relationship,” the groups said.

“Conscience is an individual belief influenced by many factors such as faith, culture, family, and reason. Each individual makes a conscientious decision in any given situation. Respect for conscience rights is always of primary importance.”

Nation- and state-wide vaccination mandates for all people do not exist, but private businesses are allowed to implement vaccine mandates for their employees.

Since the COVID-19 pandemic began, certain populations have borne the brunt of virus deaths, and become the subjects of discussions about who should receive a vaccine first.

Prisons have reportedly suffered many virus outbreaks as well, although the data at hand do not show as high of a fatality rate among this population.