Christians still face persecution but there are signs of hope, Catholic charity says 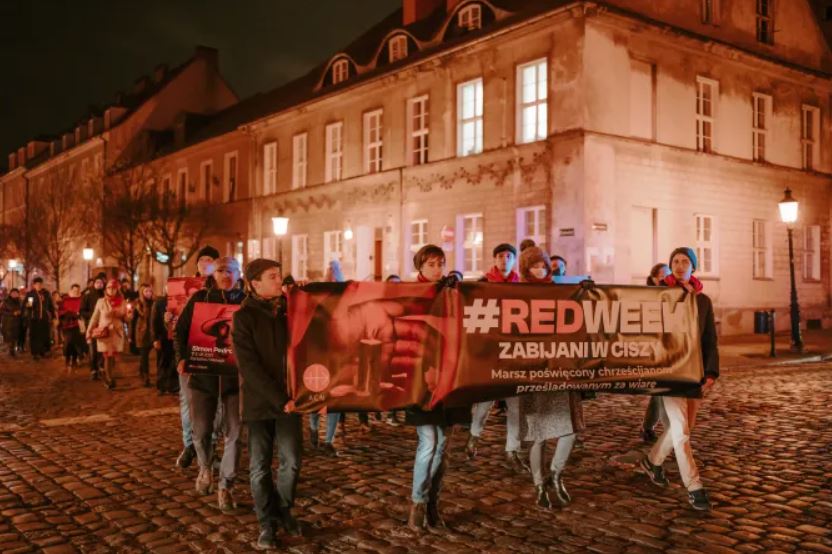 Christians still face persecution but there are signs of hope, Catholic charity says

Christians continue to face persecution across the globe but there are many signs of hope, according to the Catholic charity Aid to the Church in Need (ACN).

“The year 2021 has been marked by gratitude and concern,” wrote Thomas Heine-Geldern, executive president of ACN, in a Dec. 27 statement.

Heine-Geldern expressed gratitude for the success of ACN’s annual report on religious freedom, as well as the Red Week initiative, which involves the illumination of tens of thousands of churches and institutions in red to raise awareness about the ongoing persecution of Christians.

This month’s consecration of the Cathedral of Our Lady of Arabia in Bahrain offered “a ray of hope for the coexistence of Christians and Muslims in the Arab world,” he wrote. The cathedral’s construction was co-sponsored by ACN.

He also thanked Pope Francis for his trip to Iraq, which he said brought hope and solace to Christians in the war-torn country.

“Most importantly, the Holy Father brought to the attention of the international community the situation of the Christians in Iraq and in the entire Near East,” he wrote. “Although the Christians are a constituent part of their native countries, far too often they are treated as second-class citizens.”

Heine-Geldern wrote that he has growing concern over the murder, kidnapping or abuse of priests, religious and Catholic laity particularly in India and Nigeria, as well as the African Sahel region and Mozambique.

“Although the violence affects all, Christians are hardest hit,” he wrote. “It is deeply regrettable that in many areas terrorism and violence are preventing the Church from carrying out its pastoral and social work.”

“Not only the churches and monastic communities, but also hospitals, schools and many other facilities that are run by the Church and are of vital importance to the people have been forced to close,” he continued. “The local Church is now facing another Herculean task: providing care and assistance to the hundreds of thousands of refugees and displaced persons.”

He also warned of a growing religious intolerance particularly in Europe.

“We are now preparing to face the emerging challenges of 2022 armed with our faith in God and confidence, whereby we understand confidence as a virtue that does not disclaim these fears and worries, but constantly seeks to find new areas to serve our mission,” Heine-Geldern wrote.

The Epiphany of the Lord — Wise Me...