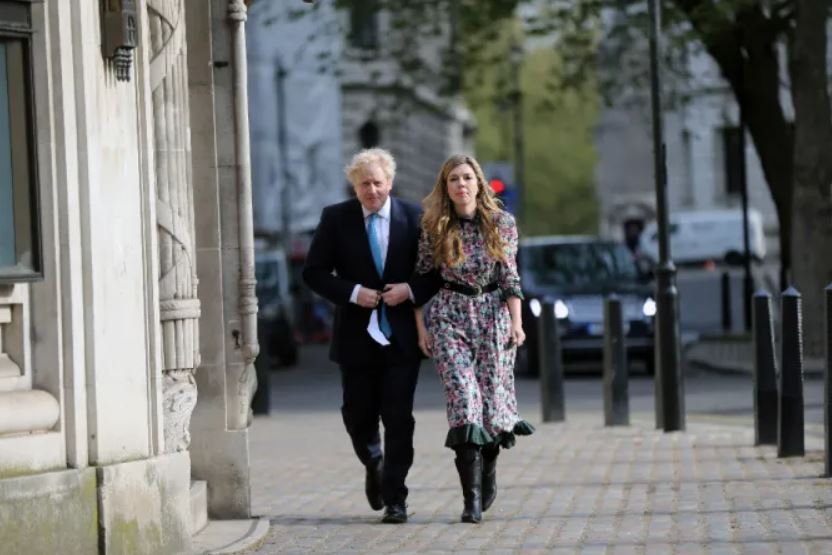 Church authorities said that “all necessary steps were taken, in both church and civil law,” ahead of twice-divorced British Prime Minister Boris Johnson’s wedding at a Catholic cathedral in London on Saturday.

Johnson married Carrie Symonds, the mother of his one-year-old son Wilfred, in a small ceremony at Westminster Cathedral on May 29.

“All necessary steps were taken, in both church and civil law, and all formalities completed before the wedding. We wish them every happiness.”

News of the ceremony provoked debate among Catholics about how the prime minister was eligible to marry at the mother church of Catholics in England and Wales.

Fr. Mark Drew, a priest serving in the Archdiocese of Liverpool, asked how the wedding would be perceived by Catholics seeking a second marriage in church.

Writing on his Twitter account, he said: “Can anyone explain to me how ‘Boris’ Johnson, who left the Catholic Church while at Eton and is twice divorced, can be married at Westminster Cathedral, while I have to tell practicing Catholics in good faith who want a second marriage in Church that it’s not possible?”

Johnson, who has served as prime minister since July 2019, was baptized a Catholic at the behest of his mother, Charlotte Johnson Wahl. But he was confirmed in the Church of England, the mother church of the Anglican Communion, while studying at the prestigious boarding school Eton College.

Carrie Symonds, 33, is a Catholic who has referred to her faith on social media.

Fr. Gary Dench, an assistant priest at Brentwood Cathedral, Essex, who is studying canon law at Leuven in Belgium, wrote on social media that Johnson remained a Catholic despite his Anglican confirmation.

“As such, Boris Johnson remained bound by ecclesiastical laws in force and which were binding on him as a Catholic when he contracted his previous marriages,” he said. “These marriages were, therefore, governed by both natural law and canon law.”

Neither Johnson’s first wedding, to Allegra Mostyn-Owen, or his second, to Marina Wheeler, took place in a Catholic church.

Dench noted that, according to the Code of Canon Law, if Catholics do not marry before a “lawful ecclesiastical authority,” or receive a dispensation, then their marriages are regarded as invalid.

“These cases do not require a formal annulment procedure. It is a brief documentary process which the Tribunal of the Archdiocese of Westminster would have investigated before the Prime Minister’s wedding could have gone ahead,” he wrote.

Observing that Symonds had never previously married, Dench said: “As such, she has a general right to marry, and a right to receive the Sacraments. If her spouse (the PM) is also not prohibited by law, previous relationships notwithstanding, then [there] can be no question of trying arbitrarily to prevent this.”

He added that the rules applied “equally to all Catholics, whatever their wealth or rank.”

The couple’s links with Westminster Cathedral, which is near to the prime minister’s residence at 10 Downing Street, first became public last year.

The couple’s son, Wilfred Johnson, was baptized at the cathedral on Sept. 12, 2020, in a private ceremony.

Wilfred Lawrie Nicholas Johnson was born on April 29, 2020. Announcing her son’s birth on Instagram, Symmonds said that he was named Wilfred after Johnson’s grandfather, Lawrie in honor of her grandfather, and Nicholas after Nick Price and Nick Hart, the physicians who saved the prime minister’s life after he was hospitalized with the coronavirus earlier that month.

Johnson, 56, is the first baptized Catholic to become prime minister.

Tony Blair regularly attended Mass while serving as prime minister from 1997 to 2007, but was only received into the Catholic Church after he stepped down from office.

After centuries of persecution, the Roman Catholic Relief Act 1829 enabled Catholics to sit in Parliament and hold government office. But the Act said that no Catholic could advise the Crown on the appointment of Church of England bishops. As this is one of the duties of prime ministers, it was widely believed that the Act effectively prevented a Catholic from assuming the role.

But commentators argue that if the prime minister was a practicing Catholic then an alternative arrangement for appointments to the established church would be introduced.

Johnson has said that his faith comes and goes like the signal of the radio station Magic FM in the Chilterns, a rural area northwest of London.

He told the Daily Telegraph newspaper in 2015 that while he thought a lot about religion, he was not a regular churchgoer. He added that it would be “pretentious” to describe him as a serious Christian.