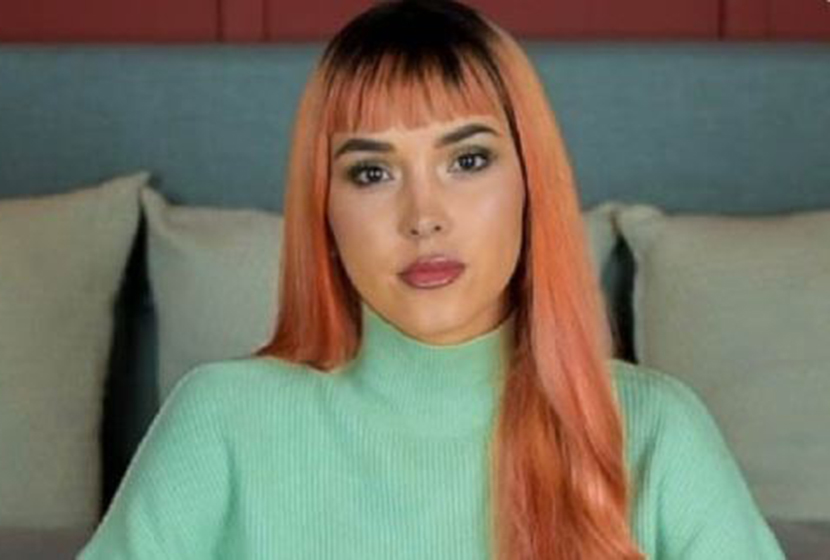 The Constitutional Court of Colombia has overturned a lower court’s decision that forced Colombian influencer Erika “Kika” Nieto to take down a video in which she expressed her Christian belief that marriage is between a man and a woman.

“No one should be censored or fear criminal penalties for expressing their beliefs,” said Santiago Guevara, a lawyer for Nueva Democracia, an NGO that with the support of the Christian legal defense organization Alliance Defending Freedom (ADF) International, represented Nieto.

“Together with Kika, we are delighted that the Court has reversed this censorship decision. Kika stood firm during this ordeal to defend everyone’s freedom to share their beliefs,” Guevara said.

Kika Nieto, who is a Christian, has faced legal proceedings since April 2020, initiated by José Francisco Montufar Rodríguez, a lawyer and LGBTIQ+ activist.

Montufar Rodríguez demanded that the Colombian courts censor a video in which Nieto said: “It is my opinion that God made us all, and created man and created woman so that man is with woman and woman is with man and that’s it.”

“What we have done after that, as man with man and woman with woman, I don’t think is right. However, note this: I tolerate it,” Nieto added.

In the recording, posted in 2018 under the title “My most sincere video,” Nieto answered questions from her followers.

After Montufar Rodríguez filed a complaint about the views of the Colombian influencer, a court ordered the young woman to remove the video and denied her the right to free speech. Then, on Nov. 23, the Constitutional Court overturned that decision and dismissed the lawsuit.

In an interview with ACI Prensa, Guevara said that although his client is once again free to share her convictions, the defense is disappointed by some details of the Constitutional Court ruling.

“Although the lower court’s ruling that violated Kika’s rights has been  overturned, [the Court] did not rule on the content of those rights,” Guevara lamented.

“This criticism is based on the fact that, regardless of whether the (plaintiff’s) petition for judicial protection was declared admissible or not, the truth is that the Court was expected to reaffirm the precedent set in SU-355 of 2019 and point out that what was expressed by Kika in her video was protected by her fundamental rights to free speech and religious freedom,” he said.

“In this regard, the Court left out an analysis of absolute relevance,” he Nieto’s lawyer explained.

SU-355 involved a journalist claiming in a YouTube video that “Kika Nieto hates gays even if she says otherwise.” The case distinguished between the subjective opinions of free speech and the requirement of news reporting to be based on objective verifiable facts.

Guevara said that although the ruling is “final” for this specific case, “regarding the rights that we sought to protect, both those of the plaintiff and Kika’s, there is no position of the Court on the underlying issues that closes the debate definitively.”

“Therefore, if a similar case is presented, this judgment does not set a precedent for how to resolve it, except in procedural matters … it would have been appropriate to have a precedent that would give clear and bolstered protection to free speech when court rulings are issued based on religious beliefs,” he said.

Guevara explained that the court “resolved the case by focusing on  procedural matters. It considered that the requirements of immediacy and subsidiarity of the legal action weren’t met, since the plaintiff didn’t first resort to (other avenues) and filed long after the events took place.”

He continued: “Therefore, it was decided to declare the petition for protection inadmissible, which has a positive effect, since the lower court ruling that violated Kika’s rights was overturned, but the court made no pronouncement on the content of those rights.”

In that regard, the lawyer for Nueva Democracia stated that this shouldn’t be considered a victory for free speech and freedom of religion.

“Although Kika can repost her video because the ruling that unjustifiably censored her was overturned, the truth is that this is due to procedural reasons. There is no decision here that allows us to affirm that the Court ruled in favor of freedom of religion and free speech,” he reiterated.

Guevara criticized the Constitutional Court for not giving Nieto’s case “the importance it deserved.”

“We were dealing with a case that obviously violated free speech, religious freedom and there was a Court precedent (SU-355 of 2019) and none of that was taken into account,” he added.

Tomás Henríquez, ADF International Area Director for Latin America and the Caribbean, declared that “if we value a free society, protecting the right to speak freely is paramount.”

“We welcome with satisfaction the Court’s decision to overturn the ruling censoring Kika Nieto. However, we regret that the underlying issue of censorship wasn’t addressed and affirm the right of everyone to speak freely. We must always choose debate over censorship,” he said.

“Ultimately, people and democracy suffer when voices are silenced,” he added.

Wife of Catholic radio host among...

Gratitude for the Missionaries of...