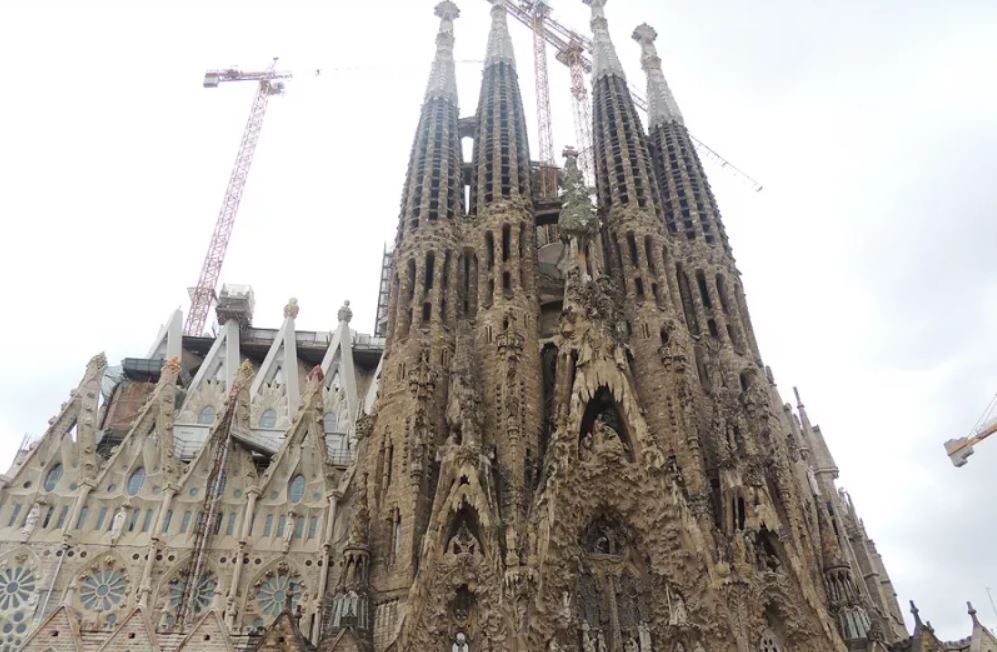 Work began Tuesday on the completion of the spire atop the Virgin Mary’s tower of Sagrada Familia in Barcelona, and is scheduled to be completed in December.

The spire will consist of a crown at the base, and a shaft topped with a star. The crown will be made of stone, almost 20 feet in height, with tips rising in an ascending sequence surmounted with 12 smaller stars.

Construction began April 20 with the placement of the wooden formwork, which will be followed by the assembly of a large part of the shaft.

When completed, the total height of the Virgin’s tower and spire will be over 450 feet, the second tallest of several towers.

The almost 60 foot shaft will have a geometric hyperboloid decoration with three arms supporting the star that tops the spire and will be made of concrete colored white and blue.

The spire will terminate with a 12-point star 24 feet in diameter made of textured glass and  illuminated from within, symbolizing the morning star, “the sign of the Virgin Mary, the mother of Jesus, the faithful protector who guides us to Jesus by day and by night,”  the Sagrada Familia construction project stated.

The cornerstone of the basilica was laid March 19, 1882. The basilica is the masterpiece of Antonio Gaudi, who devoted 43 years of his career to the project. Construction has been interrupted over the years for various reasons, but is nearing completion.

Though unfinished, Sagrada Familia was consecrated in 2010 by Benedict XVI.

A date for the project’s completion has been set for 2026, 100 years after Gaudí died in a car accident. Since his death, the progress has been based off the artist’s plaster models and copies of his drawings, which had been partially destroyed in a fire set during the Spanish Civil War, and which were later reconstructed.

The architect was a devout Catholic and has numerous modernist architectural pieces throughout Barcelona. His cause for canonization was opened in Rome in 2003.

Thousands of Hours of Live Gregori...