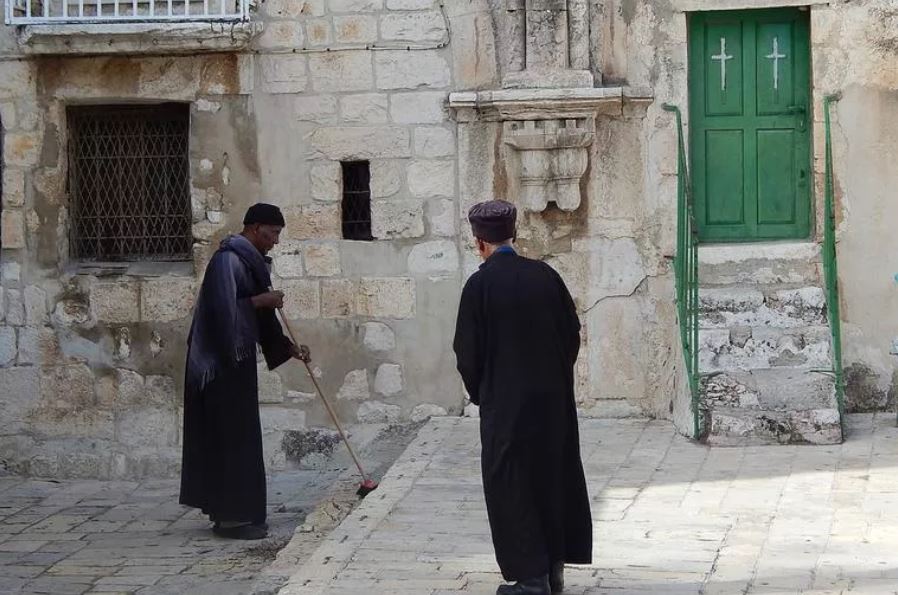 CAIRO, Egypt — A Coptic Orthodox Christian was killed by ISIS affiliates in Egypt earlier this week, five months after being kidnapped.

In a video, 62-year-old Nabil Habashy Salama can be seen being killed by a gunshot as he was kneeling in the Egyptian desert April 18.

Praying repose for #NabilHabashySalama, kidnapped by Islamists in Egypt in January, and video of his senseless, brutal execution and murder released today. Nabil’s crime was to build a church in North Sinai. #RIP

Habashy’s son, Peter Salama, released a message after the execution saying that ISIS militants “in their efforts to have him abandon the faith, they humiliated my father, and broke all his teeth to torture him. Yet, through all this, he held on, and we are so joyful for him.”

“The ISIS militants used to contact me during the time when my father was kidnapped, and, though I knew he said this under pressure, he would say ‘All is fine, thank God,’” the son said.

Egyptian security forces have captured and killed three of the militants responsible for Habashy’s death.

Habashy was abducted in front of his home in Bir-al-Abd in North Sinai in November 2020. A businessman, he owned a jewelry, mobile phone, and clothing store, and was active in the Christian community.

He used his financial resources to help build the city’s church, St. Mary.

Security forces in Egypt say they have killed three ISIS extremists involved in the murder of a Coptic Christian man. Communications Manager for @indefchristians, @sarah_bassil_, tells us what is known about the man who was killed and if he was targeted for being a Christian. pic.twitter.com/S61iYy1Czn

Sarah Bassil, communications manager for human rights organization In Defense of Christians (IDC), told EWTN News that Habashy was “a very active parishioner of the church there, and actually he helped build one of the only churches in the area, so his loss is truly felt by the community.”

Salama said that his father “poured his heart and soul into this church, and always said, ‘Do not think that I am building this church for here; I am building for myself a home in heaven.’”

In a statement, the Coptic Orthodox Church called Habashy “a faithful son and servant” who “adhered to his religion until death.”

Bassil said that the Copts of Egypt, the largest Christian community in the Arab world, continue to be denied many legal rights as they face increasing physical violence.

“Unfortunately this is the reality for the Coptic community in Egypt and IDC grows more and more worried about the situation,” she said.

Holy Week begins on Sunday for Orthodox Christian communities, which will celebrate Easter on May 2.

In 2017, two Coptic Orthodox churches in northern Egypt were bombed by ISIS militants during their Palm Sunday services. The attacks killed at least 44 people and injured more than 100.

‘Secrets of the Vatican Museums’ v...

Pope Francis to Speak at President...