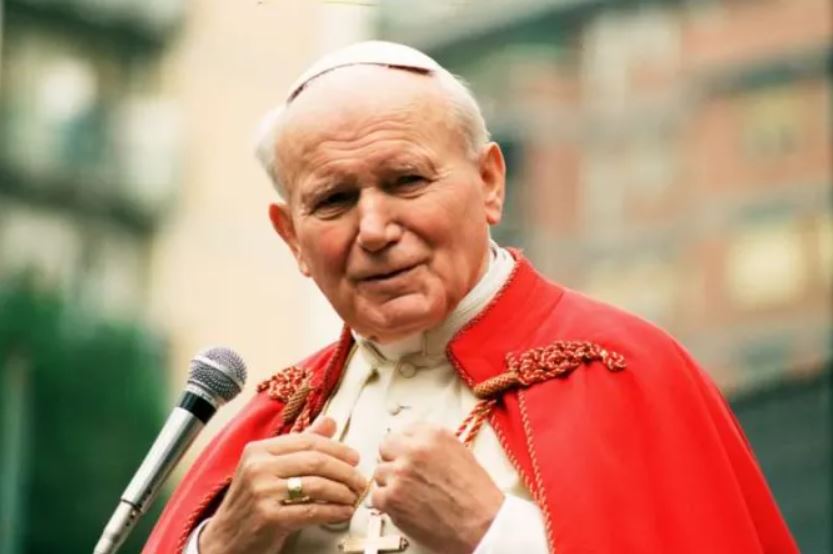 Could St. John Paul II, whose feast day is celebrated on Oct. 22, one day be declared a Doctor of the Church?

That is the hope of the Polish bishops’ conference, which called in 2019 for the Polish pope to be granted the title so far held by just 36 figures in Church history.

Archbishop Stanisław Gądecki, the president of the bishops’ conference, formally requested the designation on Oct. 22 of that year.

The request’s supporters included Cardinal Stanisław Dziwisz, the longtime personal secretary to John Paul II, who served as pope from 1978 until his death in 2005.

“Doctor of the Church” is a title bestowed by popes on saints who have made a universally significant contribution to theology.

Seventeen of the 36 people declared Doctors of the Church lived before the Great Schism of 1054 and are also revered by Orthodox Christians.

Pope Francis has already proclaimed one new Doctor of the Church, the 10th-century Armenian monk St. Gregory of Narek.

The pope announced earlier this month that he would add another: the second-century bishop St. Irenaeus of Lyon, who he intends to declare “Doctor unitatis” (“Doctor of Unity”).

John Paul II himself proclaimed just one Doctor of the Church: St. Thérèse of Lisieux.

In a 1997 apostolic letter explaining the decision, he noted that the 19th-century French Carmelite nun is “not only the youngest Doctor of the Church, but is also the closest to us in time.”

He also outlined some of the characteristics associated with Doctors of the Church. These included “eminent doctrine,” which he described as a fundamental requirement, being an “authentic teacher of faith and the Christian life,” helping to “extend the kingdom of God,” and possessing “universality.”

John Paul II, born Karol Wojtyła on May 18, 1920, survived the Nazi occupation of Poland and helped to lead the Church’s resistance to the oppressive communist regime that followed.

The first non-Italian pope in 455 years, he made more foreign trips than all previous popes combined and played a role in the collapse of the Communist Bloc.

The Polish bishops did not make the case for John Paul II as a Doctor of the Church solely on his writings. They also emphasized his historical significance, as they were asking Pope Francis at the same time to declare his predecessor a patron of Europe.

In a letter to the pope, Gądecki wrote: “The richness of the pontificate of St. John Paul II — called John Paul II the Great by many historians and theologians — flowed from the richness of his personality — a poet, philosopher, theologian, and mystic, realizing himself in many dimensions, from pastoral ministry and teaching, through his leadership of the universal Church, to his personal testimony of holiness of life.”

The archbishop wrote in February 2020 to the presidents of the world’s bishops’ conferences, asking them to support the proclamation.

Gadecki offered an update on the movement to declare St. John Paul II a Doctor of the Church and patron of Europe in October 2020.

In an address to a conference in Warsaw, he said that the Vatican Secretariat of State noted that there were already six patron saints of Europe and that the pope did not wish to add to their number at present.

The Secretariat added that “it is not generally envisaged at this time to confer the title of Doctor of the Church even on such authors who have had a significant influence on the teaching and development of doctrine.”

Summing up the situation, the Polish archbishop said: “This does not mean that the cause is lost. The seed has been sown, it just needs some patience and time for it to bear fruit.”

Pakistan and England, Orthodoxy an...