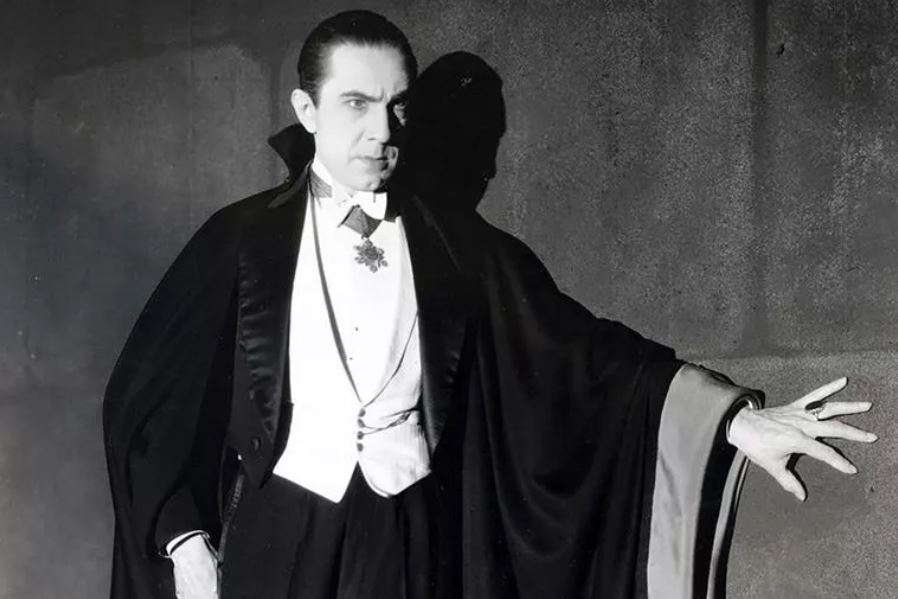 “Enter freely, and leave some of the happiness you bring”

Released in 1931, Dracula, the film adaptation of the celebrated 1897 novel, starred Bela Lugosi.

On account of the film’s success, its eponymous lead actor became an international movie star overnight. A respected stage performer, Lugosi’s life thereafter was transformed, not least because the role of Dracula and the actor who played it now became synonymous.

What Lugosi did not know then was that as a name shines brighter in lights above the movie theater so, inevitably, the shadows must lengthen below. In what was to follow, the actor’s life took on the appearance of a never-ending struggle to escape the confines of the vampire cape that slowly began to envelope him.

According to Universal Studio’s publicity machine, the star of its latest box office smash was born of noble stock in the land beyond the mountains, in the realm of the vampire itself, namely, Transylvania. The truth was more mundane. Béla Ferenc Dezső Blaskówas was born in 1882 in the industrial town of Lugos, hundreds of miles from Transylvania. His family was middle class and Catholic.

That said, his life prior to his most famous role was eventful, even more so than any studio could invent. Lugosi had “played” many roles: a child runaway, a decorated World War One veteran, an intellectual, Shakespearean actor, husband, revolutionary, movie star in Berlin with the renowned UFA studios, lover, husband again, husband once more, and much else besides. These were just some of Lugosi’s roles before in the winter of 1920 he bluffed his way onto a merchant ship bound for New Orleans.

After he landed in America, he was to become identified with only one role; the role that would slowly drain the creative lifeblood from his veins.

It began on Broadway. Lugosi played the part of the vampire count in the stage adaptation of the novel.  The play was a hit. But for him success on the New York stage with Dracula was welcome, if hardly unexpected. Remember Lugosi was a serious actor. He looked forward to many more nights of standing ovations and rave reviews for his performance. He also looked forward to other parts, more demanding roles. In fact, he wished to explore the full repertoire of classical theatre. Soon he would move on, he thought, when, like any actor, he grew tired of the role.

For Lugosi, however, Dracula proved to be something else.

“Enter freely, and leave some of the happiness you bring.” So says Count Dracula to Jonathan Harker, the innocent who, at the start of Bram Stoker’s novel, travels to the vampire’s lair. Perhaps these fictional words might also apply to Lugosi. In an interview he had this to say: “The role seemed to demand that I keep myself worked up to fever pitch, so I took on the actual attributes of the horrible vampire, Dracula.”

Ominous signs appeared of this even while he played the role on Broadway. Take a look at this curious newspaper report (“‘Dracula’ Star: Same at Home”) from the Los Angeles Times, Dec. 10, 1929:

“Bela Lugosi, star of “Dracula,” a play which has had long runs where it has been shown, carried his temperament into the home and was unable to cast aside his irascible part of the role when he entered his home, his wife, Beatrice W. Lugosi, testified in the divorce court here to substantiate her plea for divorce…”

Ultimately all roles are masks that actors put on and remove at will. But what if the mask cannot be dislodged? What if after the lights have faded and the crowds long since departed for home the mask remains? The success on Broadway would be nothing in comparison to that which subsequently Hollywood would gift. After the release of the film version of Dracula, there was to be no way out for Lugosi, no way to remove the mask he had created — and no matter how hard he tried.

Those last years were filled with bathos. Success, at best a mercurial element, had vanished for the actor almost as quickly as it had unexpectedly swamped his life. Lugosi had known the heights of worldly success if for a shorter time than one might imagine; by the close, he had come to know the depths of despair more. Only a few years after his stunning entrée into the collective consciousness of the world, he was acting in, or perhaps more aptly toiling in, the “factory” of what was termed Poverty Row films. The name given to this genre speaks for itself. Artistically, he had become “undead.”

“I look in the mirror and say to myself: Can it be you once played Romeo?”

Broken film contracts, broken relationships, five marriages and myriad drug problems were in time to exacerbate Lugosi’s sorrows. Yet even as the end draws near, he is still working. But the part, if no longer called that, is still Dracula.

The B-movie Plan 9 from Outer Space (1957) was to be his concluding film. Today, it is regularly voted one of the worst movies ever made. Lugosi died four days into its shooting — his part was later filled by the director’s wife’s chiropractor, as a favor. Yet, in the final edit of the film, the last footage of this most mysterious of movie stars we see Lugosi, still dressed in the vampire cape, standing beside an open grave.

Subsequently he was buried in his Dracula cape at Holy Cross, Hollywood’s Catholic cemetery. Upon the grave stone are written the words:

Alongside the inscription is a cross. On it are carved the letters: IHS.

One can only pray that, as in the best horror tales, the Cross did indeed prevail.

Dante’s Message From the Underworl...