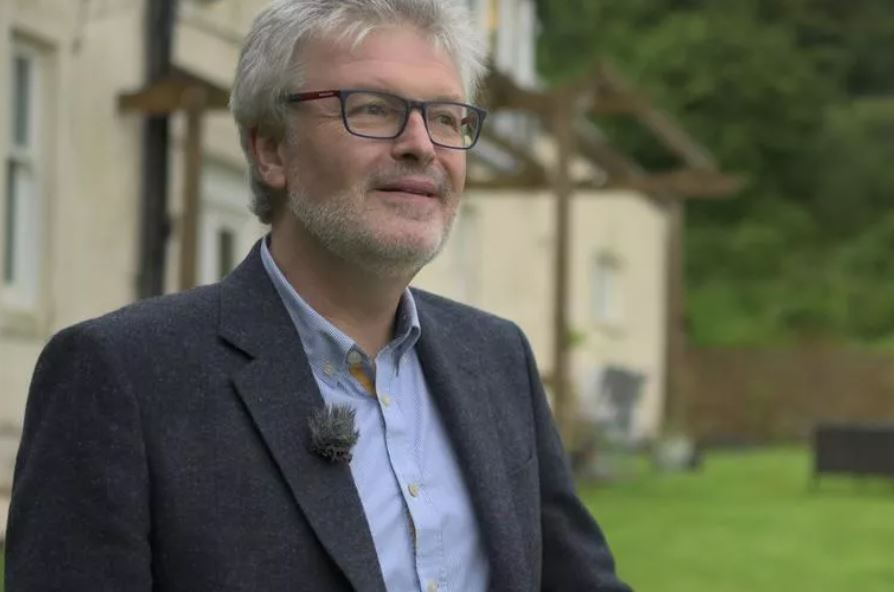 Sir James MacMillan, the foremost modern British composer and a forthright Catholic, says ‘music is the perfect art form to bring people together to see a better world.’

“In the modern world Catholicism has taken up its mantle as a countercultural force. In the arts and in music, what makes up the ballast of that culture is the exploration, in sound, word and image, of the life of Christ.”

So says Sir James MacMillan, when speaking to the Register this summer at his home in Scotland.

Sir MacMillan is among the top five most-performed living classical music composers in the world; of late, MacMillan hosted the BBC Radio 4 series Faith in Music, and presently his music is regularly heard on classical music stations in the United Kingdom and beyond.

Although very much part of the modernist approach to musical composition, he is an outspoken defender of the value of tradition in art. Intriguingly, in the radically secular world of modern classical music, he is also a devout Catholic.

So what role has Catholicism played in shaping his view of music? “Major modernist composers of the last hundred years were, in different ways, profoundly religious,” he explained. “[Igor] Stravinsky was as conservative in his religion as he was revolutionary in his musical imagination, with a deep love of his Orthodox roots as well as the Catholicism he encountered in the West. He set [to music] the Psalms; he set the Mass; he was a man of faith. [Aaron] Schoenberg, that other great polar figure of early 20th-century modernism, was a mystic who reconverted to Judaism after he left Germany in the 1930s. His later work is infused with Jewish culture and theology, and he pondered deeply on the spiritual connections between music and silence.”

He sees it as no surprise that 20th-century American composer John Cage chose to study with Schoenberg. “Cage found his own route to the sacred through the ideas and, indeed, the religions, of the Far East,” he said. “It is intriguing that his famous, or, indeed, notorious 4’33’ (that is four minutes, 33 seconds of silence), a profound provocation to our listening culture and sensibilities or lack of them, was originally entitled Silent Prayer.”

The composer views music as producing two “theologians”— J.S. Bach and 20th-century French composer Oliver Messiaen. The latter he described as “famously Catholic,” commenting that “every note of his unique contribution to music was shaped by a deep religious conviction and liturgical practice. He was a powerful influence on Boulez and Stockhausen — both major figures of the post-war avant-garde — and, therefore, can be counted as one of the most impactful composers of modern times. His Catholicism, far from being an impediment to this, was the major — indeed, singular — factor behind it.”

MacMillan went on to point out that ​the list of composers of recent times who he said “radiate a high degree of religious resonance” is substantial. He cites a whole generation of post-Shostakovich modernists from behind the former Iron Curtain — Henryk Górecki from Poland, Arvo Pärt from Estonia, Giya Kancheli from Georgia, Valentin Silvestrov from Ukraine, and Russians: Alfred Schnittke, Sofia Gubaidulina and Galina Ustvolskaya. He sees these figures as “courageous” men and women who “stood out and against the prevailing dead-hand orthodoxy of the day, [namely], state atheism.”

This unexpected 20th-century musical movement towards the sacred was not confined to composers of the former Soviet Union, though. Reflecting on the British composers who turned to religious sentiment MacMillan said, “In this country, after Benjamin Britten have come Jonathan Harvey, John Tavener and many others.” He concluded that, “far from being a spent force, religion has proved to be a vibrant, animating principle in modern music and continues to promise much for the future. It could even be said that any discussion of modernity’s mainstream in music would be incomplete without a serious reflection on the spiritual values, belief and practice at work in composers’ minds.”

With such a relatively recent but extensive tradition of composers influenced by religion, he said he feels encouraged by this legacy in his own work and outlook as a Catholic composer in today’s secular environment.

His return to the sacred is a development made all the more surprising given that this now British Knight of the Realmhe — was knighted by Queen Elizabeth in 2015 — was, in 1973, at the age of 14, a member of the Young Communist League. “I briefly joined the Young Communist League when I was 14! It was a mistake, but I was too young to really know what I was doing,” he reflected, before adding, “I’m still ashamed about it, though. At the time, there was a lot of talk about dialogue between the left and the Church. Liberation theology grew out of this and other experiments. In retrospect, it all feels wrongheaded and gave advantage to enemies of the Church, although that’s not how I saw it then.”

What changed his theological views was his encounter with the Order of Preachers. This was, he said, “a marvelous way to educate myself about life, never mind religion and politics, and my wife Lynne and I became lay Dominicans for some time in our 30s and 40s. We are unable to follow the Third Order life any more, but we have always been close to the Order of Preachers, and many Dominicans are friends.”

Born in Scotland in 1959, MacMillan grew up in what he describes as “a strong Catholic community in the west of Scotland, where there were important links between families, schools and parishes.” But even then it was music he says that provided his spiritual direction, and from an early age. “I was co-opted to help with music and liturgy at school and in the parish,” he recalled. “Being close to the organization of worship and being involved in the ritual prayer of the Church and being regularly in the vicinity of the Blessed Sacrament were all sustaining experiences and influences on my life. Then, when I went to the University of Edinburgh, I came into close contact with the Dominicans, and that helped me grow from a childhood Catholicism to something that would shape my adult life.”

MacMillan has two daughters and a son. In 2016 his 5-year-old granddaughter, Sara Maria, died. She had suffered from Dandy-Walker syndrome, a congenital brain condition. Speaking of her death, he said, “We have been blessed and transformed through knowing and loving Sara and being known and loved in return by her.”

MacMillan first attracted critical acclaim in 1990, with his celebrated BBC Proms premiere of The Confession of Isobel Gowdie. Since then, his concertos, symphonies, operas and choral works have been performed by some of the world’s greatest soloists, choirs and orchestras, including the London Symphony Orchestra and the New York and Los Angeles Philharmonic Orchestras. Alongside his faith, the other great influence on his music is Scotland. “I grew up with Scottish country dance music, and then I got involved in folk music in my 20s,” he explained. “These experiences were important and were absorbed into my subliminal thinking in my music. And with the Ayrshire connection, there is Robert Burns and all those wonderful songs.”

MacMillan has spoken out against the sectarianism in Scottish society, where Catholics make up 16% of the population. Is sectarianism still a problem today?

“In August 1999, I made a speech at the Edinburgh International Festival called ‘Scotland’s Shame,’ arguing that anti-Catholicism was a barrier to genuine pluralism,” he explained. “At the time, it seemed to cause a bit of a stir. But looking back, it seems more like a storm in a teacup. I still get asked about it, though.”

“What I recall most about the response to my speech,” he added, “was the defensiveness of many in the public eye, as well as the fear of several within the Catholic community about having a freewheeling, open discussion about their place in the ‘new Scotland.’ Perhaps the problem was that taboos were being broken — I had asked that a minority might look at its role in the wider society, and I also asked what kind of Scotland could work for all its citizens.”

Ten years ago, MacMillan came to national and international attention when he was commissioned to write the music for Pope Benedict’s British visit. “I had developed a lot of interest in Joseph Ratzinger long before he was Pope,” he remembered. “I had been introduced to his writing on liturgy and other things in the 1980s. My friend Dominican Father Aidan Nichols had brought Ratzinger to the U.K. to give lectures at that time, and they had been greeted with much enthusiasm and appreciation. Subsequently, I read Ratzinger’s 2000 book, The Spirit of the Liturgy, which gave so much encouragement to many. I had also been involved in writing new music for the papal visit, and in particular for the large open-air Masses in Glasgow and Birmingham, as well as for the Mass at Westminster Cathedral. I remember the visit fondly and as a happy and exhilarating time.”

The Job of Unity

The 2010 papal visit to the United Kingdom was not without its controversy. In today’s increasingly polarized debates about how society should be ordered across the world, does MacMillan see music as a potentially “shared space” in which people can meet?

“I discovered that before St. Cecilia was the patron saint of music,” he reflected, “the medieval music guilds throughout Europe regarded Job, from the Old Testament, as their patron: an intriguing and baffling connection; there are not many musical references in Job. However, the musicians of ancient times made woodcuts and paintings of musicians visiting Job to bring him solace in his misery, and they saw music as healing physical and spiritual wounds.” He then added, “In our time, [Sir Michael] Tippett spoke about the connections between music and compassion. It’s worth remembering this in this time of social and ideological division and mistrust. No cause is worth it if it destroys the bonds that bind man to man. And perhaps music is the perfect art form to bring people together to see a better world. Maybe the medieval music guilds were right.”

Taking the encounter of humanity through and in music a step further, does he see that “shared space” of music as potentially a way to the sacred? “There is a real burgeoning interest in spirituality in our contemporary post-religious and now-post-secular society, especially in relation to the arts,” he explained. “Music is described as the most spiritual of the arts, even by nonreligious music lovers, and there is today a genuinely universal understanding that music can reach deep into the human soul.”

5 Spiritual Effects of Baptism, In...