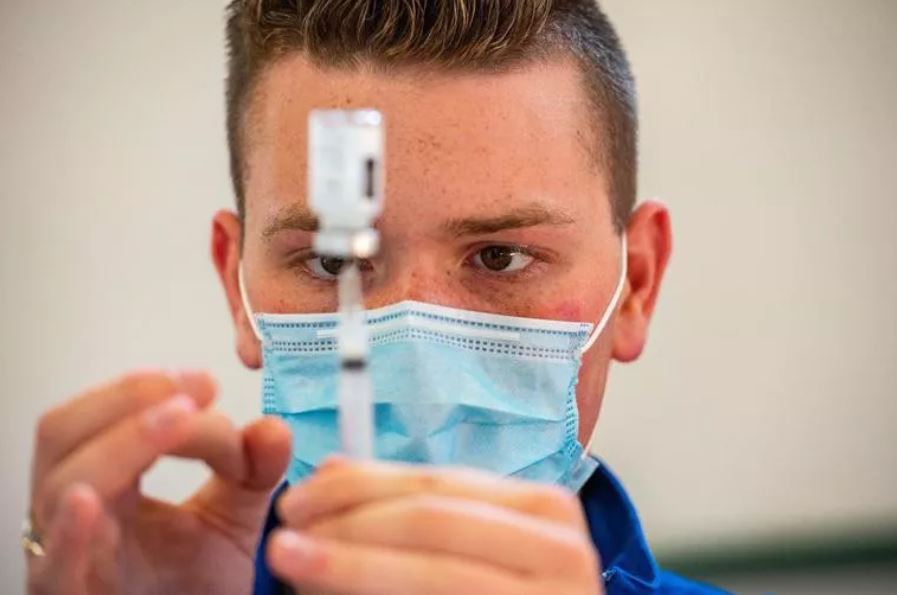 A NOTE FROM OUR PUBLISHER: We must both rightly form our conscience and also defend our freedom to use it.

As uncertainty grows over the rise of Delta-variant COVID-19 cases in the United States, one fact is abundantly clear: Divisions over how best to deal with the spread of the virus are deeper than ever.

A glance at the patchwork of U.S. state policies across the nation related to the recent coronavirus surge demonstrates the stark divides. Washington state, for example, announced Aug. 18 that all teachers and staff in any public, charter or private school would be required to be fully vaccinated as a condition of employment. To the opposite extreme, Texas Gov. Greg Abbott issued an executive order July 29 that banned government entities from requiring vaccinations. The governor has also prohibited school districts from issuing mask mandates. As many as 14 states have mask mandates either for everyone or for the unvaccinated. The District of Columbia and 21 states have some form of COVID-19 vaccine mandates. By the end of July, states introduced more than 155 legislative measures to ban employer-mandated vaccines, school mandates or vaccine passports.

The polarization is deep and is affecting communities, workplaces, families and the Catholic Church in the U.S. Amid the confusing and often-contradictory policies being hotly debated, respect for deeply held religious beliefs and the primacy of conscience is absolutely essential so that Catholics and others have the freedom to grapple prudently with the decisions they need to make to protect themselves and their loved ones, as well as the common good.

One heartening development, compared to the actions that were undertaken in many U.S. states during the pandemic’s earlier stages, is that the ability of governments to unjustly restrict the right to worship has been sharply curbed this time around. California — one of the states that transgressed most egregiously against religious freedom in its pandemic policies — recently agreed to a permanent injunction that requires the state to refrain from reimposing discriminatory restrictions against church worship services. In the future, in keeping with Supreme Court precedents arising from cases launched against unjust COVID-19 policies that targeted worship in California and elsewhere, any preventive measures imposed on churches must be applied equally to other institutions deemed to be “critical infrastructure” or “essential services.”

Similarly, on the other side of the nation, New Hampshire Gov. John Sununu signed a bill designating houses of worship as “essential services.” Consequently, they are now protected against facing stricter restrictions than those imposed on commercial enterprises like hardware and liquor stores — which, unlike churches, were allowed to remain open during the state’s initial round of lockdowns.

This growing consensus going forward in favor of protections for houses of worship is great news for faithful Catholics, who suffered profoundly from long weeks of enforced separation from the Eucharist and the other sacraments during last year’s initial pandemic church closures.

Unfortunately, there is no similar consensus nationwide regarding the equally-contentious issue of conscience exemptions from COVID-19-mandated vaccination. And as inoculation rates continue to lag in many U.S. jurisdictions, and Delta-variant case counts continue to ratchet upwards, a range of civil authorities, private employers, hospitals and other institutions, including some Catholic universities and health-care organizations, have moved to impose vaccination.

Since last year, despite considerable agreement among a wide range of Catholic authorities, including the Congregation for the Doctrine of the Faith  and the U.S. bishops’ conference, that the vaccines can be received without moral culpability, a substantial number of pro-lifers, both Catholic and non-Catholic, have objected for reasons of conscience to the vaccines currently available because all three now approved by the FDA for emergency use in the United States utilized abortion-derived tissues in their manufacturing process or in testing.

The lack of consistent criteria for conscientious objection to mandatory-vaccination policies has raised much concern. In general, vaccination should not be mandatory, even if it is strongly recommended for public-health reasons. The Congregation for the Doctrine of the Faith confirmed this in its December 2020 instruction on the morality of COVID-19 vaccines, stating that “vaccination is not, as a rule, a moral obligation and that, therefore, it must be voluntary.”

In the face of the ongoing spread of COVID-19 and various local pressures, U.S. bishops have taken varying approaches to the problem of COVID-vaccine mandates. The Archdiocese of New York instructed its priests not to provide religious-vaccine-exemption letters to parishioners. New York Cardinal Timothy Dolan’s decision was subsequently joined by a number of bishops, including Archbishop José Gomez of Los Angeles, the current president of the U.S. Conference of Catholic Bishops, and Chicago Cardinal Blase Cupich.

But, amazingly, Bishop Mark Seitz of El Paso, Texas, went even further, announcing that his diocese would itself impose mandatory vaccination for all local Church employees and volunteers, with exemptions available only for health reasons and seemingly without any conscience provisions.

Other bishops have reached the opposite conclusion and are granting religious exemptions to vaccinations. The Catholic Conference of Colorado published an Aug. 7 letter endorsing conscientious exemptions, along with a template letter for the use of individual Catholics who object to such vaccines. A similar position has been articulated by the South Dakota bishops.

Two important non-episcopal Catholic authorities, the National Catholic Bioethics Center (NCBC) and the Catholic Medical Association, have also sided publicly in favor of religious and conscience objections. The NCBC’s continuing support for conscientious objection reportedly provoked Cardinal Cupich, one of the most strident episcopal advocates of COVID-19 vaccination, to pressure the NCBC’s board to retract its position. The board members rightly refused, but on Aug. 17, the NCBC released an additional statement stressing that it’s “extremely important to embrace both respect for the common good and conscience.”

While it’s true U.S. bishops have taken vastly different decisions on the very specific question of priests or Church officials providing religious-exemption letters to Catholics who request them, leaders like Cardinal Dolan and Archbishop Gomez are not opposing the primacy of conscience — the foundational moral principle, articulated by the Second Vatican Council in Dignitatis Humanae, that individual Catholics have the right to follow their consciences if they remain convinced that getting vaccinated is morally wrong. In fact, the Archdiocese of New York memo noted the sincerity of the concerns of those who are “strongly pro-life and very loyal to the teachings of the faith,” and it specifically stated that “any individual is free to exercise discretion on getting the vaccine based upon his or her beliefs.”

The bishops who are declining to grant religious-exemption letters are not doing this to override conscience. Instead, they are prioritizing the judgments of Pope Francis and many other Church leaders that, because of this pandemic’s gravity, protection of the common good should incline most Catholics toward viewing vaccination as a moral responsibility and an act of charity.

In light of the significant effort from Catholic leaders to encourage COVID vaccinations and, at the same time, to guard against the very real threats of overreach through vaccine mandates, twofold action is needed: We must stand together for the primacy of conscience, despite disagreement over specific religious-exemption letters; and all Catholics must prudently and prayerfully reflect on Church teaching about the morality of the vaccines and our duty to contribute to the protection of vulnerable members of society. Sound moral judgments must always be made with fully formed consciences, in light of Catholic teaching, in examination of facts, and in prayer.

The COVID-19 pandemic from the beginning has stirred great anxiety and division. Until the courts intervened to protect believers from the damaging restrictions on worship last year, our religious freedom was unfairly and unnecessarily compromised by public authorities. We must be united as believers so that the same overreach isn’t repeated when it comes to respecting our conscience rights. We must stand guard. We must both rightly form our conscience and also defend our freedom to use it.