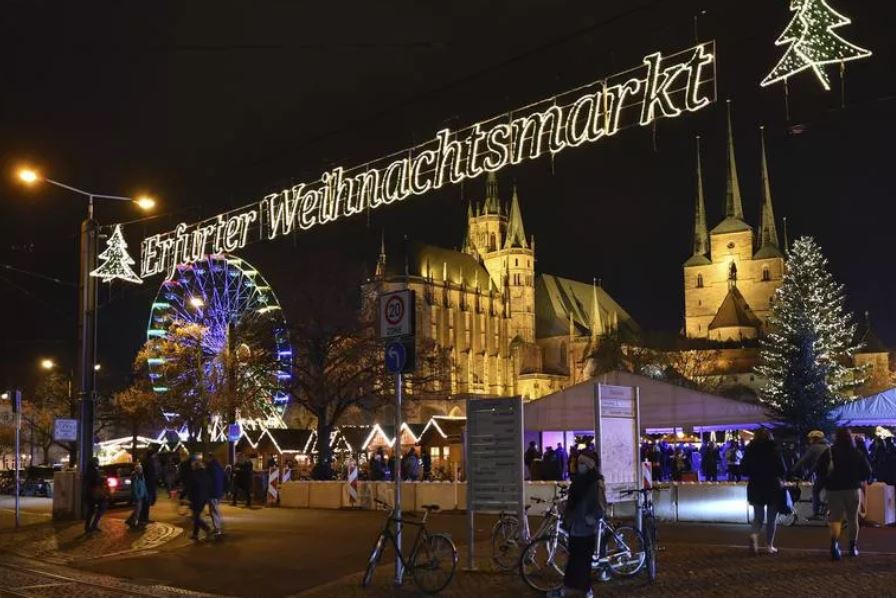 In most other European countries, the faithful are not facing similar restrictions.

ROME — As COVID-19 cases increase again across Europe this fall, access to liturgical celebrations and Church-run events are continuing largely unhindered — except in Germany and Austria.

Coronavirus cases in those two countries appear to be rising the fastest and the governments there are implementing or proposing much tighter restrictions.

Last week, the Archdiocese of Berlin announced it would implement what is called a “2G” requirement (geimpft oder genesen — vaccinated or recovered), meaning that only those who are vaccinated or have recovered from COVID-19, have a medical exemption from vaccination, or are under 18 can have access to liturgies.

The archdiocese allowed some minor exemptions, saying in a statement that in each parish on Sundays and public holidays, the unvaccinated would be able to attend under a “3G” requirement (meaning a negative test would be accepted).

But it stressed that all non-liturgical events would “generally take place according to the 2G rule” and that “masks are compulsory for congregational singing in church services, both indoors and outdoors.”

“So far during the pandemic, the health measures and level-headed behavior of fellow worshippers have shown that we, as a Church, are dealing responsibly with the situation that challenges us all,” said Father Manfred Kollig, the archdiocese’s vicar general.

The southern German Diocese of Rottenburg-Stuttgart is also ruling that parishes can impose a 2G rule similar to the one in Berlin, but only if another church without restricted access is offering services on the same day in the same location.

Some COVID-19 restrictions are different depending on the diocese in Germany, but masks and social distancing are required universally. Various dioceses are also insisting on the 2G rule for parish events such as concerts, catechesis, and Scripture studies and are discussing the possibility of renewing the need to book tickets in advance for liturgies.

As in most European dioceses, receiving Communion in the hand is now practiced as the rule in Germany and Communion on the tongue is occasionally allowed only as an exception, sometimes at the end of the Mass.

Despite 70% of its population being fully vaccinated, Germany is averaging about 50,000 new cases daily, its highest number since the outbreak began, and 200 deaths each day (it reached a peak of just over 1,000 in January). The authorities, in common with other governments across Europe, are concerned that if the numbers increase, the country’s health system will be overrun.

The German bishops’ conference, meanwhile, issued a statement on Monday “emphatically” calling on people in Germany to be vaccinated, terming it a “moral duty” and an “obligation out of justice, solidarity and charity.” The bishops view vaccination as “the most effective way” to protect oneself and prevent transmission, a means to return to “everyday life as in the times before Corona,” and cited Pope Francis’ similar appeals.

In Austria, where the government has faced large demonstrations against vaccine mandates (the country locked down only unvaccinated Austrians earlier this month and then ruled that starting in February compulsory vaccinations or a fine of $4,000 will be imposed), Catholic leaders in the country are allowing liturgies to continue but will exclude the unvaccinated from Church events in some dioceses.

The country’s strict measures come in light of some of the highest numbers of COVID-19 cases in Europe per capita, with around 14,000 new daily cases. Daily deaths are averaging around 40, lower than a peak of around 100 last Christmas.

In response to the rising number of cases, the Archdiocese of Vienna said in a Nov. 14 statement it was applying the 2G rule “to all types of gatherings, regardless of the number of people” and added it was applicable to “choirs and music groups.”

Soon after the statement was issued, Austria entered a full national lockdown on Nov. 22, forcing most of the population to work from home and closing non-essential shops for at least 10 days. Many Church-run events have been canceled, but liturgies and Eucharistic adoration will continue, subject to mask (only the FFP-2 kind) and social distancing requirements.

The strict vaccine mandate was implemented by Chancellor Alexander Schallenberg, an unelected leader who was sworn in last month after his predecessor resigned because of allegations of corruption. Austria’s bishops have so far been silent about it, despite the Congregation for the Doctrine of the Faith ruling last December that vaccination is “not, as a rule, a moral obligation and that, therefore, it must be voluntary.”

Church leaders such as Cardinal Christoph Schönborn of Vienna have said “we must follow everything government does,” said Alexander Tschugguel, director of the Vienna-based Boniface Institute, a Catholic think tank, “and they haven’t said anything about the vaccine mandate.”

Tschugguel told the Register Nov. 23 he thinks most of the bishops “will be rather supportive of the mandate while some bishops will definitely not support it, but I don’t think there will be anyone to fight this.”

The Register asked Cardinal Schönborn’s media representative if the cardinal would like to comment on the mandates but did not receive a response by press time.

Having led a number of demonstrations against the COVID-19 restrictions, which many Austrians view as tyrannical and unnecessary, Tschugguel said he was impressed by the numbers of faithful who attended a Rosary rally before Saturday’s protest.

“Normally we have a couple of hundred people at our rallies and this church had a few hundred — way more than our other meetings,” he said.

He also said priests were joining in at other churches before rallies took place, but he predicted the bishops “will be very silent on all of this.”

Austria’s bishops were to travel to the Vatican for their ad limina visit at the end of November but asked the Vatican to postpone the meeting so they could “stay with the people as a sign of solidarity in the country.” The Vatican agreed on Nov. 23 to move the visit to a date to be determined in 2022.

In Italy, France and Spain liturgies are continuing much as before — accessible to all but with usual mask mandates and social distancing requirements.

The same is true for the Vatican where the faithful can attend both liturgies and general audiences without testing or vaccination (Vatican employees and other visitors must, however, obtain a “green pass” showing vaccination recovery or negative test, while the Swiss Guard who have faced compulsory vaccination, leading to three of them to resign last month).

The Vatican has yet to announce any regulations for its Advent and Christmas liturgies. 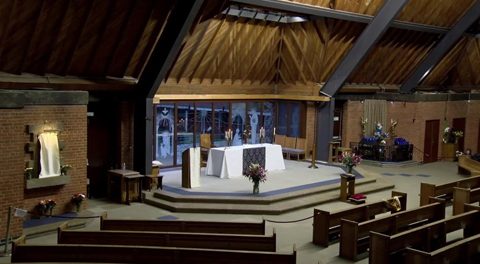 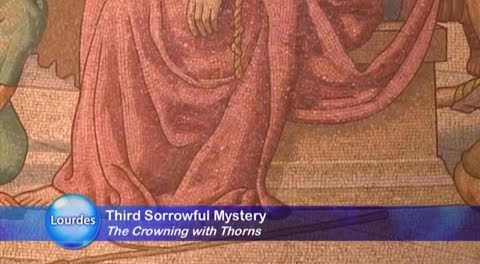 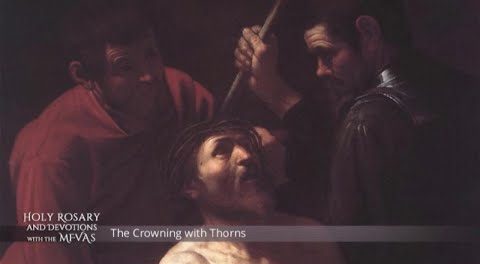