Did You Know That Edgar Allan Poe Wrote a ‘Hymn’ to Our Lady? 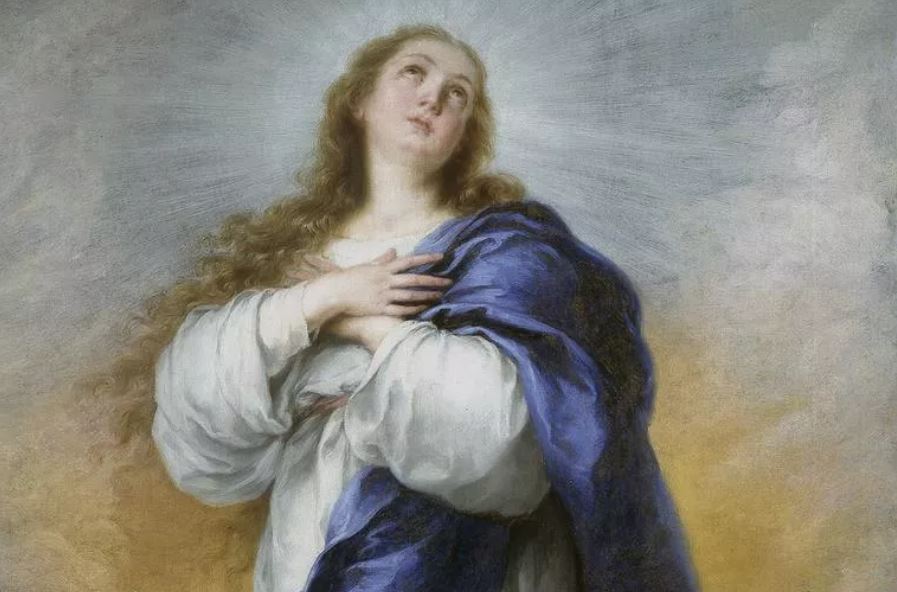 Did You Know That Edgar Allan Poe Wrote a ‘Hymn’ to Our Lady?

Poe wrote “Hymn” after hearing the noon Angelus bell ringing at a nearby church.

Did you know that Edgar Allen Poe once penned a hymn to Our Lady?

Poe, the tortured poet of the American Romantic Movement, is best known for his stories of mystery and the macabre — stories like “The Pit and the Pendulum” and “The Fall of the House of Usher” and “The Tell-Tale Heart,” and famous narrative poems like “The Raven” and “Annabel Lee.”

His onomatopoeic poem “The Bells,” which was published after his death in 1849, is believed to have been inspired by the bells of the tower at Fordham University, near his home. It relies on iambic pentameter to capture the reader’s imagination in the haunting repetition of “the bells, bells, bells, bells, the tintinnabulation of the bells …”

But amid the haunting poetry and prose which characterize the work of the troubled artist, one poem stands alone as evidence of his spiritual hunger.

Poe wrote “Hymn” after a noon-time stop into a church staffed by the Jesuits. While walking along the noisy street, Poe heard the clear ringing of a church bell. “Why,” he wondered, “would the bell be ringing at this time of day?” A Jesuit explained that the bell rang at noon, as well as at 6 a.m. and 6 p.m., to call the faithful to pray the Angelus, the prayer which reflects on the Incarnation of Christ and on Mary’s “fiat” — her “yes” to the announcement of the archangel Gabriel. The Angelus derives its name from its opening words in Latin, “Angelus Domini nuntiavit Mariæ.”

Poe had never before heard of the traditional prayer, but the Jesuit’s explanation inspired him to write the following poem:

At morn — at noon — at twilight dim —
Maria! thou hast heard my hymn!
In joy and woe — in good and ill —
Mother of God, be with me still!
When the Hours flew brightly by,
And not a cloud obscured the sky,
My soul, lest it should truant be,
Thy grace did guide to thine and thee
Now, when storms of Fate o’ercast
Darkly my Present and my Past,
Let my future radiant shine
With sweet hopes of thee and thine.

Poe’s “Hymn” was first included as part of “Morella,” a short story in the Gothic horror genre, which was published in April 1835 in Southern Literary Messenger. In that story, “Hymn” is sung by the title character. Later, it was published by its longer title, “A Catholic Hymn,” in the Aug. 16, 1845 issue of Broadway Journal.