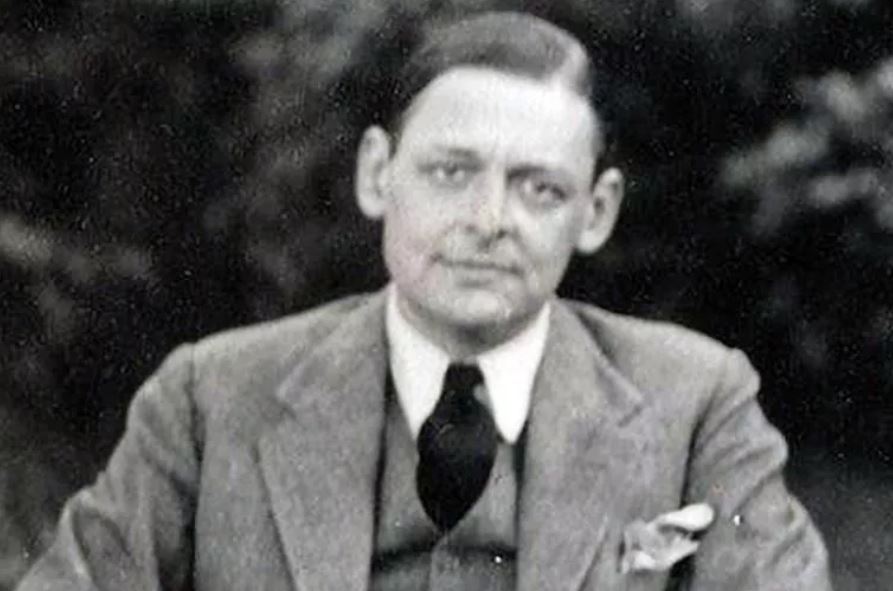 We are made to languish in this vale of tears, so why not fast?

“Teach us to care and not to care. Teach us to sit still.” —T.S. Eliot, Ash Wednesday

So ends the first of six short sections marking the middle, purgatorial phase of the finest poet of the last century, whose entire life and art were spent in ardent search of God. And while one hopes T.S. Eliot finally found him, it is not the reader’s business to speculate; although, in looking over Four Quartets, written a decade later with its imagery of promised glory beyond the grave, one would be forgiven in thinking he did.

But it is to Ash Wednesday, published in 1930 — ten or so years following the Wasteland, The Love Song of J. Alfred Prufrock and The Hollow Men, with their bleak and remorseless intimations of Hell — that one appropriately turns during this Lenten season, looking for hints that may help other pilgrims along the same way. After all, Eliot was, for all that his gifts set him spectacularly apart, a fallen human being like everyone else, immersed therefore in the common reality of the human condition.

But it is not really necessary, of course, to have read Ash Wednesday in order to know that the way of purgation is not an easy way. Which is why it is probably best not to be too gentle with oneself when starting out. I remember years ago asking a colleague what sacrifice he’d be making for Lent. “Taking cold showers,” he shot back. The news was so shocking and unexpected that it nearly froze my blood. Should I have told him about the sugar I’d be leaving out of my morning cup of tea? Thank God he didn’t ask.

Or the constant grousing I’d be doing in the wake of so intolerable a privation? How that used to drive my wife crazy. “I don’t care what you give up,” she’d say, “just so long as you give up complaining about it.” So I’d complain to my students instead, telling them how bone-weary I was of the whole ordeal. This would be around day two of the first week, I believe. What a slacker they must have thought me!

Of course, my father was worse. What did he give up? Watermelon. Year after year, the same exercise in heroic self-abnegation. Only later did it dawn on me that he never ate it anyway. If God has a sense of humor — and why not, having made the hippopotamus — I like to think of my dad’s stretch in Purgatory as consisting of a nearly endless number of watermelons, all of which he is forced to eat in holy haste.

So, there’s one resolution for you. Stop complaining. About everything. Including the fools and knaves appointed to govern us. Try, really try, to give it a break. Instead, pray for them, asking God to turn their minds and hearts to him. Saying over and over as you do, the words from the liturgy that Eliot recites at the end of section three: “Lord, I am not worthy / Lord, I am not worthy / but speak the word only.”

In other words, we need to make a serious effort to look at Lent from a higher angle. From the vantage point of Christ, that is, whose absence from our lives is the real reason for the season. “Where shall the word be found,” asks Eliot, “where will the word / Resound? Not here,” he tells us, “there is not enough silence.” And if there were enough silence in our lives, what then? Well, among other blessings, we’d certainly be spared a good many Lenten penances.

Seek out times and places of silence, then, in order to draw near to the source, to hear the Word who was in the beginning, without whom there could not be any beginning. For those who will not do so, warns Eliot, refusing the salutary summons to prayer and silence, there will be nothing to hope for:

In Heaven, of course, there will be no reason for penance. None of the saints will be wearing sackcloth and ash amid the precincts of eternal felicity. But for now the Bridegroom having gone away, it is not unnatural that we mourn his absence, especially since it is largely due to our sins that we perceive him as absent. Let the wedding guests retire for a time to await in holy patience his promised return.

And as we are made to languish in this vale of tears, why not fast? It isn’t right that he be taken from us, that we’ve driven him away by our indifference and sin. And yet, suspended as we are between two poles — that of Christ’s past presence and his future Parousia — we are nevertheless free to hope, annealed in real expectancy of his return, grateful therefore for this time of penance and prayer. Why shouldn’t we, therefore, welcome these few days of Lent, which we do most sorely need, reminding ourselves of our emptiness until Christ returns in Easter triumph?

Astrology From the Catholic Church...